Inject some humor into your art at the Society for Contemporary Craft. 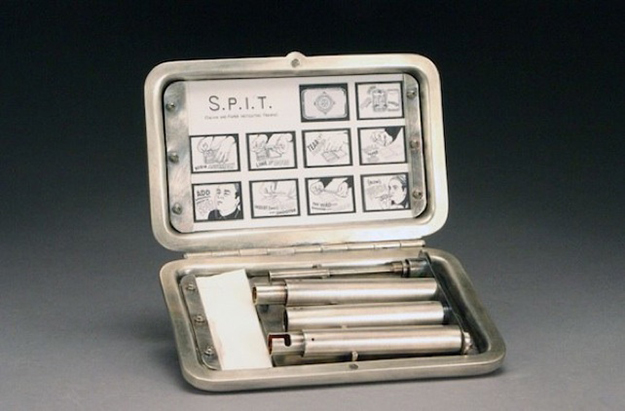 GET SOME LAUGHTER IN YOUR ART AT SOCIETY FOR CONTEMPORARY CRAFT
Funny thing, art doesn’t often have a sense of humor. It’s Serious stuff. That’s why a show like “Humor in Craft” is refreshing — especially during the summer. Guest curator Brigitte Martin, an artist and author of a new book, Humor in Craft, has assembled a fun group of 33 artists from around the globe to tackle this theme in a world-premiere exhibit at Society for Contemporary Craft. Of course, being funny requires talent and creativity — sometimes in greater abundance than when the goal is to create Serious art. The humor here can range from laugh-out-loud funny to more subtle wit, employing irony, sarcasm and political shadings. And let’s not forget that some of the most Serious things in life can be expressed in jest.

A DIFFERENT SOUTH SIDE NIGHT AT CARSON STREET DELI
Somehow, I had never wandered into the Carson Street Deli. I knew it by reputation and the history of its East Carson Street building, but that hadn’t yet motivated me to actually, you know, open the door. When I finally made a point of it, I was pleased to discover a lot more than cold cuts and mustard. A laundry list of awesome sandwiches, a bottled beer collection to rival any in Pittsburgh and perhaps the most inviting back courtyard in the South Side makes this a nice place to change up your East Carson Street routine. Read more in this week’s edition of After Dark!

THE OTHER-WORLDLY BLUES OF DELTA RAE AT GREENSBURG'S SUMMER SOUNDS
For most of us, summer isn’t complete until we’ve unfolded the lawn chairs, laid out a blanket and kicked back at an outdoor concert. But if you thought downtown and Burgettstown were your only outposts for music under the stars, think again, my friend. As part of its Summer Sounds 2012 series, Greensburg’s St. Clair Park is hosting 13 (free!) concerts this summer, including an appearance by the new-blues sextet Delta Rae. The North Carolina natives, who have been signed by legendary music mogul Seymour Stein (other clients include The Ramones and – seriously – Madonna), will be working the crowd tomorrow. Staying true to their southern roots, the band’s bluesy vibe falls somewhere between Americana, alternative and bluegrass. Click here to check out the video for their latest single, Bottom of the River — and get to Greensburg Friday tomorrow.

The folks behind the inaugural Great American Water Balloon Fight expect 3,000 contestants and 100,000 balloons to make a splash at Point State Park on Saturday. The four teams, led by local radio celebs, will make a splash in the name of charity (Team Tassy, to be exact). More info here: fightfortassy.org.

If you’ve never seen a vintage racecar, you should take the opportunity during the Pittsburgh Vintage Grand Prix, which ends this weekend. These antique vehicles parade through Schenley and Shadyside with a charm and dignity that no NASCAR racer will ever match. More info here: pvgp.org.

This article appears in the July 2012 issue of PMWeekend.
Categories: Things To Do