Macy's is Gone But Holiday Window Displays May Return

The building's new owners are working to bring back the popular, street-level window displays for at least one more season. 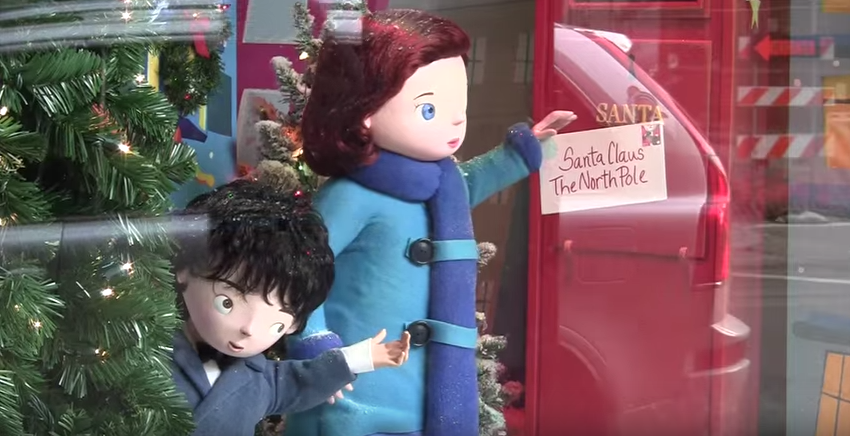 An effort is underway to continue the holiday window displays at the recently closed Macy's department store in downtown Pittsburgh.

“This year we do want to try to maintain some holiday windows, so we’re working on that right now,” Randy Mineo, executive vice president for developer Core Realty, told the Pittsburgh Post-Gazette.

Mineo said the company is talking to a couple of local groups about erecting displays in the former store's street-level windows. Those displays, many of them animated, have been a holiday tradition for decades, dating back to when the store was still known as Kaufmann's. Mineo did not elaborate on the possible number of displays nor which windows might be involved.

Core plans to covert the 13-story building into a mixed-use development including 311 apartments, a 155-room hotel and about 130,000 square feet of new retail, the paper reported.

Considering the popularity of the recent visit of the World War Two landing craft LST 325 to Pittsburgh, the next nautical arrivals to our shores should also draw a crowd.

The Niña and Pinta, authentic replicas of two of the three ships in Christopher Columbus’ fleet during his first voyage to the New World in 1492, will dock at Station Square from Oct. 1 through Oct. 12.

The Niña, completed in 1991, was built completely by hand and without the use of power tools according to the Columbus Foundation, which was formed in 1986 in the British Virgin Islands to raise money to build the boats.  Archeology magazine called the ship “the most historically correct Columbus replica ever built.”  The Pinta was completed in 2005. Manned by volunteers, both ships now sail oceans and inland waterways visiting 30 to 40 ports a year.

While in Pittsburgh, visitors can come aboard and tour the ships from 9 a.m. to 6 p.m. every day, no reservations are necessary. Admission charges are $8 for adults, $ 7 for seniors, and $6 for students 5 – 16.  Children 4 and under are free.

Teachers or organizations wishing to schedule a 30-minute guided tour with a crew member should call 1-787-672-2152 or email columfnd1492@gmail.com.  A minimum of 15 is required for a guided tour at a cost of $5 per person.  Click here for more information. 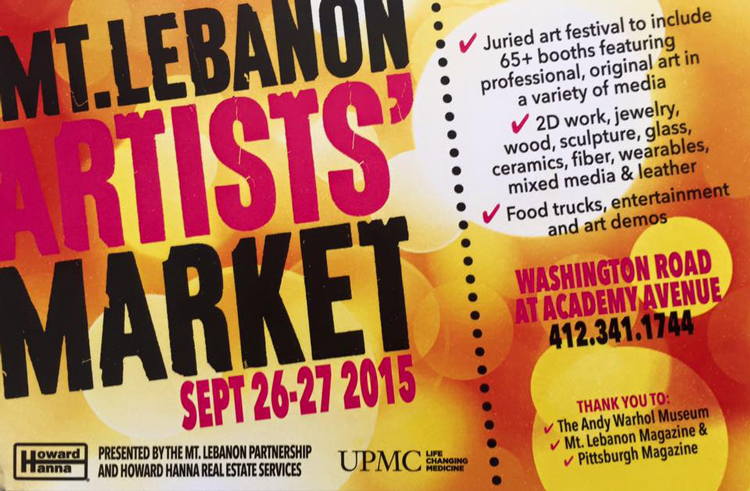 Looking for some unique art to spruce up your home and office? Head south this weekend.

The Mt. Lebanon Artist's Market, presented by the Mt. Lebanon Partnership, is Saturday, Sept. 26 from 10am-6pm and Sunday, Sept. 27 from 10am-5pm. The market is located at 27 Academy Ave. Admission is free and parking is available in two nearby garages or on the street.

This juried arts festival will feature original artwork for purchase, ranging from watercolors, photographs, woodwork, jewelry, to film/digital content, ceramics, and others. Pittsburgh artist Brett Mason is a Mt. Lebanon Artist’s Market veteran. His watercolors, featuring local landmarks such as Frick Park or Washington’s Landing, will be present again this year.

You can also enjoy music and good food. Performances by the Luke Williams Band and on site vendors such as Pittsburgh Crepes, Arancini House, Pitaland and Family Farm Creameries, promise to keep the market atmosphere warm and lively.

Your children can even create art of their own. The Andy Warhol Museum’s program, Warhol for Kids, invites kids to create their very own take-home collages in the colorful and quirky Warhol way.

Make room on the fridge for those.