The former mayor throws shade at Bill Peduto via some passive-aggressive retweeting. 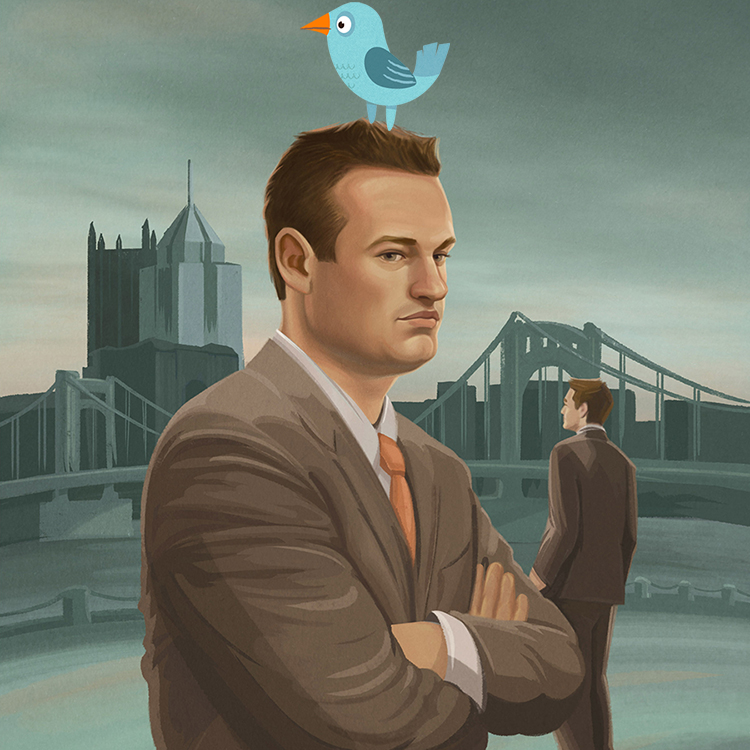 I was worried about Luke Ravenstahl. How do you go from being one of the most-powerful men in Pennsylvania to a 34-year-old career politician with the scent of FBI ethics inquiries following you around like the odor of three-week-old sauerkraut? I don’t think Febreze has a spray for that.

Talk about a jarring life change. How do you handle that?

Do you pull a Dan Onorato and go corporate?

Do you pull a Tom Murphy and become a consultant?

Do you pull a Sophie Masloff and just continue to be awesome?

Instead of moving on with a clean slate, Ravenstahl returned to Twitter to throw some shade at “da haters,” and more specifically, his successor Bill Peduto. Ravenstahl smacked the big red button … and landed on a Whammy. 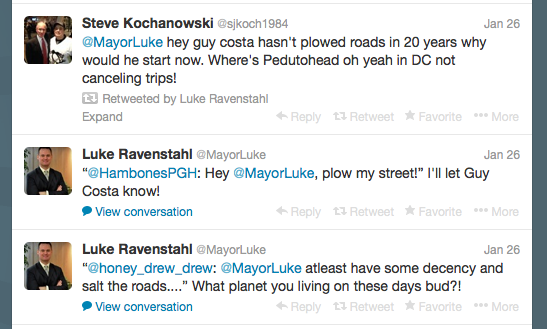 I … I don’t even know where to start.

Can we talk about how Luke Ravenstahl cannot physically type out the word “you”? 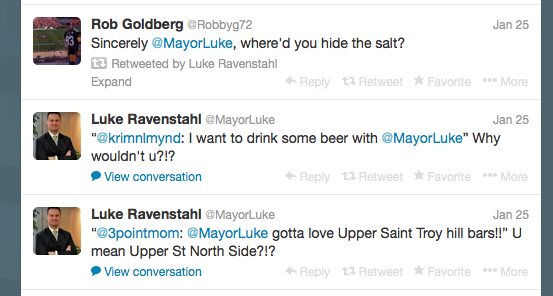 Come on down and have a chug with ol’ Mayor Luke. U won’t regret it!

Can we talk about how he broke his post-retirement Twitter silence to pettily retweet digs at Peduto, who was in D.C. for the U.S. Conference of Mayors and meetings with President Obama when Pittsburgh got six inches of snow? 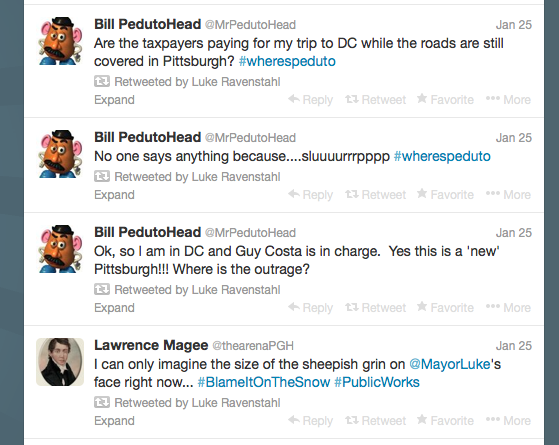 Ravenstahl clearly was hoping ’Burghers would consider it comparable to the time he celebrated his birthday at Seven Springs’ Foggy Goggle while Pittsburgh was completely crippled by two feet of snow.

Can we talk about how he hasn’t yet bothered to update his bio to reflect his current employment status? 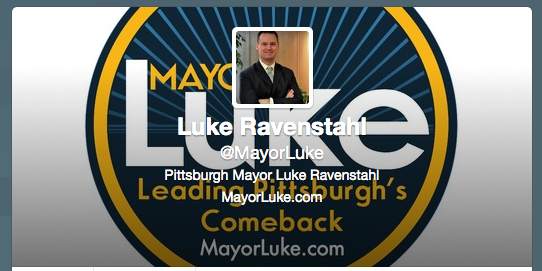 [Luke, you can edit your bio right in your profile now. Just click and type “consultant.” Go on. I’ll wait.]

Nah. Let’s instead talk about this: While Ravenstahl was mayor, there were quite a few who believed that a peek behind his suit-and-tie politico-bot facade would reveal a hoodie-wearing, still-maturing, petty fratboy making poor choices while faltering under the weight of hedonistic power.

Ravenstahl fought year in and year out, for seven hard years, to prove them wrong — to craft an image. He angrily battled critics and scolded the media, contending that the recurring scandals were nothing more than molehills they had built up into Everest-sized mountains to satisfy their ravenous hunger for a juicy story. Sure, there were rumors and grainy club pictures and whispers. But Ravenstahl would spackle and paint those dings in the walls of his public-servant persona.

All that work. All that fighting. All that exhausting daily effort to create that facade, only to set it ablaze and completely burn it to the ground with a few petty tweets and retweets.

That he’s chosen to behave this way online is even more puzzling after yesterday’s revelation that he is launching a consulting company, Ravco, that will help oil and gas firms. Now that Ravenstahl is looking to build up a legitimate business, he’ll be back to speaking to the media in his “myself-and-other-individuals” Politico-bot-2000 speak — trying to put the pieces of the facade back together.

Whether you were a defender or a critic of Ravenstahl, the truth now is evident: He is who we thought he was (#DennisGreen).

I’m almost sad about it.

P.S. Dear @MrPedutoHead. Please research how a parody account is supposed to work. You’ve hit a Whammy. Hey, wait a second … Have we ever seen Ravenstahl and @MrPedutoHead together in the same place?

This article appears in the January 2014 issue of PittGirl.
Categories: PittGirl