A look back at Charles Lindbergh's visit to the Steel City while on a whirlwind tour. 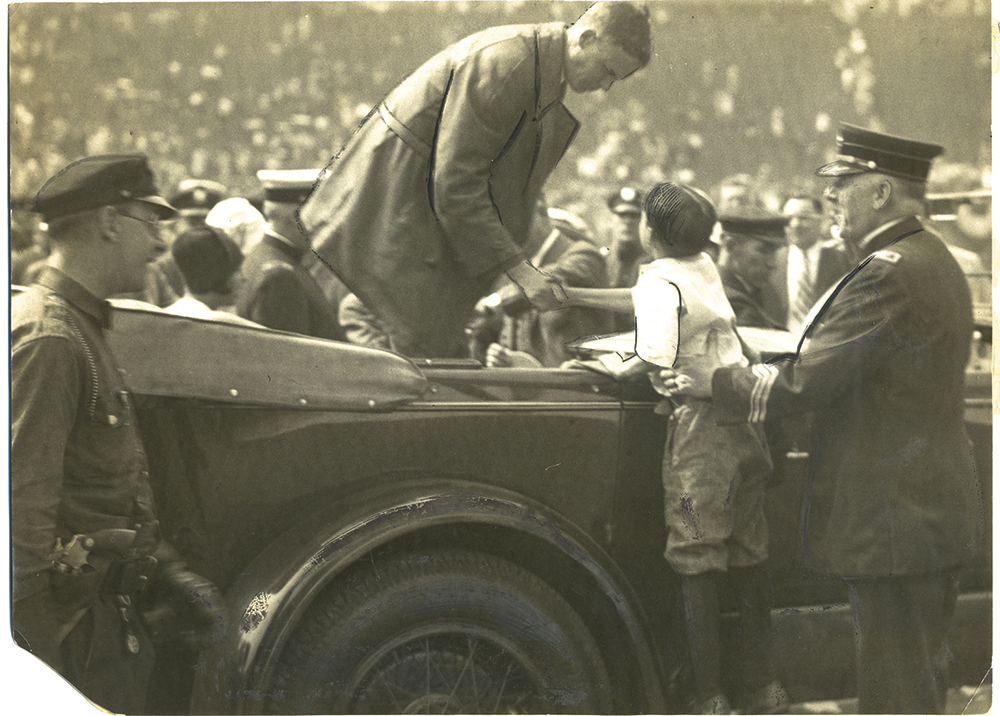 When aviator Charles Lindbergh landed at West Mifflin’s Bettis Field around 2 p.m. on Wednesday, Aug. 3, 1927, he was 25 years old. Lindbergh was one of the most famous people on the planet, and thousands of Pittsburghers (The Pittsburgh Press estimated 50,000; the Pittsburgh Post-Gazette reported 100,000) showed up to see him and his silver plane, the Spirit of St. Louis. He was on a victory tour of America; Pittsburgh was one of 75 stops he made in 48 states.

Roughly two months earlier, Lindbergh had delighted the world by flying alone across the Atlantic Ocean, winning a $25,000 prize in the process. He made his famous 33.5-hour flight from New York to Paris on May 20 and 21, and he landed as a superstar.

Here in western Pennsylvania, he rode with Pittsburgh Mayor Charles H. Kline from Bettis Field through the neighborhoods of Lincoln Place and Hays to Carson Street. When the car crossed the Smithfield Street Bridge into downtown, observers threw confetti from high windows. The streets were full of admirers, including many who worked a half-day so they could holler and wave at “Lucky Lindy.” The Post-Gazette reported, “Paper fell in clouds.”

The motorcade ended at Pitt Stadium in Oakland. Mayor Kline introduced the aviator, saying, “He is not only the great American ace but the whole deck of cards!” Lindbergh rarely smiled but told the crowd that filled the stadium: “You in Pittsburgh already have an airport. That must be developed if you are going to keep Pittsburgh on the air map. The people must get behind the movement to develop aviation in the United States.”

At 4:25 p.m., Lindbergh checked into a room on the 15th floor of the William Penn Hotel and ordered a sandwich and a bottle of milk; his every move was watched and reported in the newspapers. A thousand prominent Pittsburghers later joined him for a banquet in the ballroom; every guest received a medal bearing the likeness of Lindbergh and his mother. The medals are still prized among Lindbergh collectors.

At the banquet, Lindbergh was reminded that Pittsburgh played a role in his historic flight: The Spirit of St. Louis propeller was manufactured here. Since then, other historians have pointed out that Alcoa in Pittsburgh developed the aluminum alloys used in the body of the plane.

The next morning, Lindbergh returned to Bettis Field, where an even-larger crowd than the previous day’s gathering watched him depart. At 1:30 p.m. he took off, heading west toward Langin Field at Moundsville, W.Va.

At least two later visits to Pittsburgh caught the attention of local newspapers: in 1930, when bad weather forced Lindbergh to spend an unexpected night here (again at the William Penn); and in 1933, when he and his new wife, Anne Morrow Lindbergh, were forced to pause at the new Allegheny County Airport for about five hours because of fuel problems. They dined there on hot dogs.

Thanks to the Omni William Penn Hotel and the Pennsylvania Department at Carnegie Library of Pittsburgh for their assistance with this article.

This article appears in the January 2014 issue of Pittsburgh Magazine.
Categories: Rick Sebak