Love the Blues? Head for Hartwood Acres This Weekend

The three-day Pittsburgh Blues Festival has become known for scoring top-tier talent in pursuit of raising as much money as possible for the Greater Pittsburgh Community Food Bank. 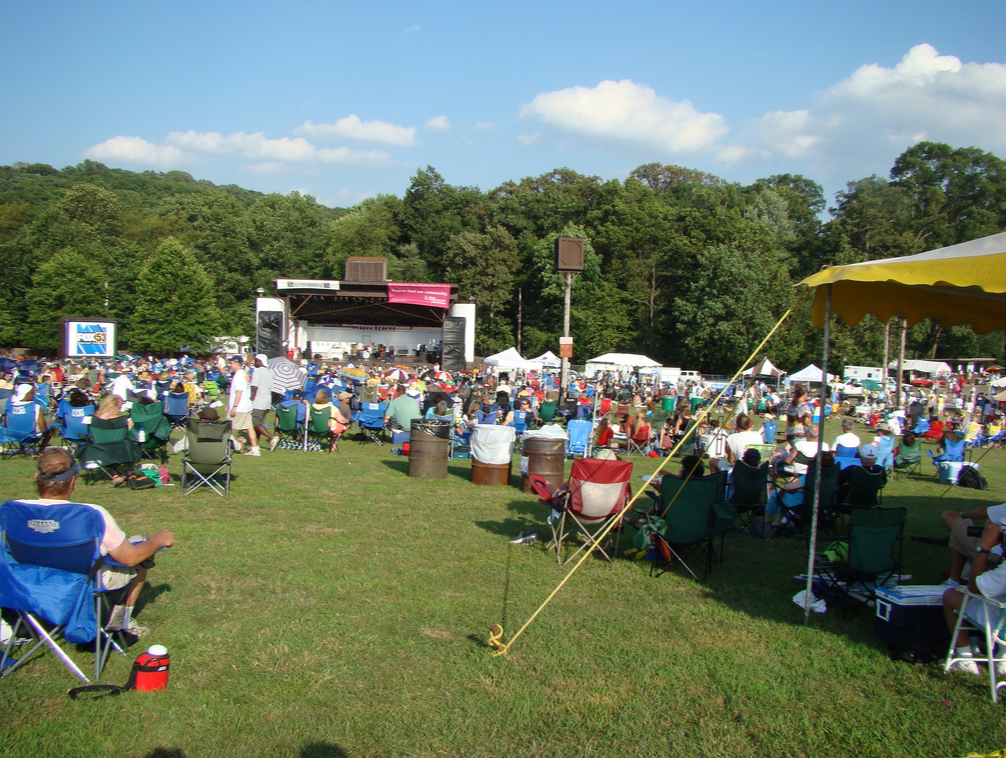 A year removed from its 20th anniversary, the Pittsburgh Blues Festival is bringing another lineup of legendary acts to scenic Hartwood Acres — electric blues pioneer Buddy Guy, frequent Blues Music Award winner Bobby Rush and “Across the Universe” star Dana Fuchs top this year’s lineup. The three-day fest has become known for scoring top-tier talent in pursuit of raising as much money as possible for the Greater Pittsburgh Community Food Bank. So far, it's been a success — over the festival’s first two decades, they’ve raised more than $2 million.

So raid your kitchen pantries: Friday’s show is free for anyone who brings a bag of nonperishable food items for the Food Bank. Children 12 and under get in free for the entire weekend; the rest of us have to buy tickets to get into Saturday and Sunday’s shows (although you can save a few bucks if you buy them in advance). Event organizers suggest that you come early with lawn chairs and blankets to claim a good spot.

DON’T LET YOUR CIVIC PRIDE OVERRIDE YOUR GOOD TASTE
Pittsburghers tend to get pretty pumped anytime a local project or product gets national attention. (We’re not blaming you; no one gets more excited than us for homegrown stuff.) This certainly applies to locally-made movies; whether we’re talking about truly ’Burgh-bred films like “Me and Earl and the Dying Girl” or flicks that simply chose to film here, like “The Dark Knight Rises,” we like to cheer for the movies that brought Hollywood to Pittsburgh. Sometimes, though, the movies aren’t worth cheering for — and we shouldn’t feel the need to buy a ticket simply out of black and gold pride. To that end: in this week’s After Dark, we’ll tell you why you shouldn’t bother seeing the locally-filmed boxing drama, “Southpaw.” Read on to save some cash at the box office this weekend!

EVERY PIRATES SERIES IS IMPORTANT … BUT THIS ONE IS EXTRA IMPORTANT
At this point in an already-tight race for the N.L. Central crown, every pitch of every Pirates game takes on extra importance; with divisional rivals the St. Louis Cardinals playing like they’ve activated a cheat code, there’s no such thing as a throwaway set of games. But this weekend’s four-game series with the Washington Nationals is going to be critical: Not only are the N.L. East-leading Nats a formidable foe, they could well end up a playoff opponent for the Bucs. What’s more, with St. Louis facing off against the dismal Colorado Rockies this weekend, anything less than a sweep by the Pirates could allow the Cardinals to open up a huge lead in the standings. Head to PNC Park to catch some playoff-caliber action — and if the storylines don’t hook you, we’ll point out that it’s a fireworks night tonight and a Free Shirt Friday tomorrow.
(7:05 p.m. Thu-Sat, 1:35 p.m. Sun; click here for tickets and more info)

IN THEATERS: It’s Adam Sandler vs. some very familiar-looking aliens — space invaders, you might call them — in “Pixels,” an action-comedy with a thing for early-1980s arcade games. Elsewhere this weekend, the aforementioned “Southpaw,” starring Jake Gyllenhaal as a troubled prize fighter, arrives in local theaters, as does “Paper Towns,” adapted from a book by “Fault in Our Stars” author John Green.

Caroll Spinney, the puppeteer who gave life to “Sesame Street” characters Big Bird and Oscar the Grouch, will appear Saturday at Dormont’s Hollywood Theater for an event this Saturday morning. He’ll take questions about his career and introduce a screening of the 1985 children’s film “Sesame Street Presents: Follow that Bird.” Click here for more info and tickets. — S.C.

A summer concert tradition returns to town after a long hiatus this Saturday night. The first of two X-Fest shows at Stage AE, presented by WXDX-FM, stars Rise Against, Chevelle and Killswitch Engage. Click here for tickets. — S.C.