The builder of two stadiums, a billion-dollar football business, NFL labor harmony and racial sensitivity, and bridges between constituencies –– he was an everywhere man whose soft, steady hand was felt everywhere. 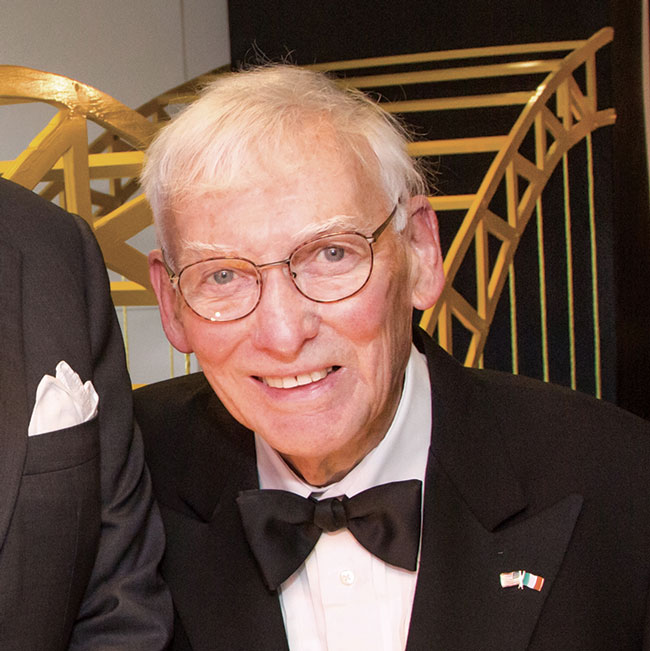 He belonged to Pittsburgh in general and the North Side in particular. He belonged to Irish America and Ireland. He belonged to the NFL and to the Steelers Nation. Dan Rooney — builder of two stadiums, a billion-dollar football business, NFL labor harmony and racial sensitivity, and bridges between constituencies — was an everywhere man whose soft, steady hand indeed was felt everywhere. Whereas his gregarious, cigar-chomping founding father’s passing shook Pittsburgh, the death of business-minded Dan on April 13, at age 84, left a rift across a far-broader landscape.

First came the Chief, then he gave way to Dan, as both were known to princes and paupers alike, even though they ambled down divergent paths. Art Rooney Sr. gave Pittsburgh the Pirates-come-Steelers, but Dan imbued the team with greatness. The father placed his firstborn in control of the business, the decision-making, the first new stadium by the time the football club embarked on its record six Lombardis. Dan personally brought in three leaders through nearly four decades, each of whom achieved their industry’s ultimate by winning the Super Bowl: Chuck Noll, Bill Cowher and Mike Tomlin. Does anyone else on Earth possess such a hiring record? There were horse-racing tracks, casinos and other Rooney holdings over which Dan held final purview, so when the brothers Rooney and their McGinley cousins gathered for board meetings it essentially involved Dan telling everybody else what was what. Except for the time he excused himself to oversee the installation of a goalpost.

“Like they weren’t going to put it up straight or put it in the right spot,” brother Tim Rooney Sr. would confide in an interview for “The Steelers Encyclopedia.”

Dan ruled with such precision and dispassion at times that he fired brother Art Rooney Jr. and established a mandatory retirement that forced out some of his closest friends and family. Yet he was affable and accessible at the same time. Dan came to the office every day, drove his Buick, shuffled around the hallways and greeted all — no matter the pain from back surgery, a kidney-stone procedure (without anesthetic) or other afflictions in advanced age. “No one is as tough as Dan Rooney,” brother Pat once offered. Tough, but fair and giving.

You could call him on a Sunday, the holy day, and he’d oblige. His counsel was sought by many. “A very honest and straightforward man,” says Roy McHugh, 101 and longtime sports editor and writer extraordinaire at The Pittsburgh Press. Chuckling, McHugh adds: “I don’t think he was geared to tell a falsehood.”

Personal memories? At a book fair a couple of years ago, the former Ambassador signed his book, “Allegheny City: A History of the North Side,” for a sprawling line of fans, then surprised his fellow authors by walking across the aisle to shake their hands and congratulate them — never mind that he was, by far, the best-known guy in the room.

Further back, there was a visit to the cozy, shuttered sitting room packed with photos in the Rooney family homestead on North Lincoln Avenue, where Dan and his wife, Patricia, took turns reading aloud to each other in the evenings. For years, he’d dreamed and pondered in that room about a replacement for Three Rivers Stadium; then came Feb. 3, 1999, when the state legislature approved funding to keep the Steelers and Pirates in Pittsburgh and build Heinz Field and PNC Park. No champagne celebration for Dan Rooney, though. He went home to the dinner he’d requested: pork chops, mashed potatoes and wieners and ’kraut, cooked the way he liked them by Patricia.

Professional accomplishments? The Rooney Rule. The Rooney Prize for Irish Literature. The Ambassadorship to Ireland, which he took seriously despite often flying across the pond with his surgically repaired back for Steelers games. The mediator over NFL labor disputes. The co-organizer of the salary-cap era. The confidante of committees, commissioners, prime ministers and an American president. The historian and preservationist who retraced the footsteps of Lewis and Clark and Civil War generals, and in 2016 worked with his family and the Pittsburgh History & Landmarks Foundation to create a new plaza for displaying historic sculptures saved from the former Manchester bridge. The co-founder of The Ireland Funds, which in 40 years raised more than $500 million for causes of peace, culture, education and community development.

Yet this also was the man who finished second to Johnny Unitas as all-Catholic League high school quarterback, who coached future general and CIA chief Michael Hayden in grade-school football, who was such a front-office troubleshooter that he drove the team’s battered station wagon backward up hills because reverse was its strongest gear.

An everyman whose absence will resonate everywhere. A statue alongside his father’s would be warranted. Something with him standing simply, hands in pockets, gazing over his North Side, his Pittsburgh, his everywhere. Chuid eile i síocháin. 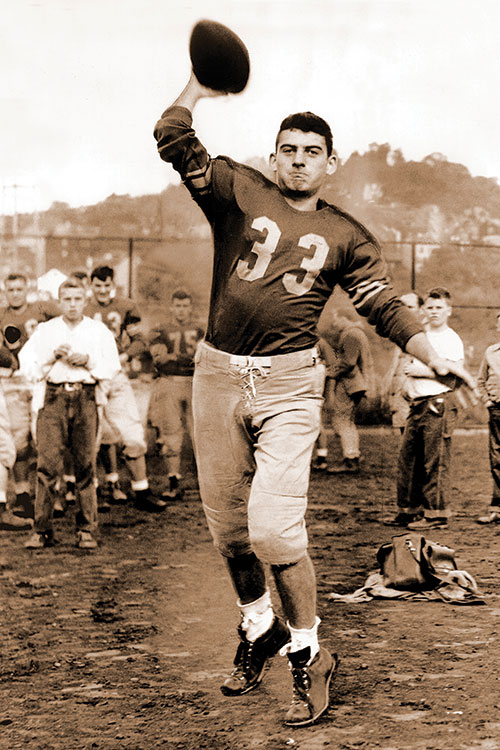 Former U.S. President Barack Obama, who appointed Rooney as ambassador to Ireland in 2009

“The impact is enormous, and I think that for a person who has had such success for his family, for the team and for the city, the loss is significant for us, but I think we should recognize his endless modesty and generosity.”

“A very honest and straightforward man. I don’t think he was geared to tell a falsehood.”

“His contributions to Pittsburgh and western Pennsylvania were extremely significant, especially in the years when we were losing the steel industry and its related manufacturing jobs. He was particularly influential in supporting the United Way in the various educational institutes in the area.”

“On Friday evening, my family and I were on North Shore Drive at one of the restaurants. The street was vibrant, crowded with people enjoying themselves. I looked up to the sky and said, ‘It’s working, Dan.’ When we were developing the North Shore, Heinz Field and PNC Park, we had hoped that the North Shore would become a vibrant, lively place instead of the 30 acres of parking lots that were there for the prior 30 years. Dan and Art, his son, made it happen. Also, on a visit to Ireland, I saw the impact that The Ireland Funds, started by Dan and [former H.J. Heinz Co. CEO] Tony O’Reilly, had on thousands of citizens of Ireland. He was such a humble man but touched people all over the world.”

Former Pittsburgh Mayor Tom Murphy, who during his tenure from 1994 to 2006 pushed for North Shore development that included construction of the two sports stadiums.

This article appears in the May 2017 issue of Pittsburgh Magazine.
Categories: From the Magazine, Hot Reads, Steelers