It's your final chance to gaze upon the Steelers' Super Bowl spoils (and a ton of other cool gridiron relics) at the Heinz History Center. 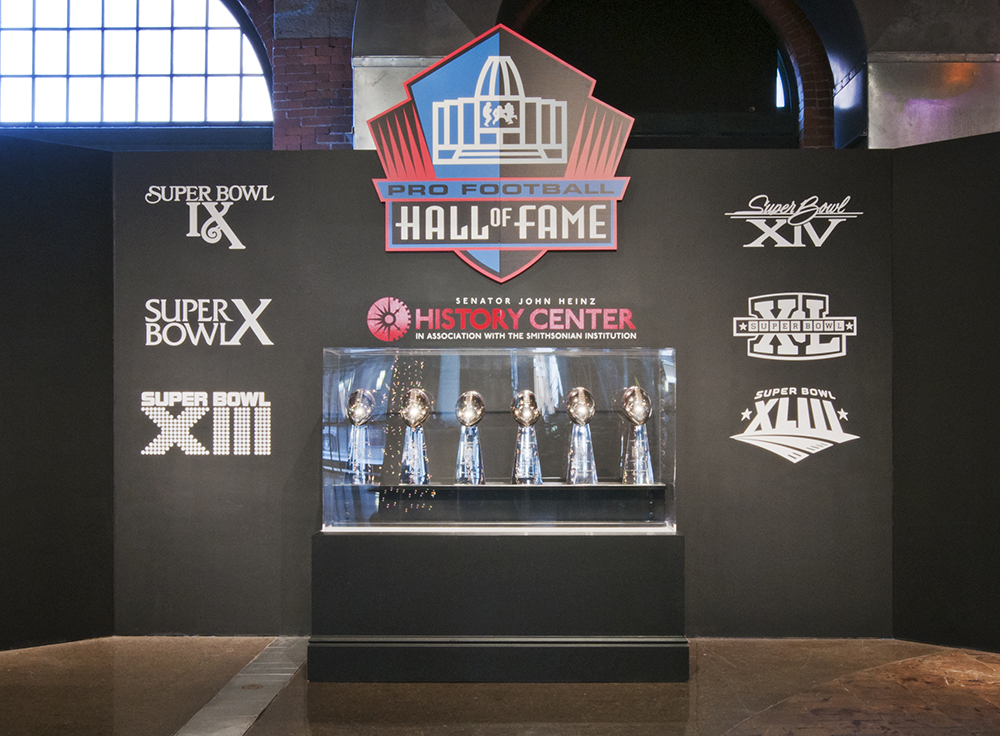 Most importantly, though, you have the right to bask in football glory.

Of course, the home field for football glory is Canton, Oh., site of the Pro Football Hall of Fame, owing to historical curiosities no more dubious than those placing Baseball’s Hall in Cooperstown. Fortunately, the good folks at Canton know how to share, and are sending over 200 of their best items and exhibits around the country. They’re calling it “Gridiron Glory: The Best of the Pro Football Hall of Fame”, and it makes its first stop at the Sen. John Heinz History Center.

Anyway, while it’s here, you can stroll through 120 years of pigskin history, starting all the way at the beginning. Literally. One of the first items on display is an accounting ledger from the Allegheny Athletic Association noting the payment of a football player, thus denoting the first professional football game ever played.

Yes, the first professional football game took place on the shores of the Allegheny. You had any doubt?

Far from just an exhibit of Western Pennsylvania goodies, though, Gridiron Glory has an impressive roster of items from across the league. Knute Rockne’s helmet. Plays drawn up by Vince Lombardi. Trophies from champions more than century old. This stuff would be jaw-dropping at the Hall itself; on a touring exhibit, it’s amazing. A special section focuses on broken records — name an NFL high-water mark, and the stuff the guy was wearing when he set it is here.

Of course, there’s plenty of Steelers goodies to drool over, too. Terry Bradshaw’s jersey from Super Bowl XIV. Franco Harris’s Hall of Fame blazer. Ernie Stautner’s retired No. 70 jersey. The Three Rivers Stadium elevator panel that Art Rooney, Sr. was staring at while Franco was catching the Immaculate Reception. (Rooney assumed that the team didn’t have a chance, so got on the elevator before the final play; the Steelers won before the door re-opened.)

Oh, and speaking of the Immaculate Reception: they’ve got the ball. On display for the first time in history.

There’s also a number of dramatic video displays, interactive looks at every member of the Hall of Fame, and chances for you to get a taste of the on-field experience. My favorite? A full-sized replay booth, where you can climb in, review the footage and make a call yourself.

And the coup de grace, today and tomorrow only: all six of the Steelers’ Lombardi Trophies, on loan from the team offices. Yes, for the price of admission, you can lose a good hour or so gazing in slack-jawed wonder at the fruits of Super Bowl supremacy. But hurry — this part of the display heads back to the South Side after tomorrow.

For diehards, this is Valhalla; but even for casual fans, it’s a fun and thorough look at the history of the game. In the midst of a tough season, it’s not to be missed.