Locally Made App For Domestic Abuse Victims Gets an Update

New features were introduced to RUSafe in order to better assist those at risk. 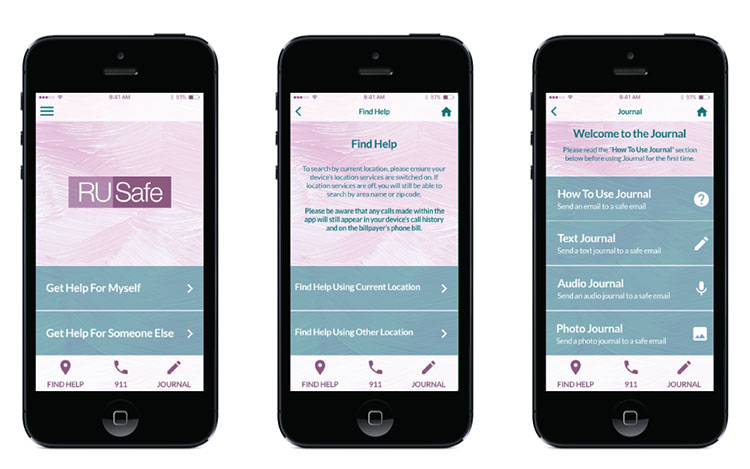 Aspirant first developed RUSafe for the WC&S in 2014 in order to assist people impacted by domestic abuse. The updated version of the app will be launched at 5 p.m. on June 27 at a Connection of Hope Day celebration at Alloy 26 in Nova Place on the North Shore.

The app invites users to answer a questionnaire about their relationship. Based on the responses, the app determines if there is a cause for concern and enables the user to directly call the Domestic Violence Hotline nearest them. If the user is in immediate danger, they can call 911 directly from the app.

The second version includes several new features, such as a journal tool with photo, text and audio capabilities as well as questionnaires to assess the safety of a user’s family and friends. It also gives users the ability to search for help nearby by entering their current location, zip code, neighborhood or a close landmark.

“We are proud to be working with Women’s Center & Shelter of Greater Pittsburgh to launch the new version of RUSafe,” said Mike McClaine, president of Aspirant, in a release. “The new features we’ve been working on make the app even better positioned to help potential victims of domestic abuse, as well as inform those closest to them.”

One in three women and one in four men experience physical violence and abuse from a partner or someone close to them, according to the National Coalition Against Domestic Violence. On average, nearly 20 people per minute are physically abused by an intimate partner in the United States.

The RUSafe app has guided about 2,000 women to call a shelter, view a shelter's website or watch a shelter's inspirational video by contacting 685 shelters in 50 states between its initial launch and May 2018. The app has been opened approximately 5,800 times.

RUsafe is available in English, Nepali and Spanish. The app is free and works on both Android and iPhone. It is available for download in the Apple Store and on Google Play.