Load up on LPs This Weekend at Jerry's Records

Visit the Squirrel Hill gem to pick up a boatload of complimentary vinyl. 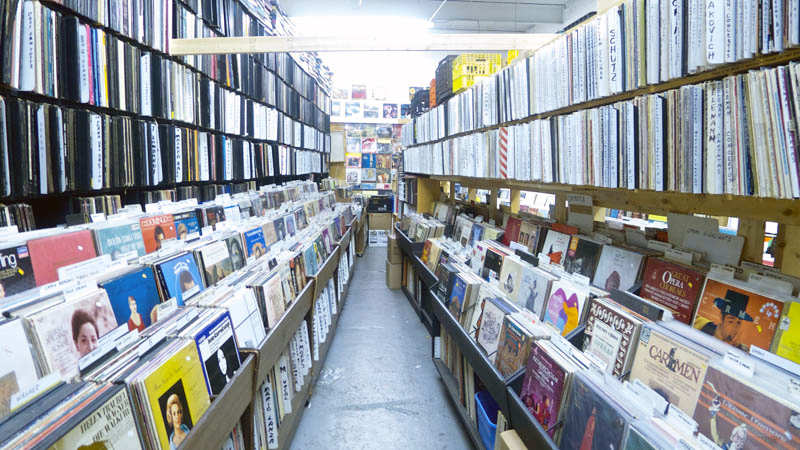 “Free” has such a lovely ring to it, doesn’t it? That double E drifting off into the ether, a wistful syllable ever bent toward liberation. The sweet sound of free is doubly so this weekend if you happen to be rabid for vinyl. Jerry’s Records in Squirrel Hill has planned a blowout handout: it will give away 25,000 records in boxes of 100. Allow us to emphasize: given away. No cost. The sub-basement of bargain. Now, for those of you thinking, “My grandmother told me nothing comes for free,” don’t worry — granny wasn’t a liar. The cost of all this vinyl coveting will be resisting the urge to brag ad nauseam about all the sweet grooves you scored. Please don’t do this wearing a flannel and sipping a PBR; otherwise you’ll give all of us a bad name. Jerry’s is open today until 5 p.m., tomorrow from 10 a.m.-6 p.m. and Sunday from noon-5 p.m. One-dollar CDs, record crates and other goods also are up for grabs.

#Awareness: Dress for a good cause

Purple may no longer be the color of royalty, but it is a powerful hue during October, which is Domestic Violence Awareness Month. The Center for Victims asks people to don the shade to bring attention to the pervasive issue. President and CEO of Center for Victims Laurie MacDonald emphasizes, “Domestic violence knows no boundaries.” Nothing changes if people remain silent, but it may be hard to speak up if you’re scared. By changing your shirt this month, you can make it easier for people to seek help by letting them know they’re not alone.

#Events: ‘Harry Potter’ rumors got you down? Head for Edinboro’s Potterfest

Although J.K. Rowling might be a tease, there’s a way to stave off lingering end-of-series blues: Edinboro University’s fourth annual Potterfest. From Monday through Saturday, the university will play host to lively Potter-themed events. From the Ravenclaw Conference, an academic foray into the books’ themes, to orchestral performances of movie music, to a Quidditch competition, the festival provides a good excuse for you to take a day trip to Erie and enjoy the fall weather. Another highlight this year is the screening of “Mudbloods,” a documentary that dives into the surreal world of collegiate Quidditch competition.