Mais, oui! A major Mellon collection of éblouissant French art comes to The Frick Pittsburgh with pieces from the likes of Van Gogh, Monet and Degas. 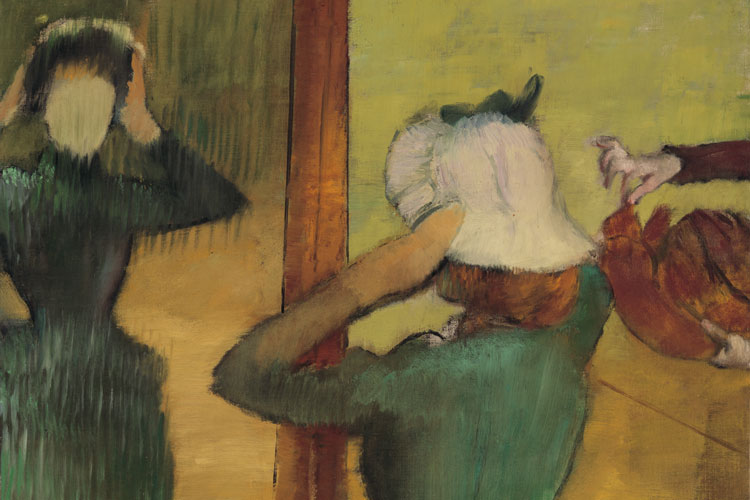 Not far from Clayton, the Fricks and Mellons lie in peaceful and elegant repose for eternity in timeless stone temples amid the bucolic beauty of Homewood Cemetery. Neighbors in life; neighbors in the afterlife. But here in the terrestrial sphere, the spirits of these mighty families continue to abide with us in various manifestations. Among them: a world-class legacy in art collecting.

Think then of the dazzling — éblouissant, as it’s said in France — exhibition at The Frick Pittsburgh as a family reunion of sorts: “Van Gogh, Monet, Degas: The Mellon Collection of French Art from the Virginia Museum of Fine Arts” attests to the keen eye and vision of one banking scion in particular: Paul Mellon (1907-1999), son of Henry Clay Frick’s friend Andrew Mellon, whose collection spawned the National Gallery of Art in Washington, D.C.

“We are delighted to have the rare opportunity to present this extraordinary collection of French art to Pittsburgh at The Frick Art Museum — not far from Paul Mellon’s birthplace,” says Frick executive director Robin Nicholson. (Although born here, Mellon spent much of his life in Virginia.) 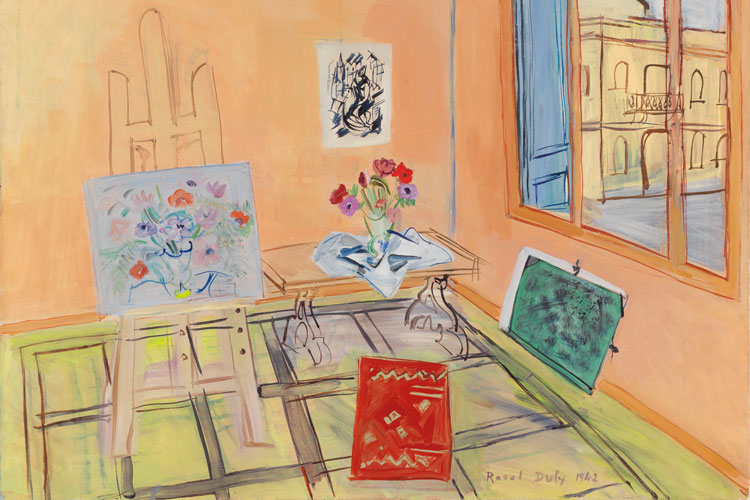 This show offers an embarrassment of art riches, as it were, considering the number of masters represented in its 70-some pieces. The timeline stretches from the mid-1800s to the early 20th century; stops along the art journey include Romanticism, Impressionism, Post-Impressionism, Symbolism and Modernism. It’s organized thematically by what interested or captured the imaginations of artists working in a time of rapid change when the world was becoming modern. You’ll see depictions of Paris and its people, genre scenes, interiors, views of the French countryside, still lifes and more.

The names in that show title are just the tip of the arts-berg. Among others, you’ll find Manet, Renoir, Toulouse-Lautrec, Cézanne, Seurat, Sisley, Pissarro, Géricault, Delacroix, Matisse, Rousseau, Bonnard and Picasso.

One of 10 Degas works is his most famous sculpture, “La Petite Danseuse de Quatorze Ans” (the Little 14-year-old Dancer), a charming representation of a ballerina, her youth frozen in bronze for eternity. 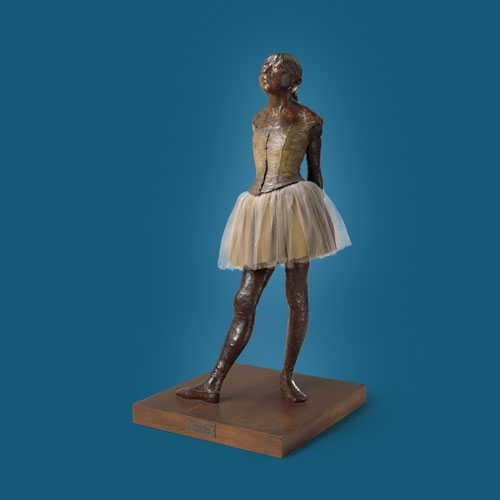 “How can we know the dancer from the dance?” William Butler Yeats wondered. We might ask: “How do we know the collector from the collection?” Besides its visual delights, the show grants us a peek inside the lifestyles of the rich and famous to glimpse the collecting personalities of Paul Mellon and his wife, Rachel “Bunny” Mellon.

Their love of nature, for example, informed their connection to Impressionism. Paul Mellon said that “never before or since in the unfolding pageant of art have painters so brilliantly captured the poetry of the countryside.” He was a horseman; Bunny was a gardener who loved flowers. Those affections took root and flourished in their collecting.

“Van Gogh, Monet, Degas” also lets us enjoy a more intimate connection to the collectors because many of these pieces adorned the Mellons’ homes. Some remained in their personal collection until after Mrs. Mellon’s death in 2014, so the opportunity for the public to see those pieces is fairly new.

Because lesser-known works by many of the artists are found here, don’t overlook the thrill of adventure in discovering something new and fresh lurking in the canvas of a Courbet or Vuillard (two more names to add to the honor roll).

“It’s a breathtakingly simple little composition — with an exquisite sense of color. It’s both painterly and contemplative, and a painting to savor,” she says.

Me? I’m partial to Henri Rousseau’s fun, quirky “Tropical Landscape: American Indian Struggling With a Gorilla.” (Yes, that title is correct.) Also: Van Gogh’s “Daisies, Arles.” Why? One reason: They’re not sunflowers. (Not that I have a problem with Vincent’s sunflowers. Vive la différence!) Both kinds of blooms play to Paul Mellon’s observation that “art makes one feel the essence of something, turning the ordinary, everyday object or scene into a universal one.” 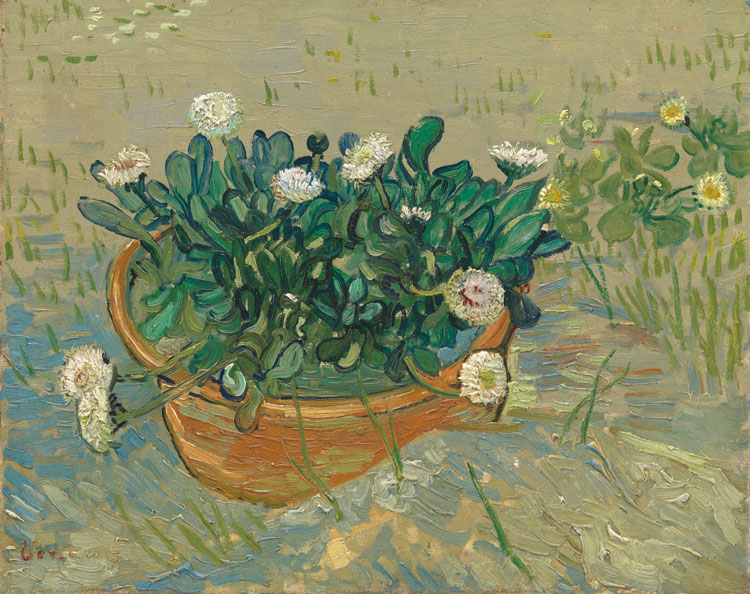 Daisies are spring flowers — wild, prolific, survivors. In France, they’re known as pâquerettes because of their connection to Pâques, what the French call Easter, a time of resurrection and new life.

That’s apropos to this exhibition, which conjures up new life for old sculptures and paintings, like Van Gogh’s, to awe, delight and inspire new generations. And, like the daisy, they still have secrets to conceal — or reveal.