Overseen by a community manager whose job it is to foster a sense of community, the fully furnished micro units incorporate hotel-style living that includes bath and linen service, plus weekly housekeeping. 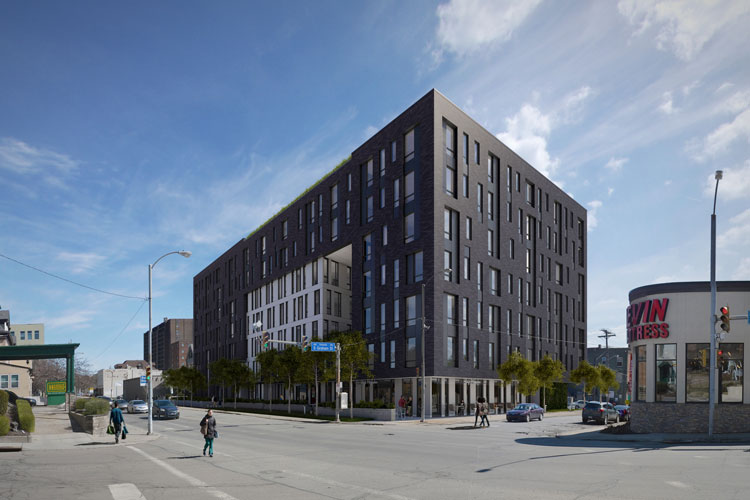 A new housing style that’s small on space, but high on luxury, is making its way into Pittsburgh.

Developed by Vitmore, the seven-story, 127-unit development includes 31 micro-studios and shared suites, as well as a mix of traditional one-, two- and three-bedroom units.

If you’ve never heard of micro-studios, that’s not surprising. The concept of co-living is a relatively new housing trend, according to Meghan Davey, communications manager for New York-based Ollie, which specializes in micro-housing and co-living platforms.

This is the company’s first venture outside of the high-density New York City metro area, where its lower price point and luxury amenities attracted residents. 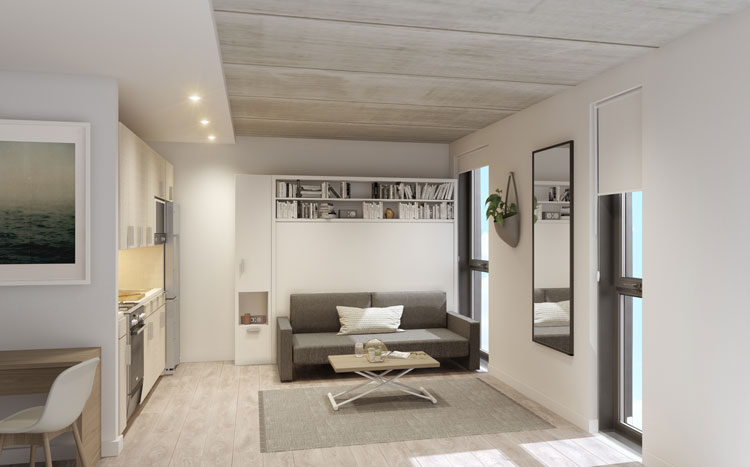 While Ollie’s 380-square-foot micro-units are tiny, they come fully furnished with high-end furniture systems from Resource Furniture (including beds that transform into sofas and desks that turn into tables), AirPlay audio and transitional LED lighting from Twist Speaker.

“It’s an emerging trend in housing,” Davey says. “We call it hotel-style living.” 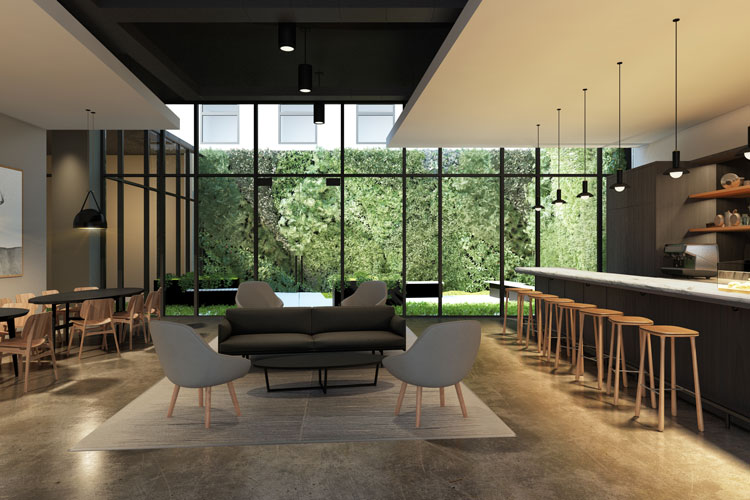 The building’s luxury amenities include an “urban window” featuring a full-wall facade and moss garden, a hotel-style bar and lounge for social gatherings, a communal kitchen where local chefs will be invited to do cooking demonstrations, a fitness center with Peloton bikes and a two-level parking garage with access to Zipcar.

With Pittsburgh’s role on the cutting edge of the robotics industry, Ollie also has future plans to retrofit the rooftop with a drone delivery helipad.

Davey says Ollie at Baumhaus has hired a live-in community manager whose job it is to coordinate activities for residents and foster a sense of community.

Thus far, community manager Roni Gilmore already has tentatively set up a bike tour of Pittsburgh for residents and plans to incorporate a “Taco Tuesday” dinner in the communal kitchen, Davey says.

While the market here is not as costly as New York City, Ollie was inspired to open a location in Pittsburgh based on active recruitment of employees from Carnegie Mellon University and the University of Pittsburgh, the city’s well-noted healthcare industry and the arrival of tech giants Google, Uber and Amazon.

“The more we researched the Pittsburgh market, we fell in love with the opportunity,” says Ollie CEO and co-founder Chris Bledsoe. “At Ollie, we don’t view co-living and micro-housing as just for high-cost markets; we think there’s an opportunity for markets where rent isn’t as much a pain point but where the desire for community and on-demand living has equally strong appeal.”

As for the audience, Davey says co-living attracts everyone from childless young hipsters to baby boomers interested in downsizing or who want to attend more events in the city.

“We say our core is definitely millennials, but there actually is a long tail of older people who are shedding their personal belongings in the suburbs and want to dip their toe into urbanization,” she says.

Leasing prices for micro-studios start at $1,581. The starting price per bedroom in a shared suite is $1,104. For more information, visit here.

This article appears in the June 2017 issue of Nest.
Categories: Nest