Live Band or DJ? – Experts Weigh in on Which Best for Your Wedding

A live band or a DJ can define the atmosphere of your wedding reception — but done right, either can provide enough entertainment to keep everyone happy all night long. 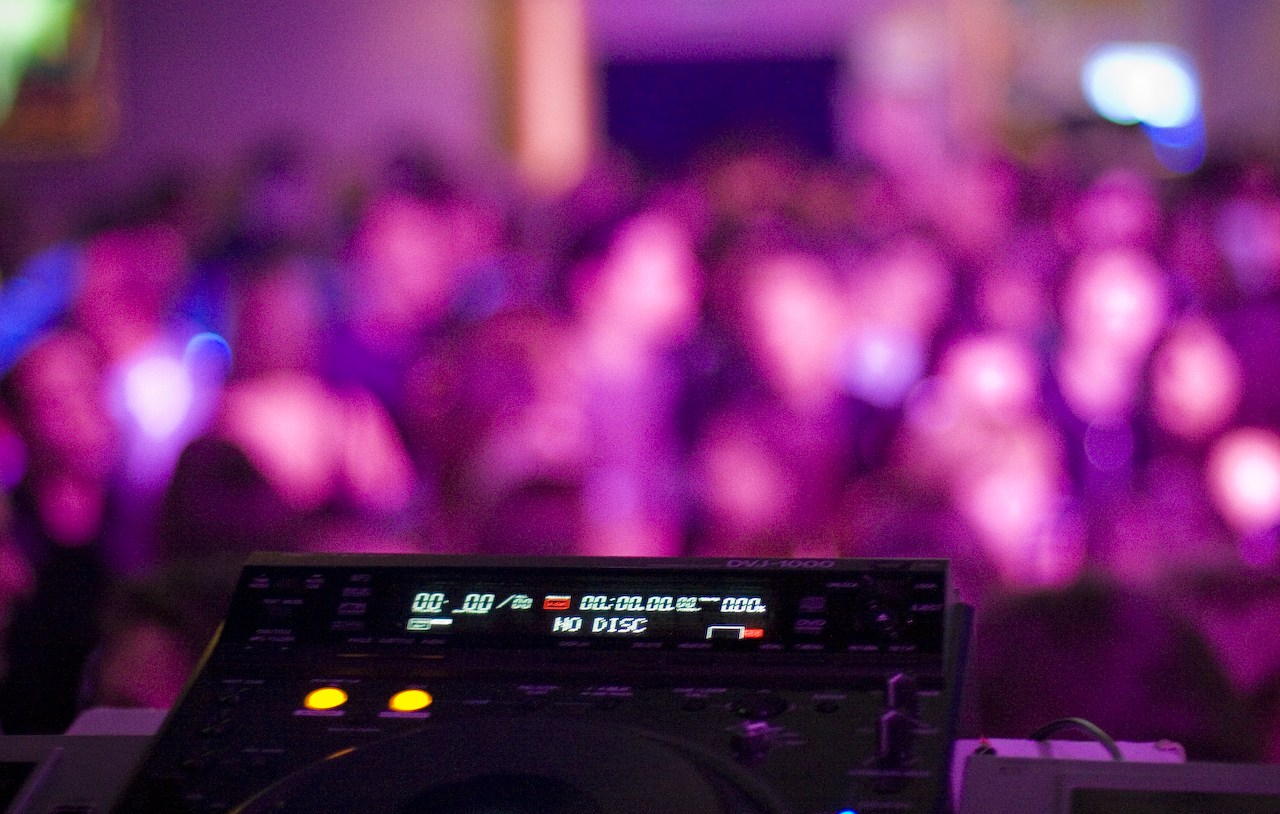 Derek Galiffa has been a disc jockey since he was 16 years old. He started out performing at Sweet 16 parties and local get-togethers, but he didn’t feel he had “made it” as a DJ until he started doing weddings.

“You start working through all the ins-and-outs of what you need to do for the wedding, and then it snowballs into however many thousands of weddings later,” he says.

Galiffa has been working hard to think outside the box and bring a unique flare to every reception he works. His services, through Galiffa Productions, include a customized light show, a glow package that amps up the party halfway through by adding black lights, and a motion monogram that can be projected anywhere throughout the reception. 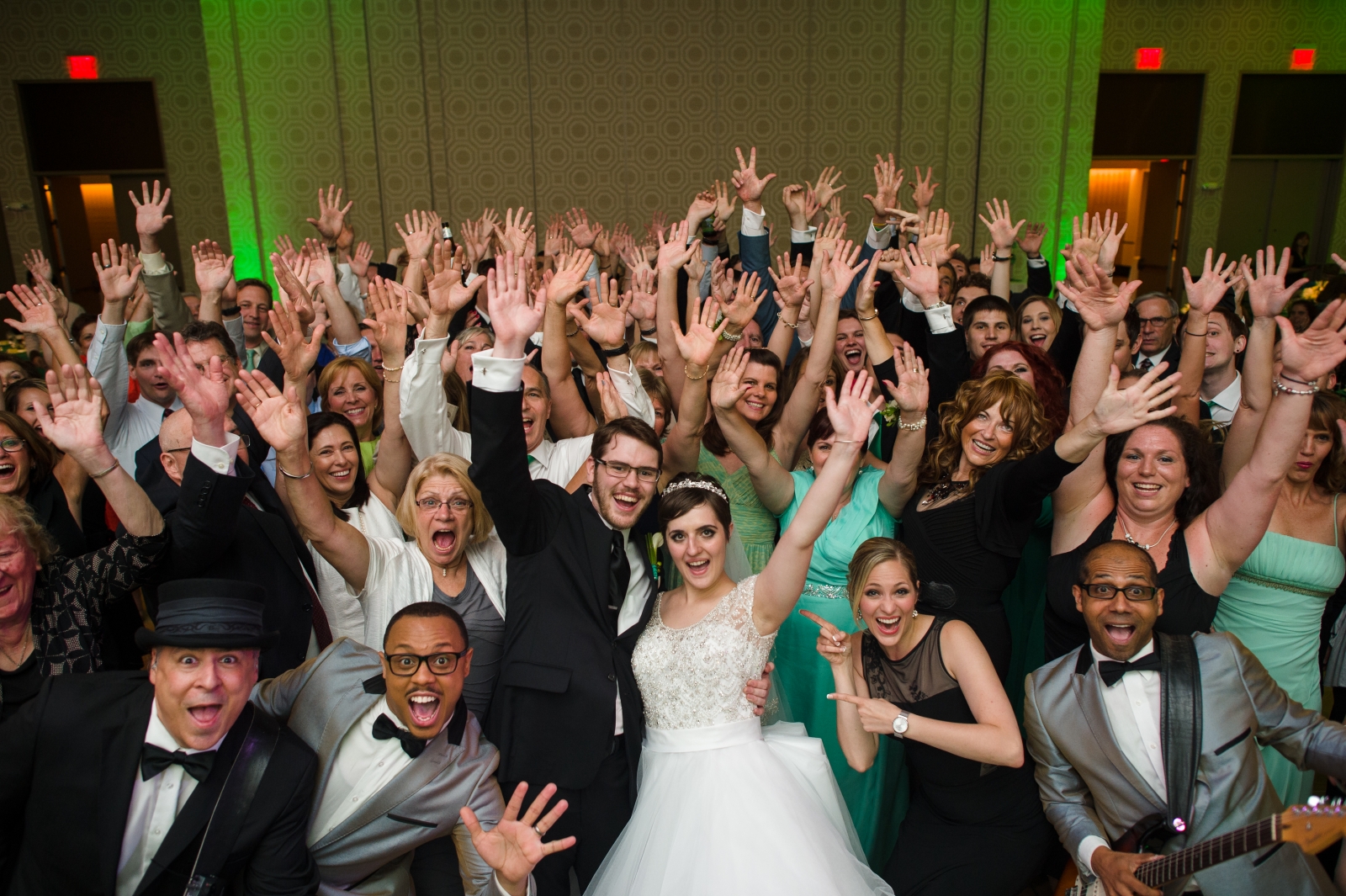 Peter Khan, also known as "the wedding guru," has been performing for almost 30 years. From Disney World parks to cruise ships, Khan and his wife, Nina, traveled the world performing for corporate events, celebrities and corporate parties. When they arrived in Pittsburgh, they started a new journey — wedding performances.

Using their skills as professional musicians and as a knowledgeable married couple, the Khans created Elite Show Band, a company that offers live music during wedding receptions in the form of six-, eight- or 11-piece bands.

Although the two men have different backgrounds and offer different services, the wedding experience that they try to provide has several similarities.

First, their main focus is on making sure the guests have fun.

For Khan, it is important to “read the room” while performing and make sure no one looks bored. If they do, then Khan knows it’s time to switch up the strategy.

“We have to look at what’s happening with the majority of the room,” says Khan. “If 80 percent [of the room] is up, we’re doing something right.”

For Galiffa, the best way to keep the guests on their feet is to get out there with them. Galiffa says he is not the type of DJ to hide behind his laptop.

“You should be an entertainer. It’s all about instructing the crowd, have fun, play games, be interactive with line dances — lots of things you can do to get everyone out,” says Galiffa.

Khan and his fellow musicians can’t always hop off the stage to dance with the crowd, but they work hard to connect with the guests in other ways.

Second, Khan and Galiffa strive to play a little bit of everything, and find something that everyone is drawn to.

It seems that DJs naturally have the upper hand in this one since they have a computer full of songs to choose from, but Khan guarantees that his bands also can provide a variety of music, ranging from rock, pop, R&B, Motown and top 40 hits.

To help clients out, Khan provides a list of their songs on their website. If the client doesn’t see a song they want, they can request it in advance.

“There’s a little bit of old, with new sprinkled in,” says Khan of their style of music. “We want everyone to know that there’s something for everyone.”

For Galiffa, the challenge comes not in having enough variety of music, but in offering the music in a way that no one else can.

“Nowadays with Internet, you can pretty much get any song, but what are you doing with that music? It’s how you are giving it to your customers,” says Galiffa, who makes sure that he always maintains a high-energy atmosphere with his music.

Lastly, both Khan and Galiffa say they use elements of the other’s service. Galiffa offers a “party percussionist” ensemble, which includes a whole set of hand drums set up on or near the stage performing along with the recorded music. Galiffa said he has gotten a phenomenal response to this package.

Khan uses an integrated DJ to fill silences between the band’s breaks, or to play a requested song that the band does not know, an addition to the traditional band that Khan believes sets  them apart from other companies.

Although a DJ and a live band will offer a different type of party, both will make sure that you and your guests are having a great time dancing the night away whichever techniques they choose to use — and in the end, that is the most important part. 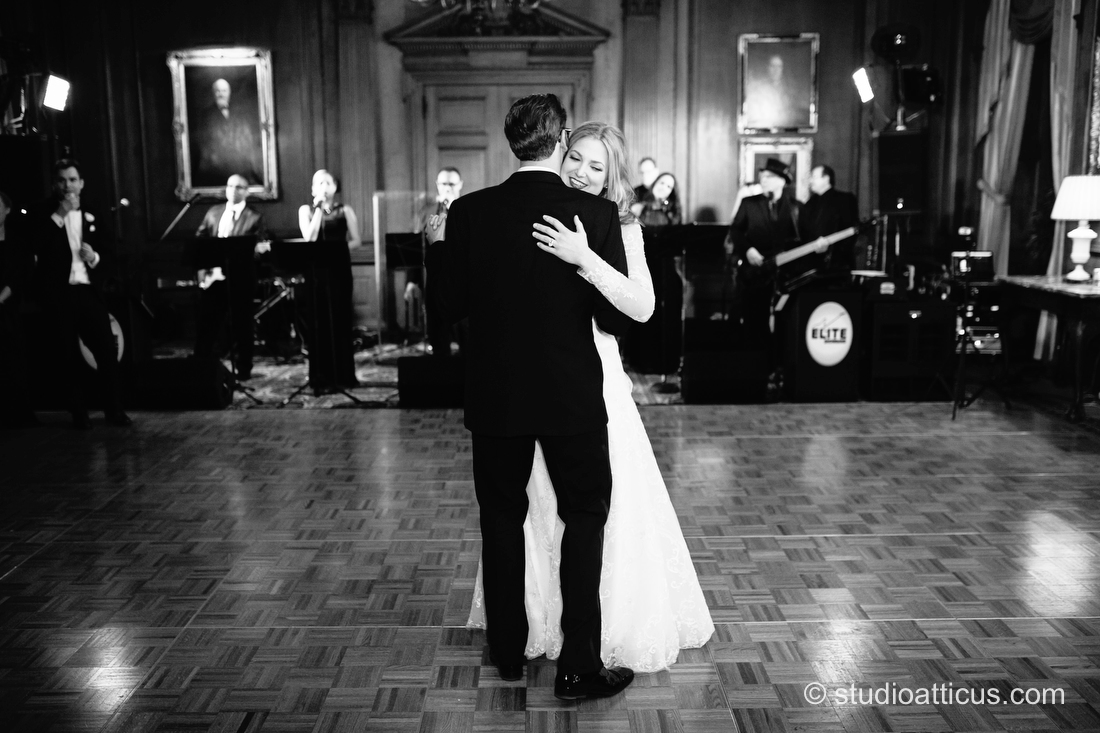