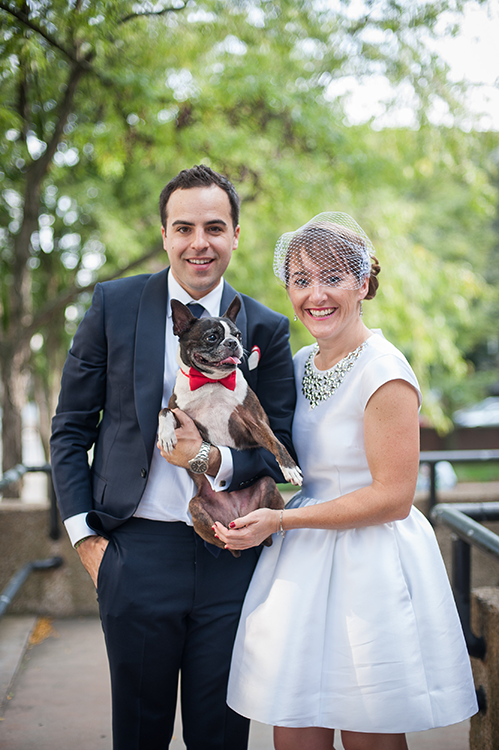 Lindsay Flinn and Mike Metz have Mike’s 7-year-old Boston terrier to thank for their meeting. Mike’s roommate asked his friend Lindsay to watch the pooch in late 2008 while he and Mike went out of town, and she agreed without ever meeting Mike.

A few months later, Mike and his roommate hosted a St. Patrick’s Day party that brought Lindsay and Mike together for the first time. Three months later, she joined her future hubby in a first kiss in a burst of celebration after the Pittsburgh Penguins won the Stanley Cup. She fondly remembers the year they met as a lucky one: The Steelers won the Super Bowl, too.

Though Mike, 30, is a California native, Lindsay’s enthusiasm for Pittsburgh — the 34-year-old grew up in Oakmont — was not lost on him. After the pair got engaged in November 2013 in Palm Springs, Calif., they began planning a wedding in Pittsburgh that would celebrate the Steel City. 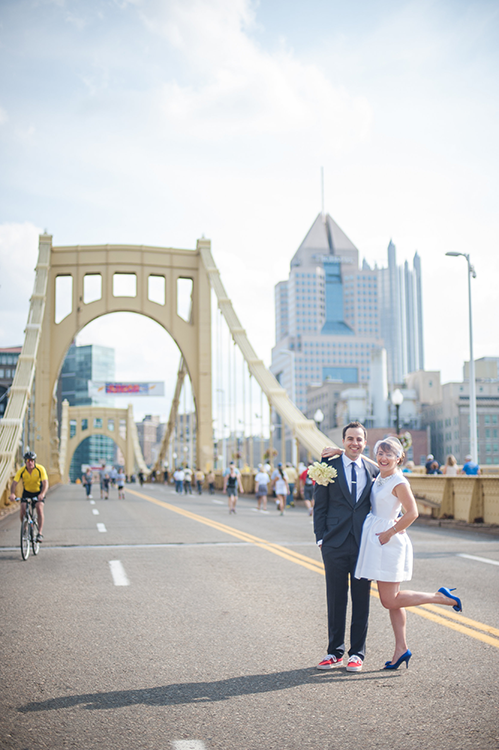 The couple knew they wanted to show off the city to their many out-of-town guests. The weekend began Thursday with a Pirates game, continued Friday with a rehearsal dinner at Round Corner Cantina and culminated with their nuptials at the New Hazlett Theater on the North Side. They even stopped by Primanti Bros. in the Strip District for a late-night sandwich.

The Metzes infused their personality throughout their wedding, from custom invitations designed by the groom’s stepsister to fun footwear (Vans authentic sneakers) the wedding party donned for the reception. They say they wanted guests to feel as if they were coming to a party.

“Actually putting the ring on his hand, getting that done and having the party was the best,” Lindsay says. “I didn’t want it to stop.” 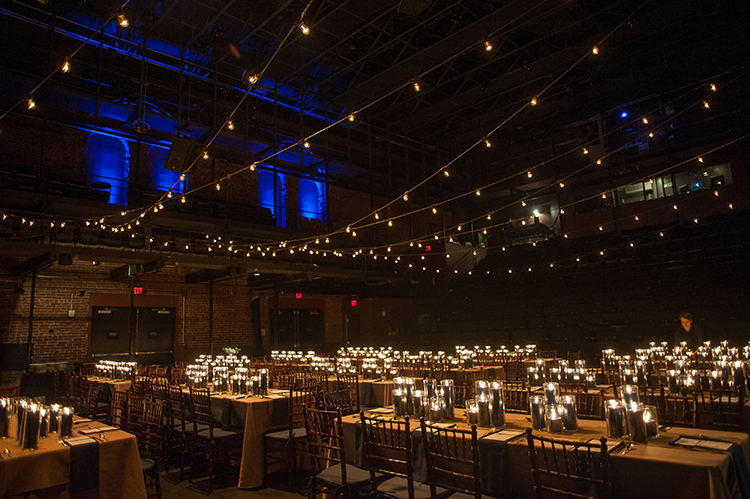 At the New Hazlett, the couple created that party atmosphere in the unconventional space by setting the room with long banquet tables dressed with more than 300 blue pillar candles and custom-printed menus. The Highland Park restaurant E2 catered the reception with a menu that included roasted chicken, ravioli and polenta cakes. Food was an important aspect of the celebration, as Mike writes a food blog called The Unemployed Eater while also writing for television. Lindsay is a coordinator of production for Paramount Television.

“The most important thing was the food,” Mike says. “We wanted to have the best Pittsburgh-food wedding anyone had ever been to.” 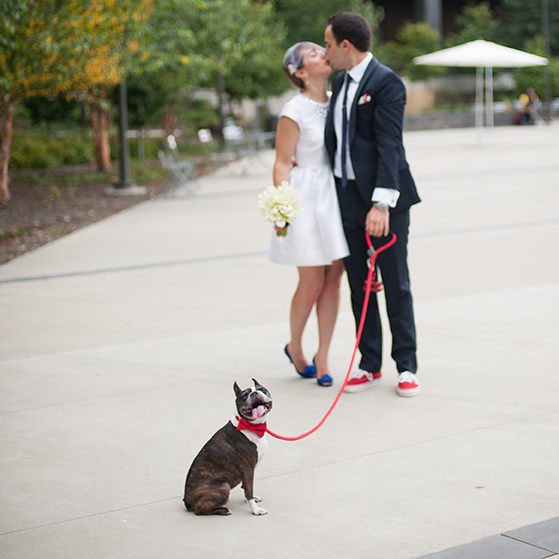