Tales from Springsteen’s visits to the steel city — including a disastrous game of table tennis. 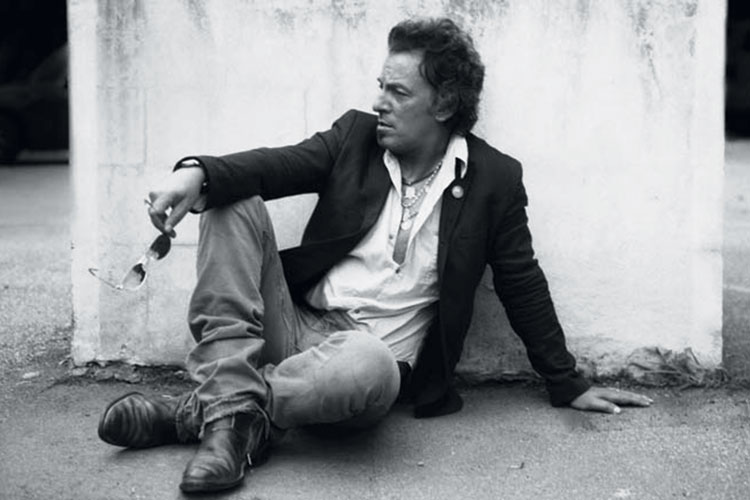 As does any blue-collar American city, Pittsburgh loves it when a rock superstar such as Bruce Springsteen acknowledges that our town has a place in his heart and his history.

In his excellent new autobiography, “Born To Run,” Springsteen mentions Pittsburgh a couple of times. A chapter titled “The Big Big Time” covers the late summer of 1984, when the “Dancing In The Dark” video was incredibly popular and the “Born in the U.S.A.” album was high on the charts.

That summer, President Ronald Reagan was campaigning for his second term in the White House. During a speech on Sept. 19 in Hammonton, N.J., Reagan told a crowd that the future of America rested in people’s dreams and “in the message of hope in songs so many young Americans admire,” by “New Jersey’s own Bruce Springsteen.”

Two nights later, Springsteen was in Pittsburgh for a show at the sold-out Civic Arena. “The President was mentioning my name the other day,” he said, “and I kinda got to wondering what his favorite album must have been. I don’t think it was the ‘Nebraska’ album. I don’t think he’s been listening to this one.” He then launched into his bleak and violent “Johnny 99.”

The “Big Big Time” chapter in Springsteen’s book contains a sub-chapter called “Pittsburgh, Pennsylvania.” He glosses over the Reagan comments, writing: “The important thing that happened that night was I met Ron Weisen, ex-steelworker and radical union organizer, who’d just opened a food bank for steelworkers laid off by the closing of the mills in the Monongahela Valley.” Springsteen was just starting to realize the political influence that could accompany his rising popularity. “That night in Pittsburgh,” he writes, “I met and talked with Ron, and he filled me in on the tough times people were suffering in the Valley. As with the Vietnam vets, we were able to provide some publicity and financial support.”

Eleven months later (and 12 pages later in the autobiography), in August 1985, Springsteen finds himself back in the Steel City, more popular than ever. In the book, he shares a tale of behind-the-scenes sloppiness: “…Our show at Pittsburgh’s Three Rivers Stadium proved unique. A crowd of sixty thousand Steelers fans got to watch me count off ‘Born In The USA’ while several key members of the E Street Band, Roy [Bittan] and Nils [Lofgren], were cluelessly locked in deadly battle on our backstage Ping-Pong table!” With those musicians missing their cues, Springsteen was angry and embarrassed. “I watched sixty thousand faces go from awe to aw-s**t as I stood, not too happy, pants metaphorically around my ankles … Ping-Pong tables were banned for years. Heads rolled.”

In his memoir, “Hard Days Hard Nights,” Pittsburgh’s legendary concert promoter Pat DiCesare (who booked Springsteen for his first Pittsburgh gig, at the Syria Mosque) remembers that incident. “After that show, Bruce’s team hired another person to be sure everyone was on stage when they were supposed to be.

Bruce always would walk on stage first. Since then, word has it that he hits the stage last. The show ended up being great and one of the pinnacles of our career. In my mind, this was one of the greatest shows and events ever to play Pittsburgh.”

Pittsburgh fans know Springsteen almost always includes the Steel City on his tours. In 2016, he played the former Consol Energy Center twice: to kick off “The River Tour” in January, then to honor the 15th anniversary of 9/11 (the first time since the 2001 terrorist attacks that Springsteen has played a show on Sept. 11). There also was undoubtedly a certain satisfaction in February when at a Cleveland concert, he hollered out, “Party noises, Pittsburgh!,” knowing that we weren’t too far away.

This article appears in the January 2017 issue of Pittsburgh Magazine.
Categories: From the Magazine, Hot Reads, Rick Sebak