Light Up Night 2017 Will Be Bigger and Better than Ever

Pittsburgh's annual kickoff of the holiday season will include a VIP party and tour of the roof of the U.S. Steel Building, new Pop Ups and returning favorites. 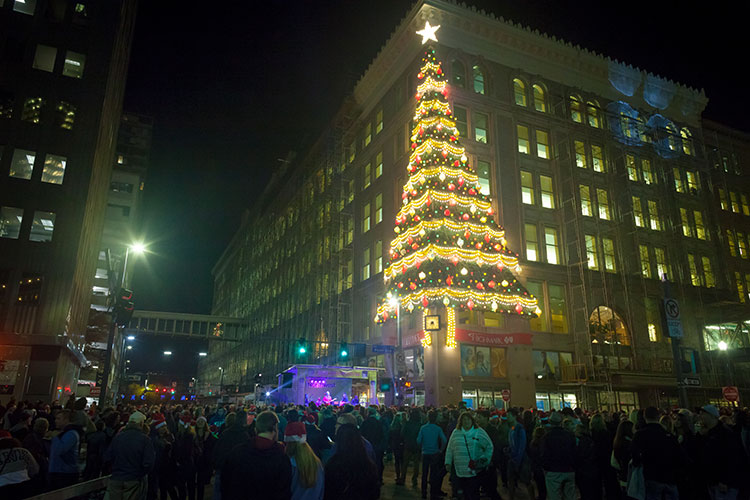 Halloween is a distant memory, and Pittsburgh is ready for to kick off the Christmas season.

The official start of the holiday season Downtown, Comcast Light Up Night 2017 will take place on Friday, Nov. 17, and city and business leaders from the region gathered inside the U.S. Steel Tower Thursday as the Pittsburgh Downtown Partnership announced the highlights of the 57th annual event.

Among them are music headliners Andy Grammer (a five-time Top 10 hitmaker and “Dancing with the Stars” alum) and YouTube pop sensation Maggie Lindemann; a karaoke contest; new pop up experiences; and Blast! Party, a VIP opportunity to attend a party in the U.S. Steel Tower and tour the roof. 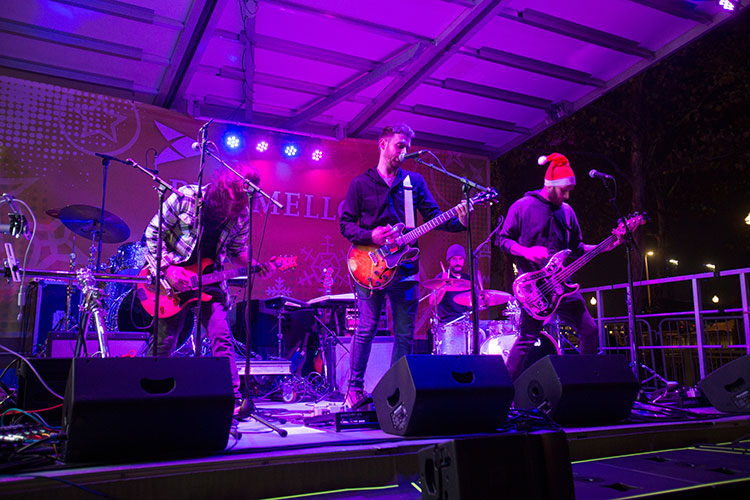 “I couldn’t be more delighted with what we’re bringing to the season this year,” says PDP President and CEO Jeremy Waldrup.

Perhaps the largest addition, Blast! Party will take place from 6:30 to 9:30 p.m. A $100 ticket will get you access to the party inside the U.S. Steel Tower with signature cocktails, food and entertainment as well as special access to the roof for tours between 7 to 9 p.m. There is also an area available to VIP guests to view fireworks on the Andy Warhol Bridge.

“It’s a once-in-a-lifetime opportunity to be on this roof on Light Up Night,” says Waldrup. 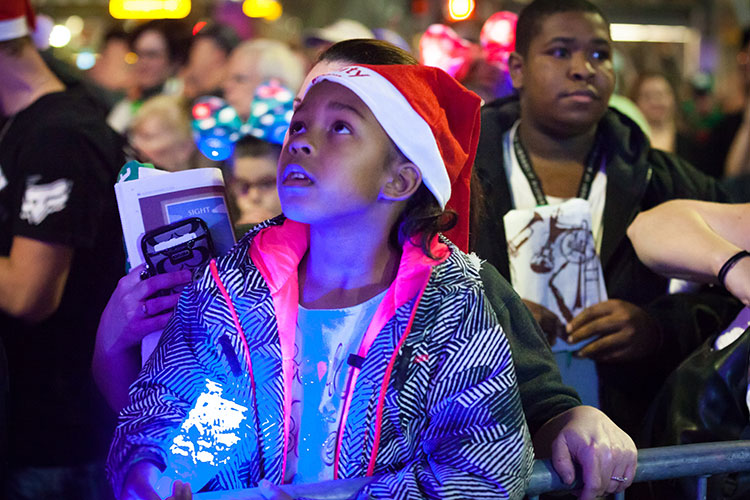 The sixth annual Peoples Gas Holiday Market will include 35 international and local vendors, New additions include Monmade, a collective of local makers; Yo Sox; Pittsburgh Pottery and Le Petit Chocolat. Santa’s House will once again offer pictures with Santa for a donation to the Greater Pittsburgh Community Food Bank. The market opens on Light Up Night and will run daily (with the exception of Thanksgiving) through Dec. 23.

One addition to Market Square this year is a karaoke contest with a $1,000 cash prize. From 5 to 7 p.m. every Monday and Tuesday from Light Up Night until Dec. 12, contestants can bring their best karaoke skills to the stage for a chance to compete in the finale on Monday, Dec. 18.

There will be five Holiday Pop Ups this year, the returning bar Miracle Market, retailers Technogel Sleeping Pop Up Shop, Vignette and Peter Lawrence, and a Pop Up Nickelodeon operated by the Theater Historical Society at 811 Liberty Ave. 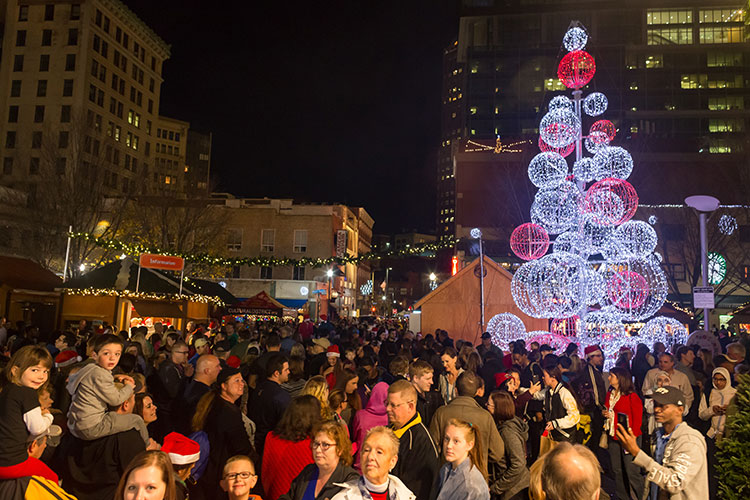 The Nickelodeon is a nod to the nation’s first Nickelodeon, which was located on Smithfield Street. The Pop Up will screen classic films from the early 1900s including “The Great Train Robbery” and “A Trip to the Moon” for a nickel.

Miracle Market will be in a new location this year in The Original Oyster House, and a portion of its sales will benefit 412 Food Rescue.

Holiday staples, such as the world’s only authorized replica of the Vatican’s creche (construction was underway outside of the Steel Tower Thursday), the free Holly Trolley and free horse-drawn carriage rides, will return, as will free parking in Pittsburgh Parking Authority garages on Black Friday and Saturdays.

“It seems like each year it just gets better and better,” she says.

Click here for a complete schedule of music, tree lightings and other events.

Editor’s note: An earlier version of this article stated fireworks viewing would be available from the roof of the U.S. Steel Tower for patrons of the Blast! Party, which is no longer the case.