Le'Veon Bell Talks The Talk But Can’t Walk The Walk

The Steelers running back emphasized his latest suspension resulted from missed random drug tests, and not a relapse into the marijuana-induced haze that got him jammed up last season. But if you lack the maturity to grasp the consequences of your actions (or, in this case, inactions), does it really matter? 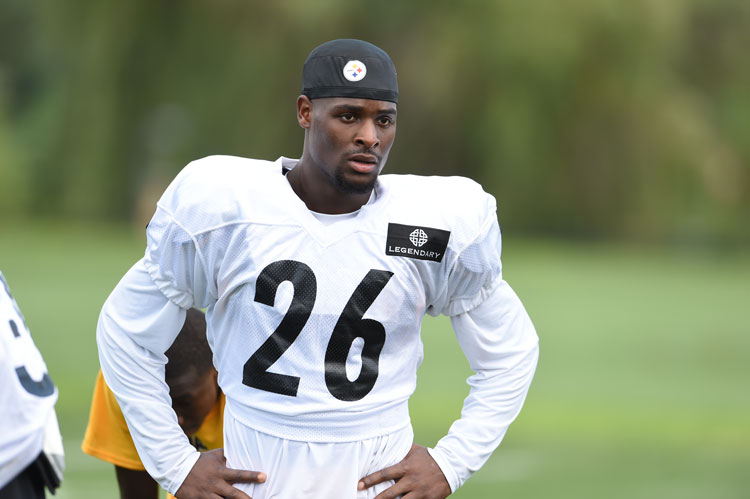 Le’Veon Bell has degenerated from All-Pro running back into a “Seinfeld” character, but in this episode nobody’s laughing.

Bell knows how to take responsibility for actions that have gotten him suspended at the outset of a two seasons in a row.

But he doesn’t know how to hold himself accountable enough to not get suspended in the first place.

And that’s really the most important part.

“I own up to everything,” Bell articulated after his latest NFL-imposed penance for running afoul of the league’s substance-abuse policy had been announced. “It’s all my fault. I can’t blame nobody else for that.

“I’m going to serve my suspension and move on from there.”

That was a spot-on mea culpa.

It was also a 180-degree shift from the stance Bell had adopted in June: “I’m fine. I haven’t missed no drug tests. I haven’t failed any drug tests. I’m completely fine.”

Turns out, he’s not.

His three-game suspension might have been four if not for a reported negotiated settlement between the NFL and the NFLPA, a plea bargain that also maintains Bell’s status in Stage Two of the NFL’s Intervention Program.

That’ll be a big deal the next time Bell winds up in a similar predicament (he’ll face another four-game suspension rather than a ratcheted-up six-game ban).

Is there anybody out there –– Bell excluded –– who isn’t convinced there will be a next time by now?

Bell had this to say heading into last season, when he was facing a three-game suspension that was ultimately reduced to two:

“My mom raised me great. She never raised a bonehead kid. I made a mistake, I’m human. I know right from wrong and I’ll learn from it and I’ll move forward from it.”

Bell was at it again on Saturday, signing an oh-so-familiar refrain:

“It’s going to help me be a better player, obviously be smarter, definitely a learning experience.  I’m not the perfect person. I didn't do everything right. I didn’t do everything wrong, either. This is going to be a learning experience for me. Obviously, it sucks to keep having to miss time. I know everybody wants to see me play. I obviously want to play football and be out there with my teammates and help the Steelers win a super bowl. Obviously, I gotta learn from this and move on.”

Alas, even the most entertaining re-runs lose their appeal eventually.

Bell emphasized this suspension resulted from missed random drug tests (which are considered failed drug tests in the eyes of the NFL), and not a relapse into the marijuana-induced haze that got him jammed up in the first place.

But if you lack the discipline to fulfill your obligations once you’re in the program, if you lack the maturity to grasp the consequences of your actions (or, in this case, inactions), does clean pee really matter?

“You can ask a lot of my teammates, even when it comes to a diet, I’m talking about eating chicken nuggets or hamburgers or pizza, I’ll say ‘no’ to that because that’s not what I do, that’s not the person I am,” Bell insisted. “All the people who say I smoke weed or whatever, that’s fine. Everybody can be entitled to their own opinion and think what they want. But the people who know me know the type of person I am and those are the people I’ll ride with.”

Maybe one of them can give Bell a ride to his next random test.