Let's Give the Steelers' Stadium the Name it Deserves

A plea for the Pittsburgh Steelers to turn down a dull, corporate title if the Heinz Field name changes in 2021. 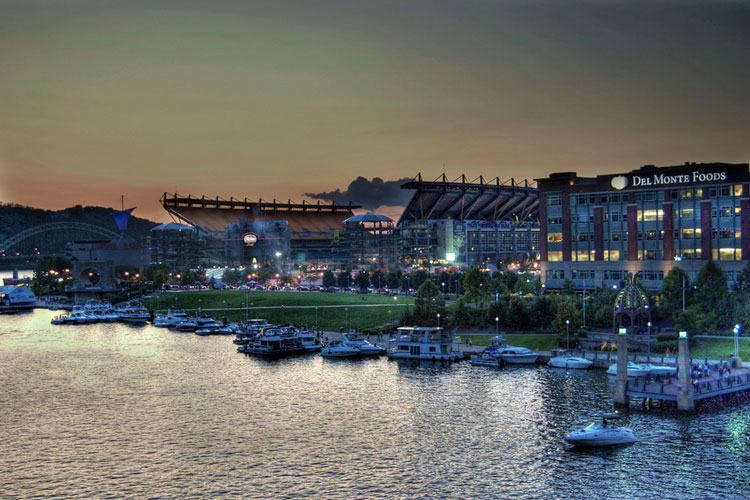 Exactly four stadiums in the National Football League have good names. Only one of those is excellent.

That would be Soldier Field, the hard-nosed home of the Chicago Bears. The runners-up are: Lambeau Field, territory of the Green Bay Packers; Arrowhead Stadium, host venue for the Kansas City Chiefs; and Los Angeles Memorial Coliseum, the Rams’ yard — which only makes the list because “Coliseum” makes any venue sound more impressive.

Most of the rest of the league’s gargantuan stadiums are saddled with the most depressing emblem of 21st-century sponsorship, the temporary, corporate title. These range from the logical and relatively benign — Ford Field in Detroit — to the utterly absurd — TIAA Bank Field in Jacksonville, which sounds less like an arena of combat and more like a section of a loan application (“Please remember to list your depreciable assets in the TIAA Bank Field on p.25”).

Heinz Field, the dominion of the Pittsburgh Steelers since the demolition of Three Rivers Stadium, bears what is admittedly among the less upsetting corporate sobriquets. It’s one word, which helps, and it’s a beloved brand widely identified with the city.

As pointed out last month, however, the name may depart the North Shore in 2021, when the original deal expires.

Heinz paid $57 million — or, approximately 23.85 million 20-ounce bottles of ketchup — to secure the name of the Steelers’ turf for two decades. It is expected that the cost will rise, on a per-year basis, when the deal expires; Kraft Heinz, as the brand is now known, may well find the asking price too steep.

If that occurs, there will be plenty of companies happy to take over for the ketchup giant. If the building is no longer known as Heinz Field, the smart money is on one of two local companies to snatch up the title. (Both involve a string of letters containing “P” and “C.”)

So before we get there, let’s try to get a bit of a movement going.

There’s only one acceptable name for that stadium.

Before the era of corporate naming, the structure on the North Shore would’ve borne that name without a second thought — it was initially considered before the lure of all that ketchup money proved too tempting to resist.

Over the intervening years, however, the value of an NFL franchise has become even more astronomical. According to Forbes, the Steelers are worth approximately $2.6 billion. Everyone with an ownership stake in the team is quite wealthy and will continue to be so. There is no threat that the team will need to hold a bake sale to make rent. There’s plenty of money in Steelers football, and that is highly unlikely to change in the foreseeable future.

The goodwill garnered by eschewing a dull, corporate name and instead naming the stadium as it should’ve been named all along is worth more than even a phenomenally large check. I understand that begging a football team to turn down free money is a hopelessly naive argument, but I don’t care: We’re making a plea for sanity and reason, here. This is as things should be. The Steelers have the opportunity to lead the charge away from the likes of Lucas Oil Stadium and Dignity Health First Park and back toward Lambeau and Arrowhead.

Corporate stadium names are dumb. Pittsburgh can fix the problem.

Where are These Notable Pittsburghers Now?

No Surrender: Vic Walczak's Crusade for the Underdog