Let’s Get Ready to Royal Rumble

The WWE’s second-biggest pay-per-view event of the year comes to CONSOL Energy Center this Sunday. 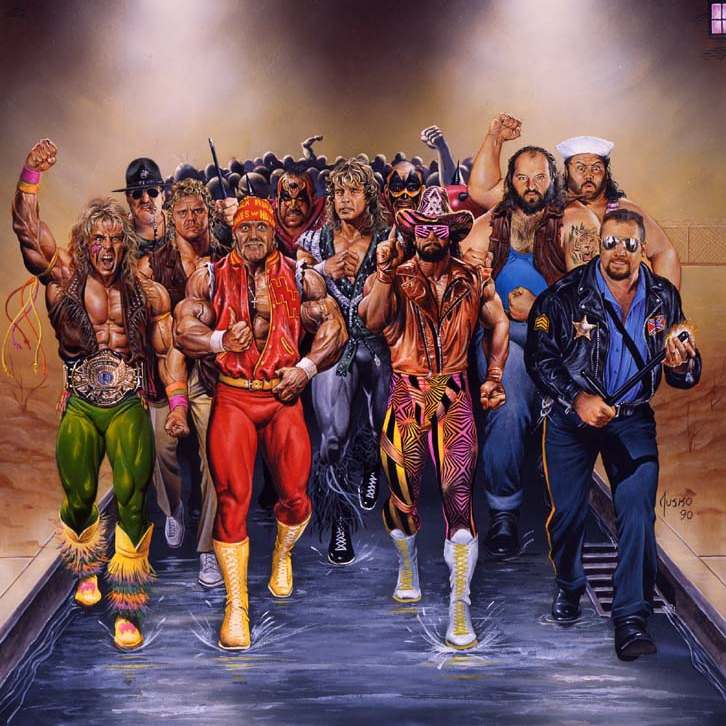 In the bigger-than-ever world of WWE wrestling, everything revolves around Wrestlemania. The annual event, which will celebrate its 30th installment this March at the Superdome in New Orleans, has grown from a trial-and-error experiment in the 1980s to become pro wrestling’s signature occasion, encompassing a week of events and drawing global travelers to a packed stadium. Consider this: more people will attend Wrestlemania than the Super Bowl this year, and none of the card’s matches have even been announced as of yet.

Wrestlemania has never taken place in Pittsburgh. So that almost certainly makes this Sunday’s WWE event at the CONSOL Energy Center, the 2014 edition of the Royal Rumble, the most significant Pittsburgh wrestling card in modern history. It’s only the second time one of WWE’s “Big Four” events was hosted locally (after Summerslam ’95,) and the Rumble is typically the most-hyped and talked-about wrestling event of the year, outside of Wrestlemania itself. (The 1991 Royal Rumble poster, pictured above, will instantly send ’80s babies into a fit of nostalgia).

What’s the hook? The titular event is an over-the-top-rope battle royal in which 30 competitors enter the ring, one-by-one, at random; the last grappler standing is granted a match with the champion at Wrestlemania, ostensibly the year’s most prominent confrontation.

The concept is flawless. Every 90 seconds or so, a countdown timer is displayed, egging fans on as they count down to the next participant. When the buzzer sounds, a mystery wrestler emerges, and the composition of the match changes. Each new entrant could be a world-beating champion or a hapless schlub. Sometimes, it’s a headliner returning unexpectedly from injury or time off; occasionally, it’ll be a star of yesteryear making a surprise appearance (After Dark is rooting for a surprise return from hometown boy Kurt Angle this year).

As Ric Flair would say: To be the man, you have to beat the man. All 29 of them.


About 20 of the participants for this year’s Rumble match have been announced. They’re headlined by CM Punk, the endlessly-popular independent circuit star turned WWE main eventer, and Batista, a former champion and rising movie star (he’ll be in Marvel’s upcoming “Guardians of the Galaxy”) who just reappeared in the WWE on Monday.

Also at the event, perennial WWE top dog John Cena will challenge current Heavyweight Champion Randy Orton for his title, and Brock Lesnar — the wrestling wunderkind who left the WWE to become a mixed martial arts champion in the UFC — will make a rare appearance to challenge wrestling’s last true giant, the seven-foot, 450-pound Big Show. Daniel Bryan — the grappling world’s most popular star of late, frequently featured on wrestling-friendly sports blogs like Deadspin and Grantland — will battle the nefarious Bray Wyatt in a preliminary bout.

The particularly dedicated wrestling fan should also note that top independent promotion Ring of Honor will get in on the action Saturday night, hosting a show of their own at the David L. Lawrence Convention Center. Ring of Honor represents both a training ground for superstars of the future — both CM Punk and Daniel Bryan made their names here — and an outpost for some of wrestling’s outsider (but no less talented) personalities. Think of them this way: if the Royal Rumble is a polished concert extravaganza at the First Niagara Pavilion, Ring of Honor is a frenzied underground show at Altar Bar.

Fans not currently holding tickets for the Rumble will have to head to StubHub, as Pittsburgh’s quite-dedicated wrestling fans have combined with out-of-town visitors to make tickets scarce. To use a tired phrase, though, if you attend one WWE event in your lifetime, make it this one. For many, there’s no more thrilling event in the strange artform of pro wrestling than the Royal Rumble. Watching the event has made a fan out of many skeptics, and watching it live is a rare opportunity.