Let Loose at the Library 'After Hours'

Yes, you read that correctly. Party at the Carnegie during After Hours. 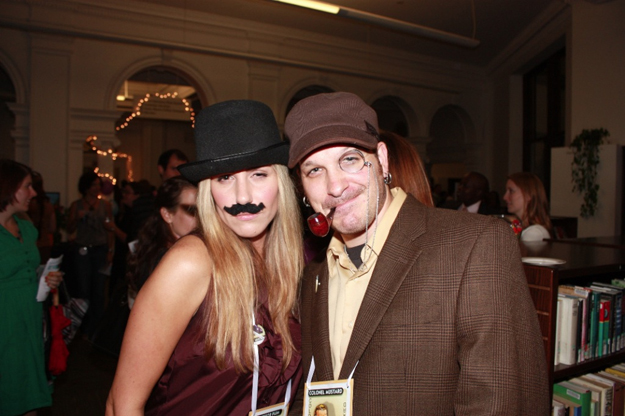 GO OUT FOR MUSIC AND DRINKS . . . AT THE LIBRARY
Unless you’re one of many Pitt students slaving and raving in “Club Hillman” with energy drinks and $5 large cheese pizzas from nearby Atwood Street, you might not have considered spending your Friday night at a library. You should — you’ll even enjoy it. Tomorrow at 7 p.m., the Oakland location of the Carnegie Library of Pittsburgh will partner with the Pittsburgh Symphony Orchestra for After Hours at the Library: Late Night. Expect live music from Nameless in August as well as Andre Costello and the Cool Minors, photo booths, Trivial Pursuit, raffles, an auction and other activities. Local restaurants will provide “light bites,” while sponsors Full Pint Brewing, Pittsburgh Winery and Wigle Whiskey provide beverages.

A NEW TAKE ON “THE GREAT ONE” AT PITTSBURGH PLAYWRIGHTS
Roberto Clemente represents a lot of things to Pittsburghers. To one generation, he’s an icon and a statue; to an older crowd, he’s a memory streaking around the diamond. To a lucky few, he’s a fallen friend — or at least a titan they had the privilege of meeting. Fitting, then, that so many would try to tell Clemente’s story; in print, on the silver screen and beyond, many have attempted to offer a lens on the baseball legend.
In “The Great One” by local playwright Russ Babines, Clemente is seen through the eyes of a sports commentator on a return to Pittsburgh as she reminisces about her life growing up in town in the early ’70s. “The Great One” stars Tressa Glover, a regular presence on local stages and the producing artistic director of No Name Players. No Name Founder and Artistic Director Don DiGiulio directs this Pittsburgh Playwrights Theatre Co. production.

PITTSBURGH’S BEST BINGO GAME GOES WAY OVER THE TOP
Sponsored by Shepherd Wellness Community, OUTrageous Bingo is held monthly from January through May at Rodef Shalom Congregation in Oakland. And it is positively hoppin’. Winter weather be damned: OUTrageous Bingo always is packed. No-parking, crowded-table packed. Gay, straight, young, old, couples, groups, drag queens, bingo sharks — everyone is there. A dozen regular games are interspersed with special games as well as door prizes, a 50-50 raffle and halftime performances by two drag queens. PM contributor Amy Whipple attended a recent installment. To get you ready for Saturday’s event, she’ll give you the lowdown in this week’s edition of After Dark!

IN THEATERS: After a full six years in the making, the sequel to the unlikely action smash “300” arrives this weekend. Eva Green stars in “300: Rise of an Empire.” Other films debuting this weekend include the animated “Mr. Peabody & Sherman” and the documentary “Jerusalem,” narrated by Benedict Cumberbatch. —S.C.