Let It Go: Despite Being a Costly Outing, See 'Disney on Ice'

The kids want to see characters from "Frozen." You want to see your favorite princess. Make everyone happy by snagging tickets to a weekend show. 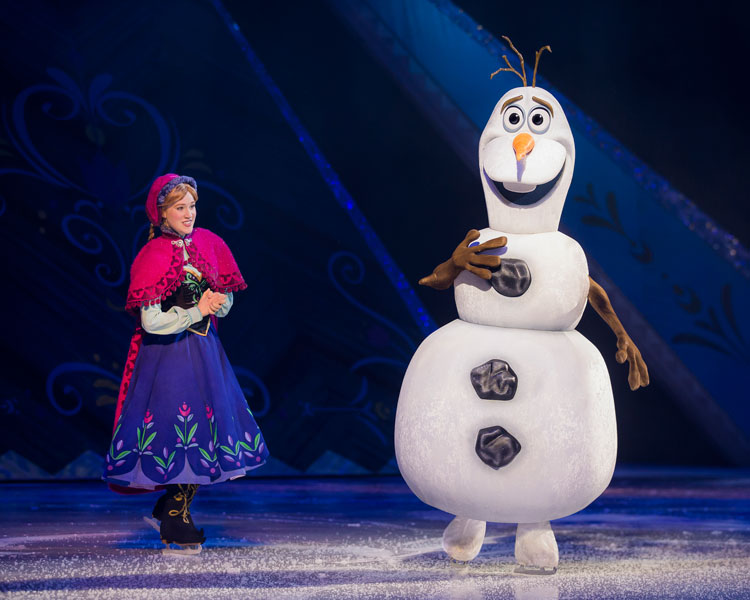 YOUR KIDS REALLY, REALLY WANT TO GO TO “DISNEY ON ICE”
Look, we get it. By the time you pay for tickets, parking, hot dogs, souvenirs and assorted whatnot, taking the kids to see “Disney on Ice Presents Princesses and Heroes” likely will be an expensive proposition. And yes, the 18-month reign of “Let It Go” over the vocal cords of global youngsters had just waned, allowing weary parents to finally enjoy an Elsa-free moment — progress that will be immediately undone by the “Frozen”-focused ice capades scheduled for this weekend at the Consol Energy Center.

But don’t underestimate the impact of a trip to “Disney on Ice” for youngsters. For many children, seeing Disney characters skate, sing and ham it up is their first exposure to a live, theatrical event — and the icy acrobatics have the potential to inspire some junior figure skaters or hockey players, too. What’s more, seeing big-screen characters come to life is an undeniably enchanting experience for kids (hence a century of Disney dominance). Why fight it? Open your wallet and bring the crew down to Consol. Dare we say … let it go.
(1001 Fifth Ave., Uptown; Wed-Sun; click here for showtimes, tickets and info)
— Sean Collier

SPICY COMFORT FOR WEARY TRAVELERS
Imagine, if you are willing, a travel nightmare: You’ve got a connecting flight in Pittsburgh but arrive to find yet another massive snowstorm is bearing down on somewhere-or-other, and you’re not going anywhere. A slightly pinched wallet pushes you in search of budget accommodations. You’re fine, you have a place to sleep, but you’re grumpy. You need comfort in the form of food and drink. Now what’s the name of that small restaurant just down the street? Wings, Suds and Spuds? Yup. That’ll do. See how the airport-area haven stands up to the Bar Exam in this week’s edition of After Dark!

A LOST-ARK ADVENTURE IN SQUIRREL HILL (BUT LEAVE YOUR WHIP AT HOME)
Indiana Jones is the theme of the ninth annual JCC Big Night event. The Jewish Community Center of Greater Pittsburgh’s largest fundraiser is set for 7:30 p.m. Saturday. The price of admission includes access to the “snake-pit casino,” a silent auction, belly dancers and other exotic entertainment. Some of the 110 prizes up for silent auction are a 10-day European cruise, a trip to Belize and signed sports memorabilia from a laundry list of Pittsburgh-born NFL greats. The local swing band Dr. Zoot also will perform at the event, which raises money for the JCC’s annual fund. This “hair-raising adventure” will pay for “children in after-school programs or children and adults who need a hot lunch on a daily basis,” JCC marketing coordinator Marla Werner says. Tickets are $125; bidding for the silent auction begins online today.
(5738 Forbes Ave., Squirrel Hill; tickets and info here)
— Cristina Holtzer

IN THEATERS: Director Neill Blomkamp’s first feature, “District 9,” scored a Best Picture nomination; his follow-up, “Elysium,” was a letdown. Fans are hoping that robots-in-action tale “Chappie,” out today, will see the director — set to take on the “Alien” franchise next — return to form. Elsewhere, retirement looks romantic in “The Second Best Exotic Marigold Hotel” and business travel looks bratty in “Unfinished Business,” with Vince Vaughn. The heart-wrenching Russian Oscar nominee “Leviathan” also debuts this week, at the Harris. — S.C.