Frustrated by his sterile white classroom, teacher Greg Geibel earned an A+ from students when he transformed the space into something resembling a modern coffeehouse. 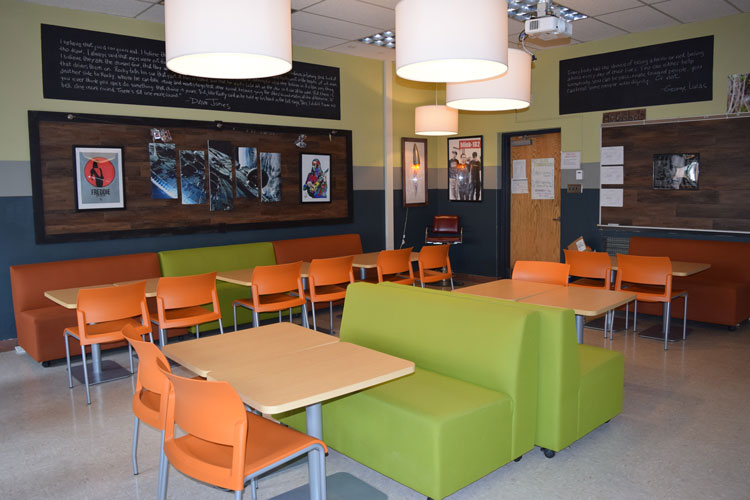 It’s been proven that interior design has a powerful effect on mood. For example, certain colors can influence your emotions (blue for calmness, orange for a jolt of energy), while a sterile environment can bring about feelings of stress and anxiety.

Greg Geibel knows firsthand how surroundings affect the psyche — and the proof is in his students.

Last year, the 10th grade English teacher at North Allegheny High School threw out the chalkboards, desks and chairs that had been exactly the same in his classroom since he started teaching more than 20 years ago. 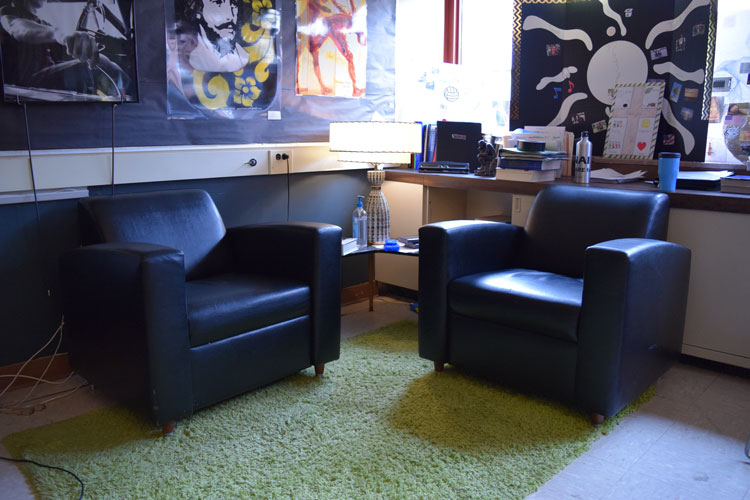 In place of the classroom staples — which were donated to a school in Virginia that had lost everything due to flooding — he added leathers sofas, café-style tables and seating and high-top tables with stools.

Ignoring the overhead fluorescent lighting that is still there — but that he doesn’t use — Geibel hung four, 36-inch round decorative pendant lights from IKEA. 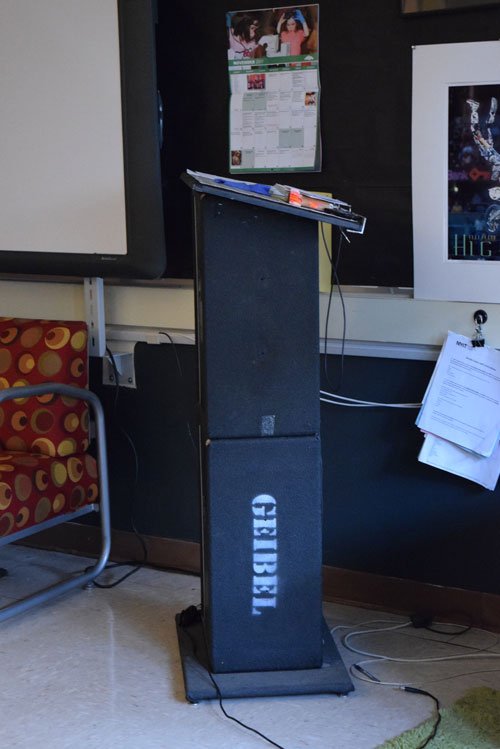 During a holiday break, he painted the bland white walls a warm grayish-green color offset by a darker forest green shade. Instead of a desk, Geibel teaches from a podium he created using two empty Peavey speaker cabinets on which he stenciled his name.

The result is a classroom that doesn’t feel like a typical classroom — and where students are thriving.

Since Geibel instituted the design changes, he has noticed more interaction and collaboration between students, increased productivity and lower stress levels, according to the Tribune-Review. His kids also love coming to class — and often arrive early to get their preferred seat.

“I think they are more receptive,” Geibel says. “I think they know that they’re in a very special room. Kids walk by in the hall and wonder what’s going on in there.”

Geibel says the idea to overhaul his classroom came to him in the fall of 2016. As he surveyed his students sitting in rows at their old-fashioned desks, he noted they were using their laptops and smart phones to learn, things that weren’t around when the classrooms were created.

He also thought about where students meet these days to study, places like Starbucks, Panera Bread and Hello Bistro, which all cultivate inviting atmospheres.

“Everything in the world has changed and evolved, but seating arrangements in schools haven’t,” Geibel says. “I was frustrated. I said, ‘Something has got to change.’”

True to his word, Geibel approached principal Brendan Hyland as well as the district’s superintendent and assistant superintendent with plans to redesign his classroom. He didn’t have to do much convincing. The administration was very receptive to the changes, he says.

“It wasn’t a hard sell,” he says. “The hurdle becomes how do you do it? How do you finance and fund it?”

At the time, the district was undergoing renovations, and Geibel was allotted $16,000 from the building budget to revamp his classroom. He also got creative with the décor. 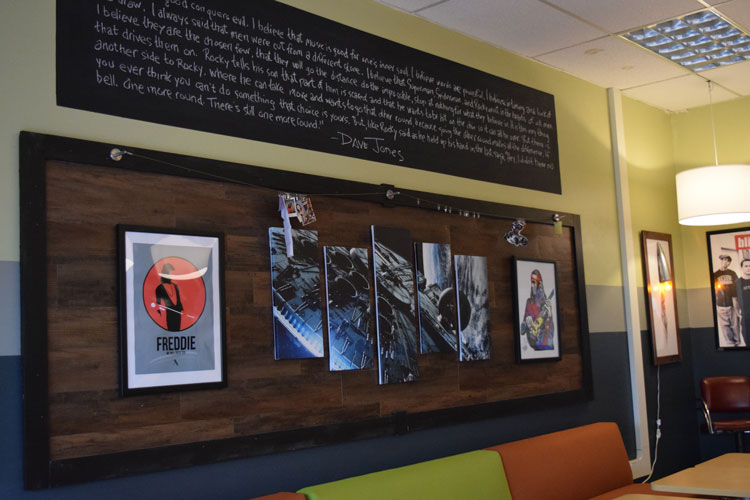 A fan of flea markets and estate sales, Geibel brought in furniture, including a groovy retro-style love seat, he has collected over the years. He also rescued two slightly scuffed leather club chairs from Ross Park Mall that were being thrown out. On the walls, he used laminate flooring to create a wooden feature wall.

Other accessories include a vintage lamp and a boomerang-shaped table from the 1960s. Perhaps the most unique piece, though, is a chrome art-deco style barber chair a friend donated to Geibel.

“I think whether the kids are into English or not into English, there’s a place where at least they can sit and feel comfortable, rather than 30 chairs and desks all lined up,” he says. 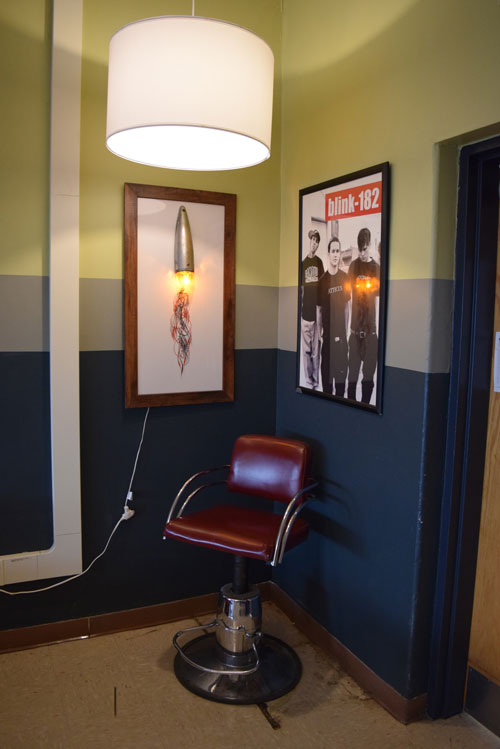 Geibel also bounced design ideas off his wife, Jennifer, a design graduate of the Art Institute of Pittsburgh, and consulted with Franklin Interiors, which has a showroom in the Strip District.

The room’s warm and welcoming hues (which students had a final vote on) and new lighting were decided on after Geibel read up on the psychology of light and color. He also studied the floor layout at restaurants and retail stores for inspiration.

“I used to joke, ‘Let’s pretend we’re at Starbucks,’” he says of teaching students in his classroom. “I can’t use that joke anymore because it feels like we’re sitting in Starbucks.”

The changes, Geibel says, have been embraced by both the district and its students. These days, his room serves as an incubator to inspire design changes in other North Allegheny classrooms and beyond.

“My friend requests on Facebook has spiked with former students getting in touch, asking why didn’t this happen when we were there? I get emails from teachers in other districts asking how can I make this happen?” he says. “I think as we head into a more modern style of education, we have to figure out how to present it the same way.”