Yes, Sidney Crosby was allowed to skip a DMV line. Get over it. 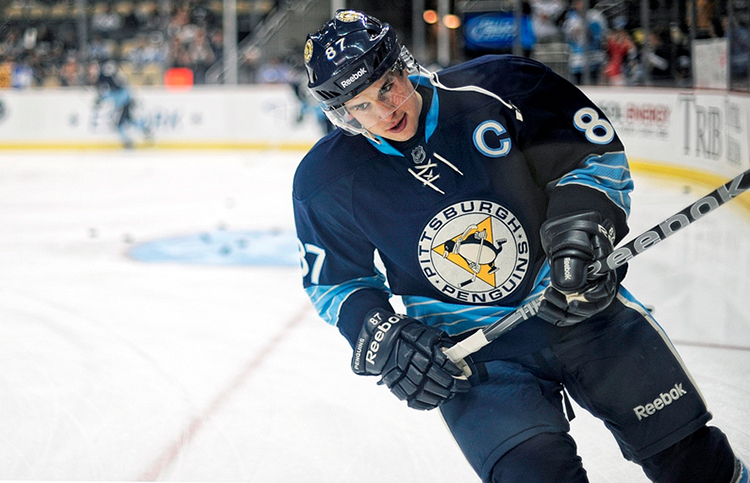 If you’re Sidney Crosby — the most talented, most famous and most adorable hockey player on the planet (don’t quote me on those “facts”) — your life has to have an unending sense of surreality.

Constant attention. Flashbulbs. Fans and media hanging on every word you utter and then reading between those words to find hidden meaning that isn’t there. Ever-present scrutiny over every aspect of life, both personal and professional. In fact, is there even a distinction between those two worlds for Sid? Or has his celebrity status meshed them together in a jumble of TMZ, ESPN and local-media sound bites?

If that weren’t bad enough, your own teammates booby-trap your hotel bathroom.

It’s no wonder you won’t find Sid on Twitter. He’s not on Facebook. He’s not posting his #foodporn pics to Instagram. Crosby has clearly tried to maintain some faint semblance of privacy in a know-everything-about-everyone-all-the-time world.

Last Friday morning, Crosby entered a suburban DMV office to renew his license. The staff allowed him to go to the front of the line … because he is Sidney Crosby.

Not “because he is Sidney Crosby and we must worship his sports-hero status at all times, lest the Hockey Gods smite us lowly peons for making him wait.”

But rather, “because he is Sidney Crosby and if word gets out that he’s just sitting there in a metal chair at the DMV, ironically clutching ticket No. 66 while waiting his turn, there will be chaos as friends text their friends ‘OMG SID IS HERE,’ and before you know it, the DMV has become an even deeper level of hell.”

Not long ago, Sid came into my husband’s restaurant to dine with a friend. He was ushered to a corner table, not at his request but because the hostess realized that putting Sid in the center of the room would be imprudent — like parading a shirtless Justin Bieber through a tween birthday party.

Look, I’m just as much of a fangirl as you are. (Love you, Sid. Call me. *Fingerhearts*) In my excitement, I texted exactly two people that Sid was at our restaurant. One was a friend who is as Pittsburgh-famous as Sid. The other was my sister, the biggest Sid fan in the world, and I’m not joking when I say it took all my powers of persuasion to stop her from finding an emergency babysitter, hopping in her car and driving 16 miles to stalk him in aggressive-cougar fashion. She is on record as saying that she’d leave her husband if Sid would have her. And she 85-percent means it.

People are that crazy about Sid.

So the DMV let him go to the front of the line. The Pittsburgh Post-Gazette devoted 800 words to the event, and the next thing you know, people in Philly were triumphantly claiming that Sid is indeed a whiny crybaby.

Deadspin and other national outlets soon picked up the story. All over the country, people were given the false impression that Sidney Crosby was too entitled to wait in line at the DMV like a regular person. Flyers fans are still spontaneously chest-bumping strangers on the subway.

Somewhere in Sewickley, Sid woke up, read the news and started angrily punching the air.

Either that or he rolled around in a giant pile of money to comfort himself.

My point is this: Sid is not a regular person. He is a person capable of creating a frantic mob in a matter of minutes. Would the P-G have run this story if John Q. Burgher had been permitted to skip the line? Of course not. Maybe it was a slow news day, but they ran it because it was guaranteed to be a Big Dumb Viral Sensation.

Penguins players continually take pay cuts to stay in Pittsburgh long-term because they appreciate the privacy and respect we give them.

The decision to cover this seems way too Philly-ish. We are better than this.

This article appears in the August 2013 issue of PittGirl.
Categories: PittGirl