Learn to Scuba Dive at the Pittsburgh Zoo

Unfortunately, you won't get to ride a dolphin during the experience. 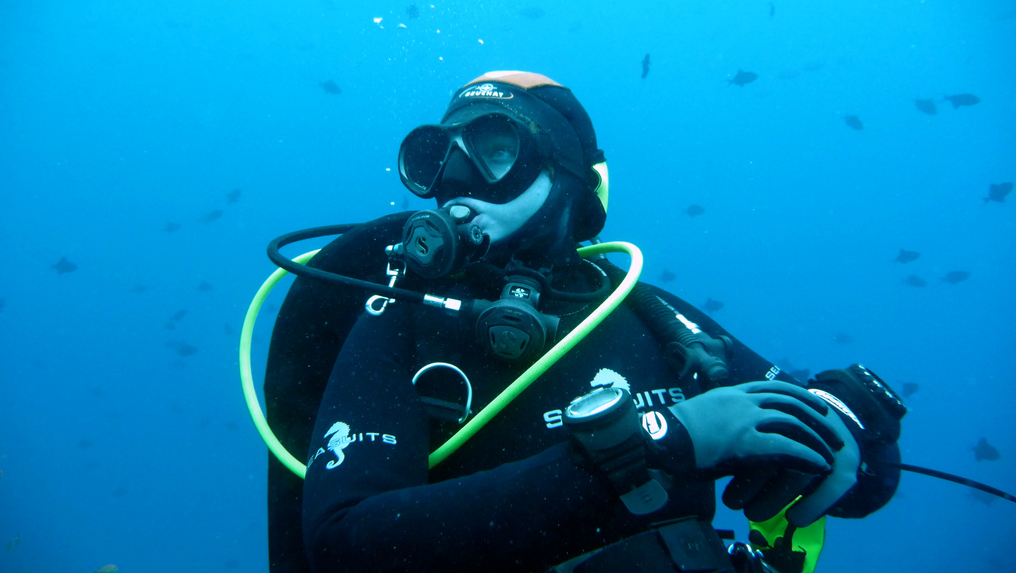 Dive in at the Pittsburgh Zoo & PPG Aquarium
How could you ignore a chance to learn how to scuba dive at the Pittsburgh Zoo & PPG Aquarium? From 10 a.m. to 4 p.m. tomorrow through Sunday, you can acquire some training and take a short dive through a 25,000-gallon pool — included in the price of admission. The dive is part of the PPG Industries-sponsored Festival of Water and accompanied by the DEMA Be A Diver Pool Tour. Scuba gear is provided; just bring a towel. You’ll want to arrive early because diving lessons are on a first-come-first-served basis. Participants must be at least 10 years old and 54 inches tall.

Cajun, blues, R&B and more in Johnstown
Sure, Coachella and Bonnaroo attract big-name headliners and indie reunions. But you don’t have to make a weeklong pilgrimage to have a great time at a world-class music festival. Johnstown’s annual Flood City Music Festival, running tomorrow through Sunday, is an annual extravaganza of roots music ranging from bluegrass and blues to New Orleans jazz and Irish folk — and beyond.

This year’s featured acts include: Trombone Shorty and Orleans Avenue, a fusion of Cajun funk and hip-hop; Robert Randolph and the Family Band, purveyors of steel-guitar driven R&B; the distinctly innovative Greensky Bluegrass; and folk-rock favorite Stephen Kellogg. Get the full festival lineup online; camping packages are available for those who don’t want to miss a beat. And no sky-high ticket prices here: One-day tickets are $20, and weekend passes start at $45.

Does Hollywood have a gun problem?
Denzel Washington and Mark Wahlberg play off of each other well in the late-summer action flick 2 Guns, released nationwide this weekend. As a pair of very different lawmen undercover, they have easy chemistry and know how to draw the best out of one another. Unfortunately, the movie’s so soaked with mindless action that they’re almost drowned out. In this week’s edition of After Dark, we’ll review 2 Guns — and try to figure out how Hollywood got hopelessly hooked on mayhem. Read the review in After Dark!

In Theaters: Distract the children: An army of famous folks lend voices to tiny blue creatures in The Smurfs 2, released yesterday. Firmly on the other end of the spectrum, you’ll find the aforementioned shoot-em-up flick 2 Guns. Fortunately, you don’t have to bother with either. There’s a number of good-to-great flicks in local theaters, including World War Z; Pacific Rim; The Way, Way Back; and surprise horror hit The Conjuring. —S.C.

This article appears in the August 2013 issue of PMWeekend.
Categories: Things To Do