Leanne & Steve Dish on Season 2 of "Restored by the Fords"

Any way you look at it, March 19 is going to be a big day for HGTV star Leanne Ford.

The date marks the second season premiere of “Restored by the Fords,” the successful series featuring Leanne and big brother, Steve Ford, renovating houses around Pittsburgh.

It’s also her due date.

“I’m probably going to be watching it from the hospital bed,” jokes Leanne, who is expecting a girl. “Luckily all hospitals air HGTV, so we’re good.”

The new baby — Leanne’s first with husband Erik Allen Ford — caps off what’s turned out to be a big couple of years for the Ford siblings, who grew up in Upper St. Clair and worked on a number of projects together before HGTV shot them to stardom last January with the initial eight-episode run of “Restored by the Fords.”

Since then, Leanne has launched a successful lighting collection with Target. Part of Project 62, the retailer’s Mid-Century Modern home line, the modern yet approachable collection, made to Leanne’s detailed vision, has won praise for its affordable pricing and ease of installment. For example, at Leanne’s request, each fixture includes an oversized light bulb.

The designer, who calls the line a dream come true, says it has been a thrill to watch people buy her pieces. Often, buyers tag her on Instagram with pictures of the line in their home, which she occasionally reposts on her own social media.

“That has been such a joy to watch and see,” she says. “Everyone has such a good-looking home!” 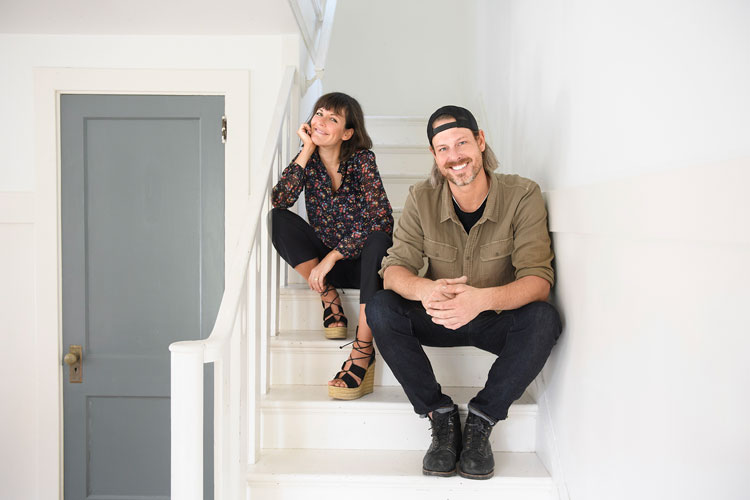 Leanne and Steve also will collaborate on “A Very Brady Renovation.” Set to premiere in September on HGTV, the show will feature the Fords, plus a number of other HGTV stars — including Property Brothers Jonathan and Drew Scott — recreating the original, iconic “Brady Bunch” house alongside the show’s original cast members.

There’s also the recently announced HGTV show, “Rock the Block.” Adding a dose of girl power, the competition series, set to premiere in late 2019, pits four women HGTV designers — Ford, Jasmine Roth of “Hidden Potential,” Mina Starsiak of “Good Bones” and Alison Victoria of “Windy City Rehab” — against each other as they renovate four identical suburban homes with a set budget of $150,000. The designer who increases their home value the most wins.

As for the original series that brought the siblings’ fame, season two of “Restored by the Fords” will double the amount of episodes aired on season one. Beginning last May — and finishing up near Christmas — the Fords filmed 15 diverse projects across the Pittsburgh region, including in Sewickley, Edgewood, Sharpsburg and Valencia.

“They were all so different from each other, which is always my favorite kind of experience,” Leanne says. “Pittsburgh has an amazing mix of architecture. It’s totally across the board. That was a blast.” 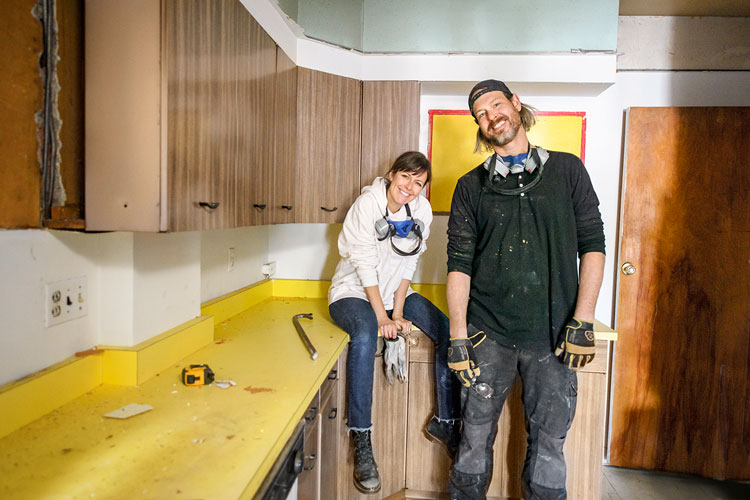 As was the case on the previous season, Leanne creates the new looks for the homes while Steve leads the construction work. At one point during filming, Leanne estimates they worked on eight different projects simultaneously — which meant a lot of time in the car. That was fine with Leanne, who spends half her time in California and says she enjoyed seeing the region's greenery.

“We were really cruising around Pittsburgh for a lot of it,” she says. “I just love Pennsylvania.”

This season’s clients include some of the Fords’ hometown friends — and Steve himself.

After years of living on the South Side above his clothing store, Decade, which he closed late last year (“I just got too busy,” he says), Steve recently bought a city warehouse in need of renovation to use as both a living and working space.

“Basically, I applied as our clients apply to the show and [the producers] said yes,” he says. “That’s amazing because had I not been part of the show, I would have waited. Things would have gone a lot slower.”

Although Leanne called him a “toughie” as a client, Steve disagrees, saying he and his sister were mostly on the same page. The episode is set to air as one of two back-to-back episodes for the show’s season finale, he says.

“It’s more raw and industrial than a regular home space. It will be a nice change from what we usually do,” he says. “My dreams just came true. I’m a little nervous to share that with the whole world.” 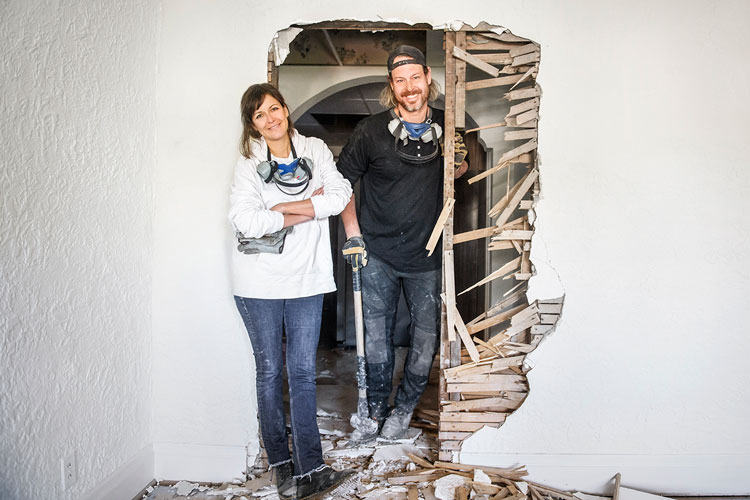 The scope of the show isn’t the only thing that will be bigger about season two. Viewers will get to watch Leanne’s growing baby bump.

Leanne says she filmed throughout seven months of her pregnancy. Although the episodes won’t air chronologically, her bump makes a definite appearance.

“I couldn’t even pretend to hide it,” she says. “It’s funny, of course, no woman wants to be on national TV when they’re not in their finest moment, but at the end of the day, it was pretty cute to have her along for the way.”

Given her design background, everyone naturally has been asking Leanne to see the baby’s nursery. Admitting kid rooms aren’t her forte, Leanne says she’s nevertheless pleased with how the decor turned out. Among other things, the room features loves notes written between Leanne and her husband.

“We’ve always had this wall in our house with all our love notes tacked up,” she says. “We put them in her room, to kind of say ‘This is our story. This is how she got here.’”

Once the baby arrives, Leanne says she will be taking some time off — sort of.

Although she and Erik will retain a residence on the West Coast, the couple is renovating a personal home in Pittsburgh’s suburbs. She recently sold her former home, a schoolhouse she redesigned, in Sewickley.

“I’ve always kept roots in Pittsburgh,” she says. “My family is there. We’re definitely not going anywhere.”

This article appears in the March 2019 issue of Nest.
Categories: Nest