Lawrenceville's New Hipster Hotspot Lives Up to the Hype

Housed in a former Moose lodge, Spirit offers great drinks, a bevy of events and lots of great space to eat pizza. 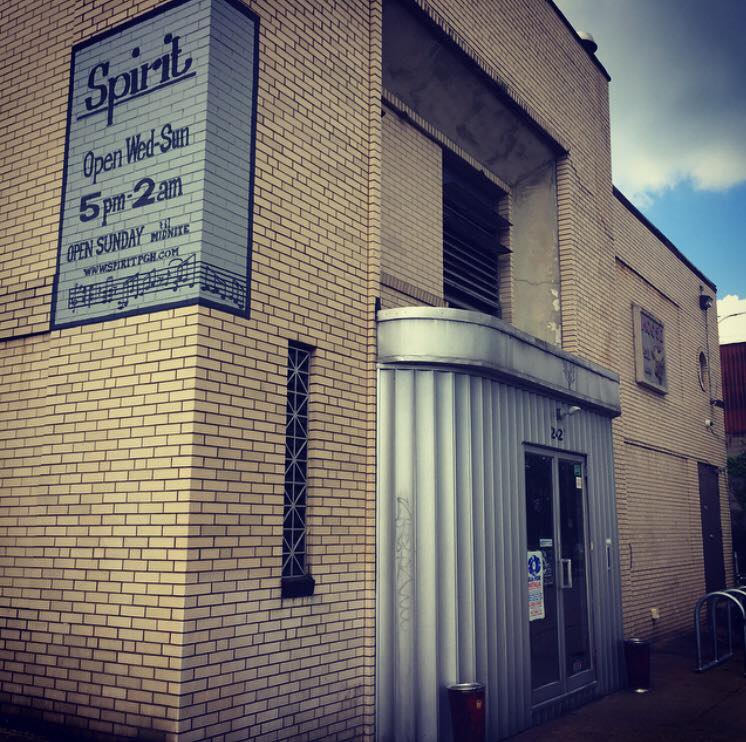 One quick way to my heart: Name a drink after a “Twin Peaks” character.

As a devoted fan of the cult TV series — which in 2017 will finally get a quarter-century-overdue third season, by the way — any time I spot a reference to David Lynch’s most iconic creation in the wild, I get happy. So on my first visit to Spirit, a much-buzzed-over new bar in Lawrenceville, I didn’t hesitate before ordering the Laura Palmer.

Named after the teen whose death sparks the otherworldly series, the refreshing drink is a take-off on the Arnold Palmer (but with more booze and tragic wistfulness). It’s a lovely cocktail, the sort that you can only find on the menu of a bar that knows what it’s doing — and Spirit fits the bill.

Backing up: I had heard repeated raves about the sprawling 51st Street bar since its April opening. Housed in a former Moose Lodge — the sign still is on the outside of the building — Spirit quickly built a reputation as the hot new hipster hangout in still-ascending Lawrenceville. That’s hype that can go two ways; in some cases, the coolest folks in town are in on an entirely enjoyable secret before the rest of us, and in others, a new uber-chic spot will reveal itself as all talk and no substance. (This may be doubly so in Lawrenceville, where some bars have lived and died on little but the fashion sense of the clientele.)

Unlike some oversold neighborhood bars, though, Spirit undeniably is cool, regardless of your social standing. The main space, Spirit Lodge, houses booths, tables, a small stage and a long bar in what is clearly a longtime Moose lodge; with low lighting, reasonably priced drinks and space to breathe, it’d be a fine bar all on its own. But there’s more to the Spirit footprint — chiefly, embedded pizza joint Slice Island, where filling, Sicilian-cut slices are available by the slice ($3 for cheese, $4 for meat or vegetable offerings) or pie ($15 and $20).

And, by the way, this is no back-room-of-the-bar afterthought pie: Slice Island’s offerings are very good.

Beyond Slice Island is an outdoor seating area (complete with horseshoe pit) that puts many local beer gardens and open-air hangout spots to shame. Above it all is Spirit Hall, an event space for larger concerts (shows fill the downstairs regularly) and private events.

Along with its own signature evenings — such as Tune In Tuesdays, where ’80s-era MTV is projected and vintage video game consoles are set up for your button-mashing pleasure — Spirit also is getting in on some longstanding Lawrenceville nightlife traditions. The drink-fueled roller-skating party Down and Derby has moved, at least temporarily, to Spirit — an installment is scheduled for this Saturday — and Belvedere’s popular ’80s night has moved down the street while the Lawrenceville mainstay recovers from a fire.

The Spirit website also has photos of something simply titled “Hungry Hungry Humans,” an apparent life-size version of the marble-grabbing board game. My interest is piqued and then some.

Perhaps most importantly, though, Spirit is a welcoming, friendly place. Many places on the cutting edge of the local bar scene can be standoffish to those of us who would never be lumped into the hip crowd (a category in which I am certainly included). Spirit, on the other hand, made me feel right at home — fitting for a former Moose. Believe the hype: If you’re eager to try a new bar this summer, Spirit should be at the top of your list.