The Abbey on Butler — part coffeehouse, part restaurant, part bar — could prove to be a major Lawrenceville destination. 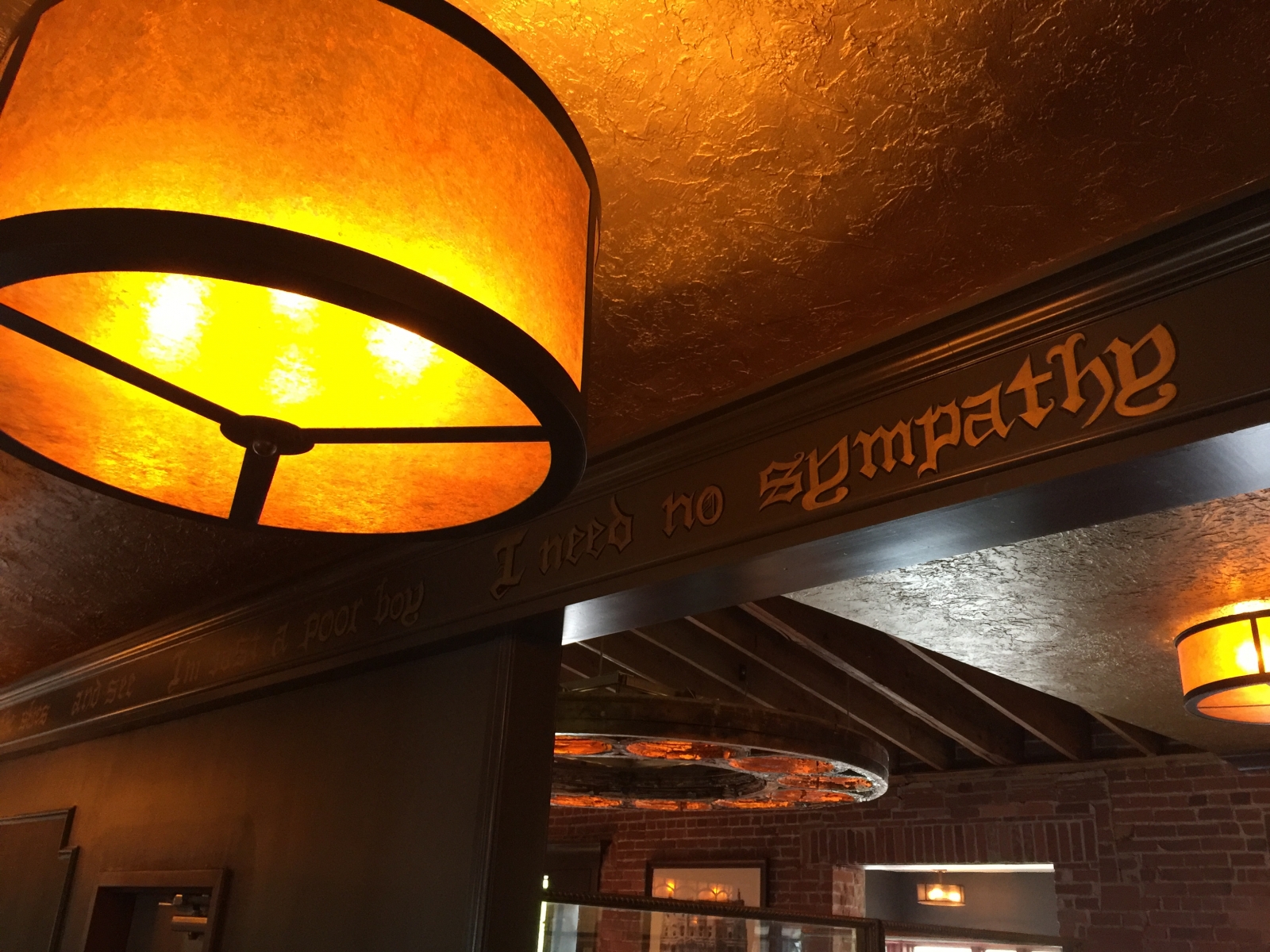 At the beginning of April, The Abbey on Butler opened its doors, instantly becoming the precise sort of business not found elsewhere in Lawrenceville — sprawling, multi-faceted and designed to appeal to the masses, not the niches. Already, it has a number of things going for it; with just a month of business to its name, The Abbey is an alluring option at all hours of the day and night.

If it irons out a few more kinks, it’ll be unstoppable.

First, the layout: As you approach The Abbey heading upriver on Butler, you’ll immediately notice the sizable outdoor patio. This in and of itself is remarkable; in a neighborhood where businesses are lucky to be able to squeeze two seats onto the sidewalk by the front door, this much real estate for relaxing, talking and mingling — and, of course, eating and drinking — al fresco in Lawrenceville is an easy draw. The people-watching alone is worth the price of a drink.

Inside, you’ll enter to find this is no one-room pub. There’s a large bar to your right and a full coffeeshop to your left. A second back bar is down a hallway at the rear of the building (stop and note that the trim in this hallway is comprised of the “Bohemian Rhapsody” lyrics). There are seating areas around corners, ranging from the sociable to the secluded. Adjacent to the coffeeshop, there’s an open lounge with couches, wi-fi, the whole bit. Everywhere, there are tiny ornate touches that don’t quite add up to a clear theme, but certainly separate The Abbey from the generic rabble.

If it seems like a lot going on … well, it is. But the building, a former funeral home, is divided in such a way that you’re unlikely to be troubled by what’s going on elsewhere — the coffee sippers probably won’t hear the drinkers; those at the back bar won’t have to talk over an espresso machine.

Trying to explain what the Abbey serves when is a bit of a challenge, but in short: They’re usually open and often in several different forms. The coffeeshop starts brewing at 6:30 a.m. on weekdays and only half an hour later on weekends. Sit-down service is available during lunch and dinner; brunch and a late-night menu are planned as well. And the bar serves from 11 a.m. until 2 a.m. on weekdays — and pulls staggering 16-hour shifts on Saturdays and Sundays, opening at 8 a.m.

With so much service, you’d expect some confusion, especially during odd hours. But when I visited in the early afternoon on a weekday, I was seated immediately and checked on regularly by an attentive and helpful server. If The Abbey still has some things to work out, service is not among them.

So what is? I don’t know if I’m becoming more attuned to the sonic landscape lately — as last week’s diatribe against digital jukeboxes or my obsession with the soundtrack at Bakersfield might indicate — but the music at The Abbey needs some immediate attention. I’m not exactly sure what I was listening to, but it was as though ’90s smooth jazz and light-techno video game soundtracks had an ugly baby.

And while the bar at The Abbey is doing well — a cocktail list contains a number of intriguing drinks (including some morning options for those taking advantage of the early weekend opening) and the draft list was varied — there’s something slightly off about the food, at least in what I tried. Everything was fine; there are no specifics I can complain about. I just think they haven’t found themselves quite yet, which is entirely forgivable this early in the game. For such a warmly lit, inviting place, I was also surprised the wine list isn’t longer than it is.

Those issues are relatively minor, though, and to be expected at a new place. If they overcome them? If six months from now, The Abbey is a sprawling, inviting, multifaceted bar/restaurant/coffeeshop on Butler Street — with a great menu? (And more wine?) It’ll become everyone’s favorite Lawrenceville stop in no time. As it is, it’s well on its way.