The longtime Butler Street hangout reopens with a great rooftop space and a few kinks to work out. 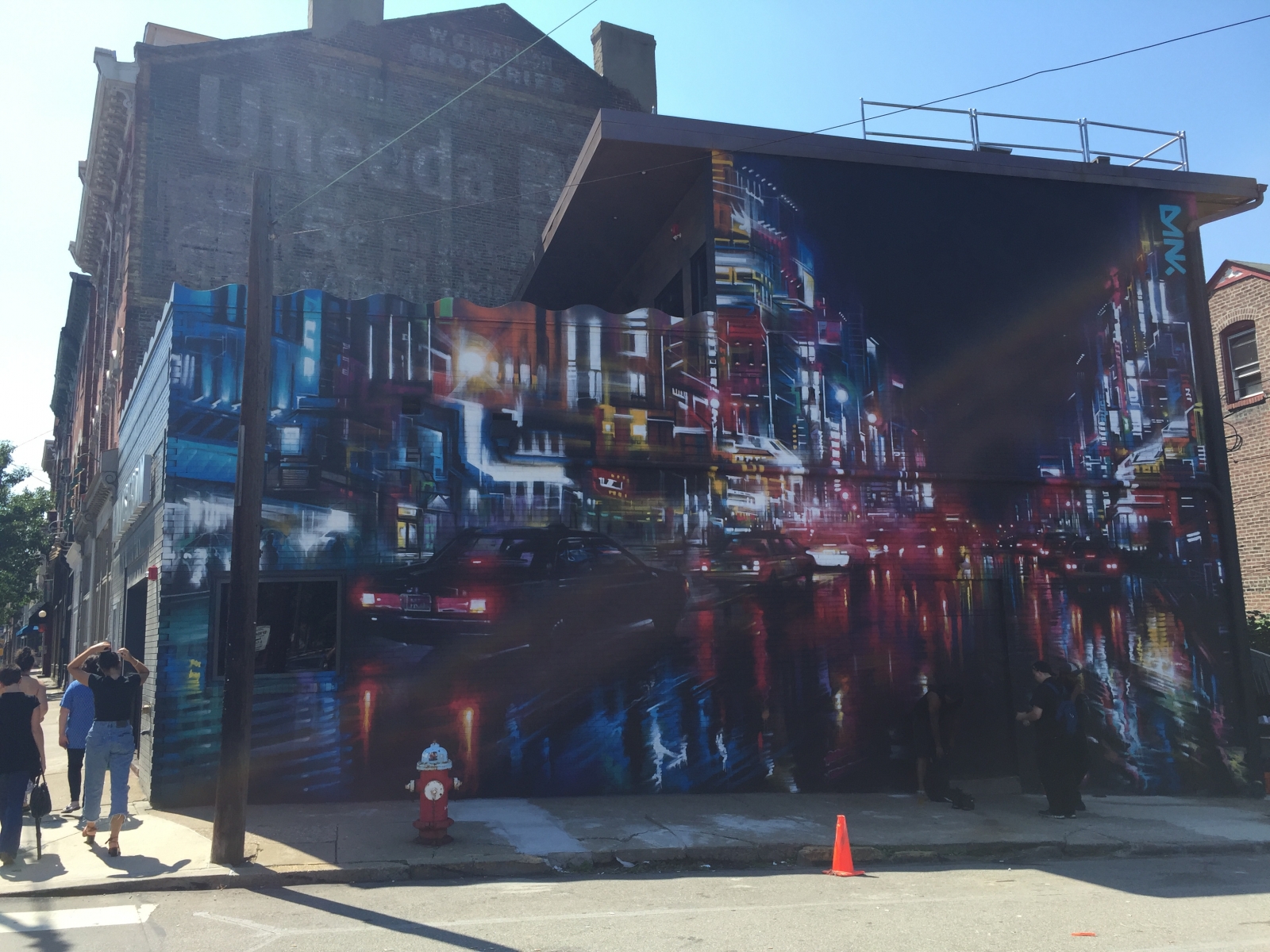 I’ve been writing this blog long enough that I can no longer find evidence of entries I know I once wrote.

When my co-editor, the always-knowledgeable Hal B. Klein, recommended the rebooted New Amsterdam in Lawrenceville as prime subject matter for an After Dark entry, I knew I had written about the bar years ago. I’m still not sure if it was for this blog or for the print edition of Pittsburgh Magazine, but I remember visiting — and frankly, not being particularly impressed.

For all the hype around Lawrenceville as a hipster haven, most places are certainly welcoming and inviting, whether you show up in an on-point outfit or tattered cargo shorts. Places such as Arsenal Lanes, Belvedere’s, The Vandal and many others undeniably cater to the young urban set but never seem imposing or unapproachable.

My impression of the New Amsterdam, however, was the opposite — I felt like this was a place I wasn’t cool enough to hang out. Nothing about the joint made me enjoy myself to the point that I could override my general sense of discomfort and make a trip back.

So for years, I unconsciously avoided the popular Butler Street nightspot. With so many other fine places to hang out nearby, it wasn’t tough to leave one out of my rotation. A redesign and reopening this year promised a better experience, though, so I made up my mind to return.

And it’s better. But mainly because of its roof.

A rooftop beer garden now adorns the small building, a novelty in Lawrenceville. Earlier this year, I wrote about how nearby spot The Abbey would likely rise to prominence simply by virtue of its spacious outdoor seating area, a rarity in the neighborhood; while I still have a slight preference for that bit of al fresco territory (noting that The Abbey still has some kinks to work out itself), a rooftop, open-air hangout in the heart of Butler is a welcome addition.

The main bar has been redesigned as well; while space is still limited, the presence of the roof relieves some of the pressure, at least in the warmer months. And gone is the odd acoustic quality that the old New (old new?) Amsterdam had which made conversation inside nearly impossible.

The cocktails I sampled could be described as good enough. I tried a pair of house specialties, the August Moon (apricot-spiked bourbon, sweet vermouth, port and more) and the Kingston Sidecar (rum, a house-infused orange liqueur and a bunch of fruit touches); my companion for the evening sampled the I Want You 212, a tequila-based creation. All were good, uniformly refreshing and mixed quite well, but none dazzled; a decade ago, these would’ve been among the best cocktails in town, but today, I can name a great number of places which routinely produce more remarkable offerings.

The new menu is new enough that I can count some duds as early misfires; a brussels sprouts appetizer we tried was delicious and a chicken tender starter was well above par, but my guest called her veggie burger downright unappetizing, eventually sending it back. (I should note that the staff was very understanding and helpful throughout.)

Still, above-average cocktails and a few tempting snacks on a Lawrenceville rooftop make it hard to be too critical. As for my previous sense that the New Amsterdam is simply too hip for me, I didn’t get that this time around; the current staff is indeed welcoming and friendly, and I never felt less than comfortable under the night air.

Nightlife in still-growing Lawrenceville is becoming an arms race, as bars and restaurants compete for the attention of a mobile, heat-seeking crowd. The New Amsterdam has a solid leg up; to become a perennial favorite, though, it still has some growing to do.