Laugh in the Face of Cancer

Support a good cause by heading to Diesel for the finals of Gilda Club's comedy search, headlined by Aaron Kleiber. 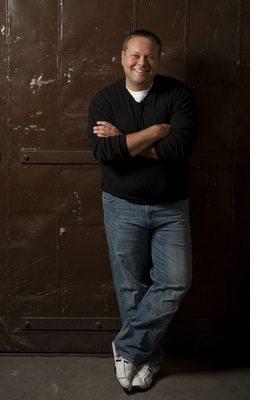 As someone who’s hosted a wide variety of stand-up comedy open mic nights, I must admit that they have a tendency to vary in quality.

Make no mistake, though: As I’ve said in this space before, Pittsburgh’s comedy scene is thriving right now, with more hilarious talents established as regulars and up-and-comers making a name for themselves than ever before. Just about any bar with a microphone in the city of Pittsburgh is going to have some excellent performers picking that mic up.

And — not just because I show up there frequently — the weekly open mic at The Beerhive in the Strip District, a show I’ve hosted many times, is probably the most consistently entertaining of any that I’ve been a part of.

But beyond that, it can be a bit rough out there. Sometimes you end up with one too many aspiring comedians without any experience under their belt, with no good sense of what works and what doesn’t. Sometimes you find yourself at an open mic with two dozen people performing, stretching into the wee hours of the morning. Sometimes the stage is in the wrong spot, and you can’t even hear the talent over the general bar din.

And sometimes the bar forgot to mention that there was an open mic night, or that they were even open on Wednesdays. And no one is there. And they don’t pay you. Am I speaking from experience? Yes. Am I still bitter? Slightly.

Those tangents aside, here’s the point: it’s always great to check out the ’Burgh’s rising talent in a slightly more structured environment. If it’s for charity, even better. So you should make a point of heading out to Diesel Club Lounge tomorrow night for “Laughing in the Face of Cancer,” the finale of Gilda’s Club’s comedy search. 13 finalists — Vinny Fasline, James J. Hamilton, Matt Light, Krish Mohan, Robert X, Travis Walling, Michael Buzzelli, Justin Markuss, Alex Stypula, Tim Ross, Ray Zawodni, Carl Schimmel and Derrick Knopsnyder — will duke it out in a “Last Comic Standing” style showdown, with the winner crowned Pittsburgh’s Funniest Comic.

I’ve done open mics with every one of those guys, so take it from me: they’re funny. They’re more than worth checking out, and you’ll be hearing a lot of those names again.

The evening will be hosted by Randy Baumann of the WDVE Morning Show, and the contestants will be judged by WPXI’s Alby Oxenreiter, 96.1 KISS-FM’s Mikey, and KDKA’s Susan Koeppen.

And fresh off of being selected as the city’s Best Local Comic by our readers in the 2012 Best of the ‘Burgh poll, Aaron Kleiber will headline the show.

As if the overwhelming funny weren’t enough, the whole evening (a mere $10, by the way) is for the benefit of Gilda’s Club of Western Pennsylvania, a charity dedicated to helping families through battles with cancer. So check out the best of the local comedy scene for a good cause. It’s like an open mic — but, you know, better.