Last Call for the Saints of Los Angeles 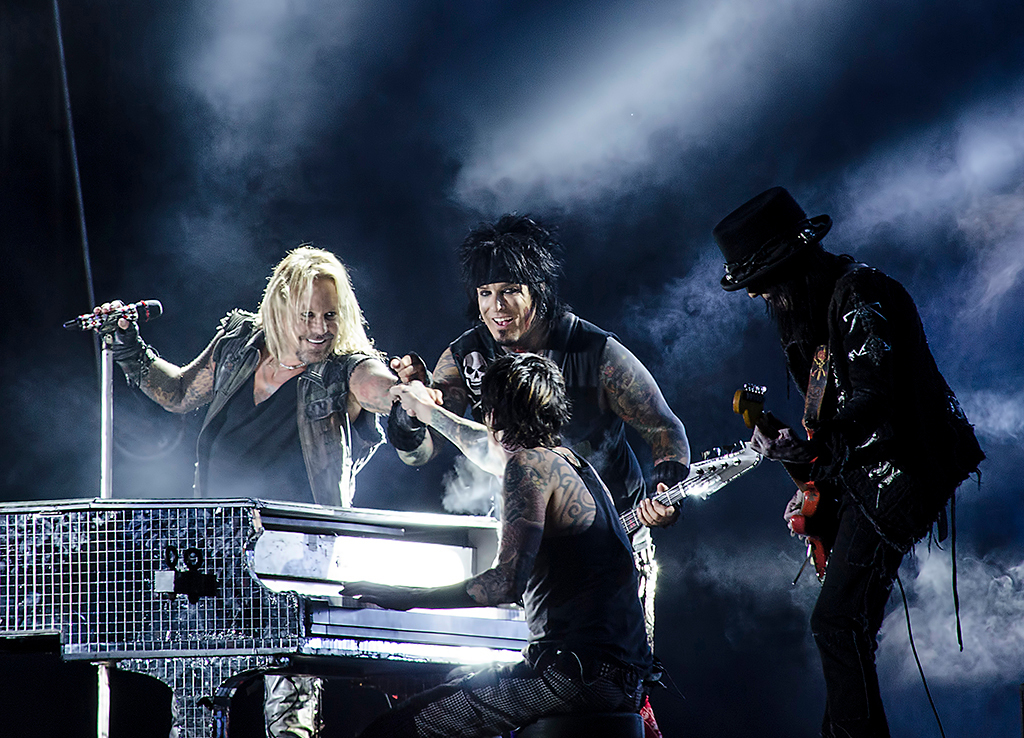 When a film franchise runs out of plausible excuses for another sequel, the characters aren’t buried — the series simply reboots with new stars. No bygone TV show is free from rumors of a revival, culminating movie or comic book adaptation. “Final Fantasy,” huh? There have been like 25.

This is especially true in the world of music, where breakups are short-lived and nearly every act with a decades-old hit is still kickin’ with a mostly new lineup. Summer concert series are plagued with former hitmakers reconstituted with the lead singer and a trio of nameless schlubs; on the other end of the spectrum, even seemingly reunion-proof marquee acts such as The Police and The Beach Boys eventually got the old crew back together to sell hundreds of thousands of tickets.

Concerts such as these can run the gamut from depressingly bad to inspiringly good (though most fall right in the middle of the spectrum). The difficulty, though, is convincing a casual fan that they absolutely must see this or that act; it seems like every legend shows up in the area every other year, so what’s the rush? I’ll catch my favorite ’70s or ’80s or ’90s rockers next time.

Enter Motley Crue. The raunchy rockers who produced slice-of-an-era hits including “Kickstart my Heart,” “Dr. Feelgood” and “Girls, Girls, Girls” are coming to town Wednesday for a headlining set at the First Niagara Pavilion — and they will never be back.

Before embarking on a two-year tour dubbed “The Final Tour,” the four original members of the band — Nikki Sixx, Tommy Lee, Vince Neil and Mick Mars, all of whom will be in Burgettstown on Wednesday — signed something called a “Cessation of Touring Agreement,” a legally binding document that prohibits the group from touring together under the Crue name after the end of 2015.

Allegedly, the document details financial penalties if the agreement were broken, though who would demand or benefit from those fines is a question. Nevertheless, Motley Crue’s doing everything the group can to convince you that this is your absolute, no-nonsense last shot to see the band. Busy Wednesday? Then you’ll literally never see Motley Crue. Deal with it.

Of course, you may not exactly care about seeing Motley Crue. Fortunately, the opening act for this tour is Alice Cooper, who I had the pleasure of seeing — and was absolutely blown away by — last summer at Stage AE. Cooper, still at the height of his shock-rock powers and theatrical flair, is more than worth the drive to Burgettstown on his own.

So take a few minutes today to listen to Crue’s hits and think about whether you might enjoy hearing those tunes live. Like, ever, in any hypothetical reality. Because you only have one more chance.

For real. They’re not messing around. They brought in a lawyer.

Tickets for Wednesday’s show are still available via LiveNation.

This article appears in the August 2014 issue of After Dark.
Categories: After Dark