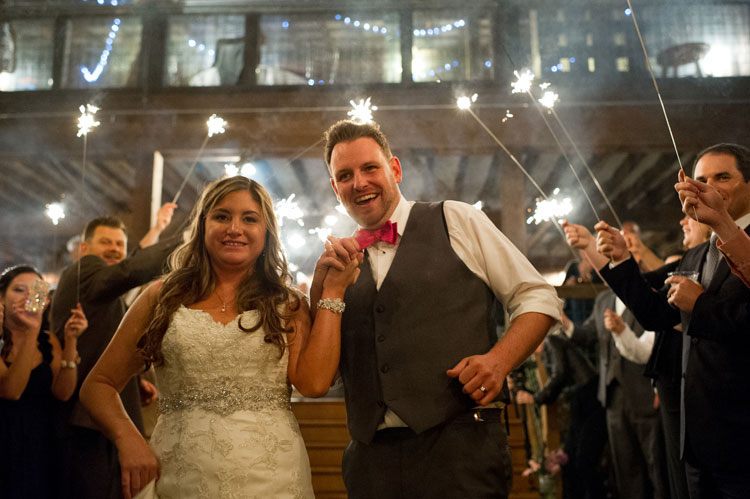 If there is truth behind the superstition of wedding-day rain predicting glad tidings, Kristina Kelley, 29, and Andrew Walton, 34, have nothing but good luck ahead of them.

The Waltons were set to tie the knot at an outdoor ceremony at Lingrow Farm in Leechburg, but a summer storm almost ruined their plans. All morning, the skies unleashed rain, forcing the couple to hold their indoor cocktail hour before the wedding instead of after, as they’d planned, in hopes that the rain would let up. 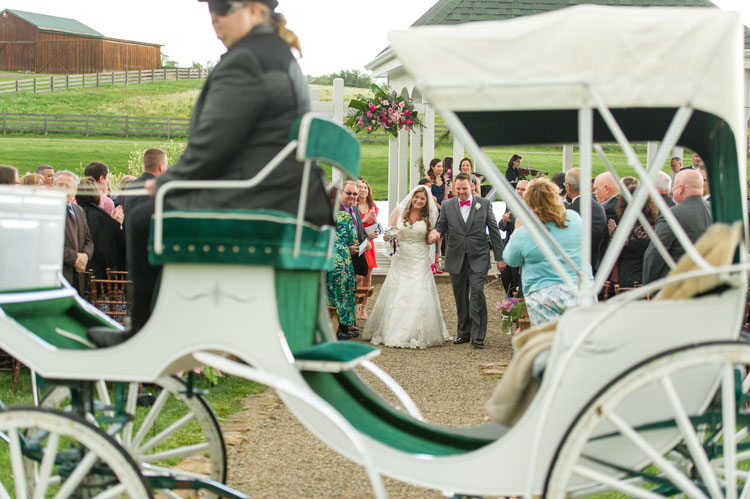 At the moment the couple had rescheduled their trip down the aisle, the downpour stopped, opening up a bright-blue sky and streaming sunshine. The pair had just enough time to say their vows and return to their reception venue, a barn on the grounds of Lingrow Farm, before the rain began again.

Later, three rainbows appeared over the barn. Kristina and Andrew, who between them have lost six grandparents, say they feel that the colorful arches were their grandparents’ way of joining them on their special day. 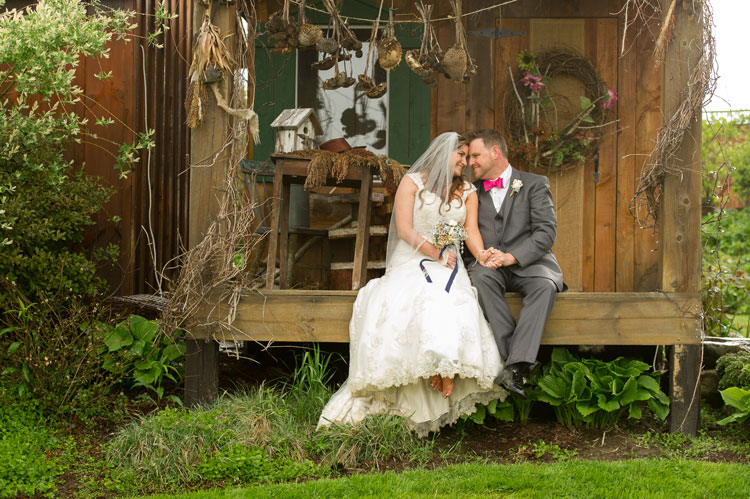 Kristina, a native of White Oak, and Andrew, who moved from Akron, Ohio, in 1999 to attend The Art Institute of Pittsburgh, met and began dating while working at Education Management Corporation. They later followed separate career paths but ended up working together again at Ariba a few months before the wedding —  Andrew as a senior associate technical support engineer and Kristina as a project coordinator. They now live in Brentwood. 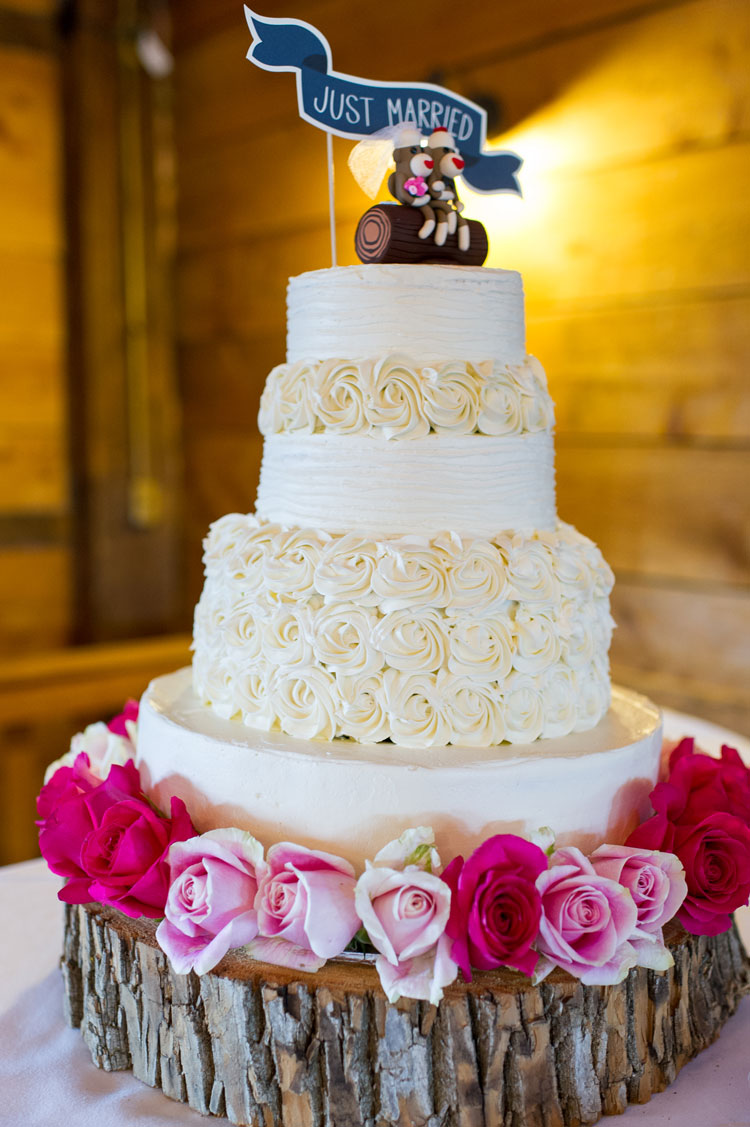 The pair dated for five years before Andrew proposed while they rode bikes on a trail in the South Side. He pulled over, faking an injured hamstring, and after redirecting Kristina’s attention from a family of ducks floating on the river, got down on one knee. 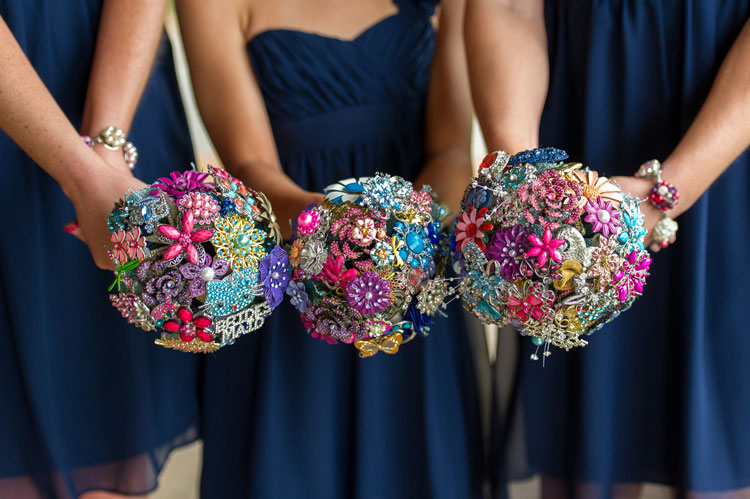 Kristina began planning immediately, scouring thrift stores to find antique pitchers for her centerpieces and milk glass that completed the candy table. She also collected brooches from the couples’ grandmothers, mothers, aunts, friends and cousins to incorporate in bouquets she created for herself and her bridesmaids.

“Whenever I look at [my bouquet], I know where they came from. Everyone wanted to give me a brooch to put in the bouquet,” she says.