Kris Bennett and His Extreme Designs for Pittsburgh

Bennett and his group have done so well that they caught the attention of a production company and recently filmed the pilot episode of “Steel City Rehab,” which debuted on HGTV in April. 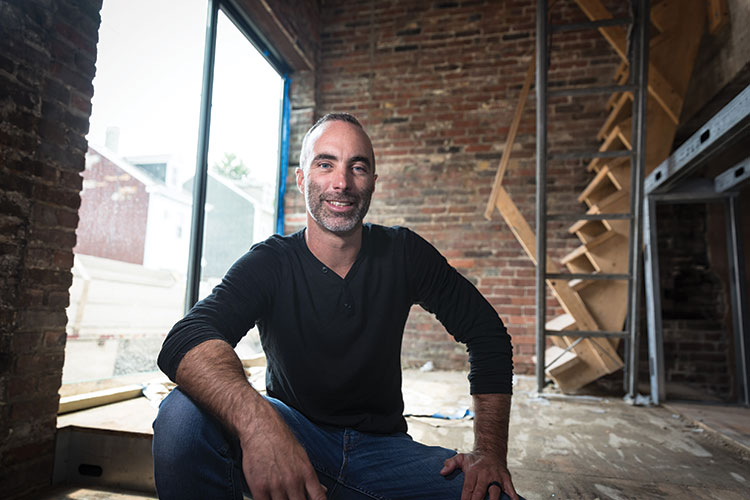 Taking risks has always been a part of Kris Bennett’s lifestyle. At 17, he became a professional BMX biker, doing stunts and competing in events like the X Games for a living.

“It was a pretty unorthodox way to spend my 20s, but it was good. It was fun,” he says. “But you know, after that was over, it was kind of like — I’m 28 years old, no job experience, no college education.”

Not sure what to do next, Bennett migrated to real estate — just as the housing market was in turmoil from the crash in December 2008.

“I think that the background that I’d been in … kind of gave me that mentality: just try it,” he says.

Since taking that leap, Bennett, with the help of his wife, Tara, has established the K Bennett Development Group, a Pittsburgh real estate development firm dedicated to repurposing and renovation, and a sister brokerage firm, Lifespace Pittsburgh. K Bennett primarily creates residential spaces, always trying to use any distinctive existing design elements. Bennett and his group recently caught the attention of a production company and filmed the pilot episode of “Steel City Rehab,” which debuted on HGTV in April.

The Bennetts, who live in Fox Chapel with their three children, aren’t sure if “Steel City Rehab” will return with another episode, but they are keeping plenty busy without it.

Bennett says the group is working on around 20 different projects in various Pittsburgh neighborhoods and suburbs, including The Cargo Lofts: three single-family properties in Lawrenceville partially built from repurposed shipping containers. 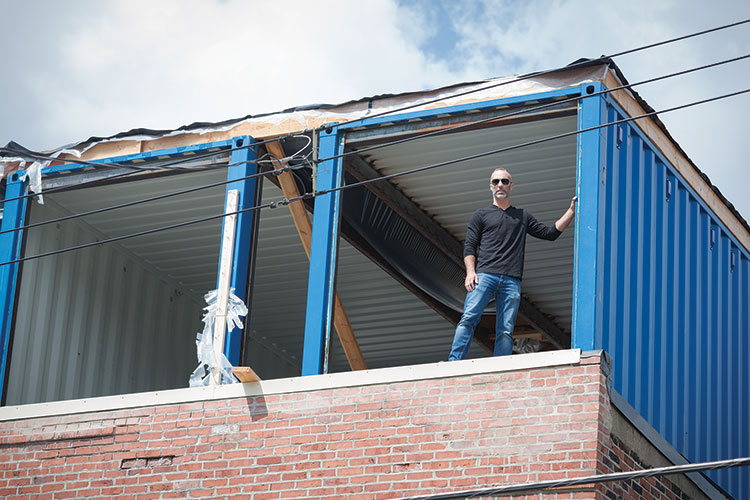 What is your process for choosing or approaching a house (or warehouse) for renovation?
KB: First … we gut everything down to the studs. We used to try to maybe use some of what’s there. I mean, we’ll try to keep some original features, but as far as mechanicals go, we take all the drywall down. We do all new plumbing, all new electric, all new HVAC. … If you don’t take the walls down and put new plumbing and electric and everything in there, then you’re not sure what’s there.

After that … we get our designers in there. That’s probably my favorite part of the process. Once we’re down to the studs, we’ll take three, four hours in there with a sketch pad and some tape measures and just try to lay the house out — just kick some ideas around, spray paint the floor, just try to outline some walls. That’s definitely my favorite part of the process.

How is K Bennett Development Group different from developers in other cities?
KB: We’ll take a lot of the old original features in the house and try to keep them and repurpose them. I think that kind of plays into the Pittsburgh history. Anything old in a Pittsburgh house, people get really excited about and it really helps to market the house. And then just playing up the different neighborhoods: we renovate houses differently depending on what neighborhoods they might be in.

So like Lawrenceville, for instance, everything we do there is smaller. It’s a little bit — I guess, ‘hipper’ — would be the key term. We’re going to do a lot less historic stuff in Lawrenceville, just because the vibe of that neighborhood isn’t necessarily historic. Whereas in Friendship or an East Liberty house, those neighborhoods do have a little bit more history.