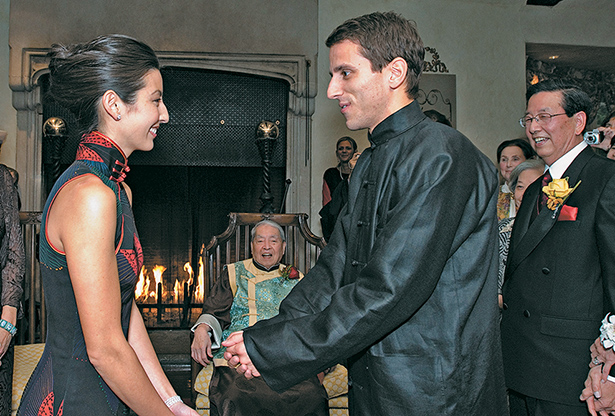 To honor both the bride’s and groom’s heritage, a custom-written Lutheran ceremony was held outdoors at the Longue Vue Club (400 Longue Vue Drive, Verona; 412/793-2232, longuevueclub.net). This was followed by a traditional Chinese wedding and tea ceremony in front of the fireplace in the club’s living room. 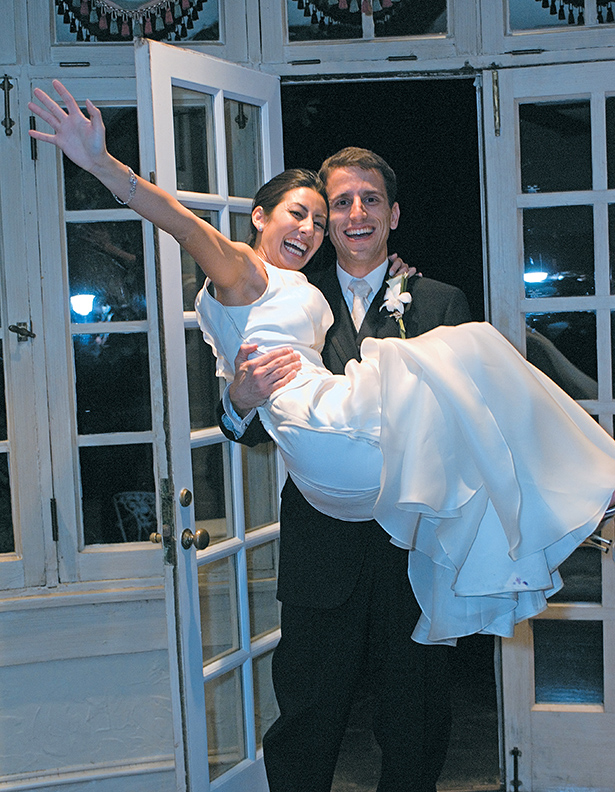 For the Lutheran ceremony, Kirstin wore an ivory gown designed by Ruben Campos, purchased at Jin Wang Salon in San Francisco, CA (111 Maiden Lane; 415/397-9111, jinwang.net). The mermaid silhouette gown was made of matte silk satin and layered silk organza. For the Chinese ceremony, she chose a custom-made qipao, a traditional Chinese dress from Shanghai. This dress was sleeveless with a high mandarin collar and featured black matte silk with a butterfly pattern and red and orange silk piping. 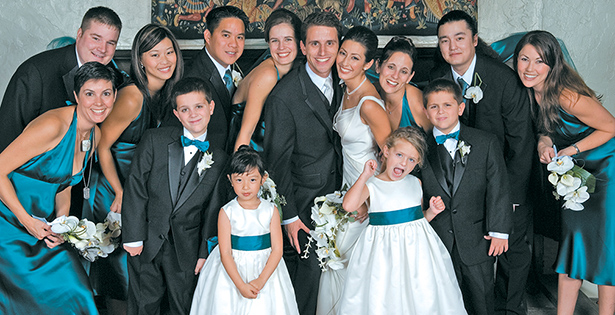 The reception was also held at the Longue Vue Club in the ballroom and featured teal and brown décor with Ikebana-style centerpieces. Guest books were placed on each table containing photos of the couple’s favorite memories together, with pages for the guests to write messages.

The Rick Purcell Band (412/276-9507, rickpurcell.com) provided the entertainment for the evening, playing a variety of classic wedding tunes. As a special surprise for Adam, Rick even accompanied Kirstin on the keyboard as she sang their song, "Magnolia Street," by Catie Curtis.