Kiplinger Again Names the University of Pittsburgh a Top-Value University 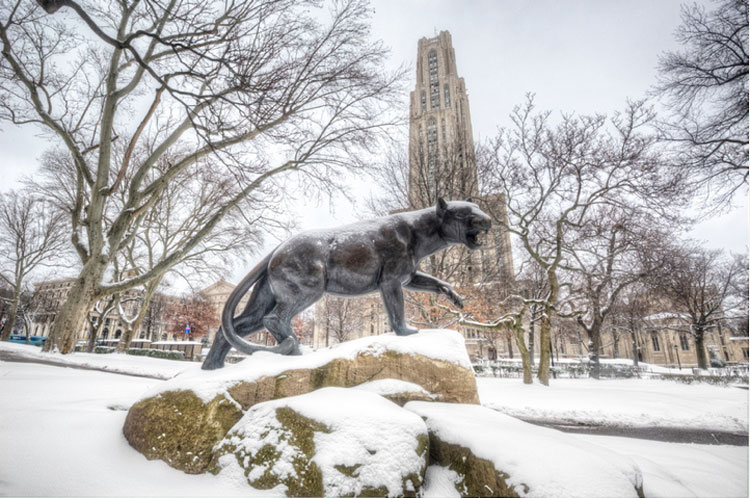 STATE RANKINGS ROLL IN
Kiplinger’s Personal Finance ranked the University of Pittsburgh as the the best value among all public colleges and universities in the state for the 10th year in a row. Also appearing on Kiplinger’s nationwide list of top-value colleges and universities — public or private — were Carnegie Mellon University, Duquesne University and Penn State University. The lists cite four-year schools that combine education and economic value. “The University of Pittsburgh is a generator of knowledge that allows students to develop a broad capacity of for lifelong learning,” Pitt Chancellor Patrick Gallagher said in a statement.

CAL U OFFERING PROGRAMS IN APPLIED BEHAVIOR ANALYSIS
Starting this summer, students can begin classes in two new Applied Behavior Analysis programs at California University of Pennsylvania. ABA helps children and adults with special needs to manage their behavior, and licensed professionals must be certified by the Behavior Analyst Certification Board, which sets standards and administers a certification exam. State laws allow insurers to reimburse autism treatment from state-licensed professionals. With Cal U’s two new programs — M.Ed. in Special Education: Applied Behavioral Analysis and Board Certification Behavior Analyst Preparation Certificate — graduates will qualify to apply to the Behavior Specialist license in Pennsylvania and will be prepared for the BACB exam.

PENN STATE STUDIES E-CIGARETTES
A recent federal survey determined that teenagers prefer e-cigarettes over traditional cigarettes. But according to research by Penn State College of Medicine professor Jonathan Foulds, the jury is still out on the longterm effects of e-cigarettes. Foulds, who studied more than 3,500 former smokers who switched to e-cigarettes, said in a news release: “It takes 20 to 30 years for smoking to cause a disease like lung cancer, so it is too soon to say with certainty. What we have to do is make a best guess based on what we currently know about electronic cigarettes.” Although we know the electronic version is less addictive, there is no reason for non-smokers to pick up the habit, Foulds says.

This article appears in the January 2015 issue of Great Minds.
Categories: Great Minds