This summer, Anthony Jeselnik returns to his hometown as comedy’s hottest young talent. 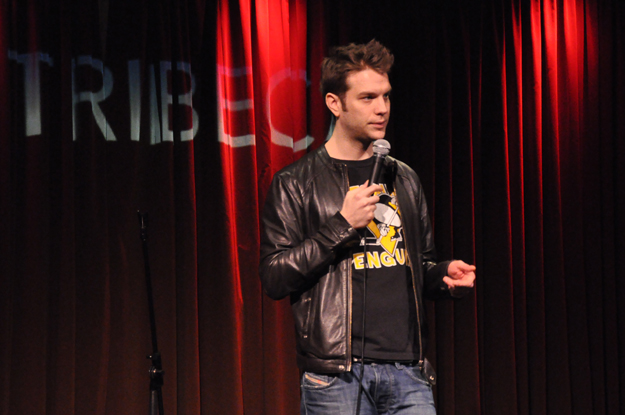 However, the new guy stole the show. In his first turn in the spotlight, Anthony Jeselnik, a young comic and Pittsburgh native, drew raucous laughter from the crowd and left the rest of the dais in stitches. Jeselnik was so raw that emcee Seth MacFarlane introduced him with the quip, “Tonight, Anthony Jeselnik is going to leave his stamp on the roast, and tomorrow, he’s going to use that stamp to buy food.”

Jeselnik grabbed the mic and immediately returned MacFarlane’s serve: “Wow, Seth MacFarlane, everybody! You know, at first I thought Seth was just famous for ‘Family Guy,’ but then I did some research … and he’s actually not famous at all.”

You can catch Jeselnik at the Pittsburgh Improv from June 30 to July 3 as he makes his first headlining appearance in his hometown. 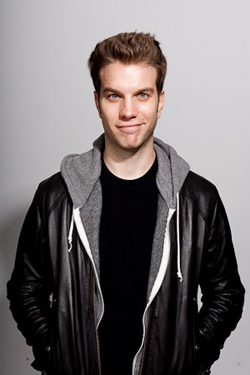 PM: What part of Pittsburgh are you from?

AJ: Upper St. Clair was my home for most of my time in Pittsburgh. Class of ’97.

Were you involved in the local comedy scene?

It didn’t occur to me to be a comedian when I was here. I didn’t know about the local scene.

So, what kind of influence did Pittsburgh have on your comedy, if at all?

There are a lot of Pittsburghers who now live in LA and are in the business, so being from Pittsburgh certainly helps. And I feel like I applied that blue-collar Pittsburgh work ethic to stand-up—you know, just put your head down and work, work, work.

Throughout the course of two years, you had three big achievements with Comedy Central: being named a breakout comedian, recording a 30-minute special and making your first album. What had the biggest impact on your career?

At the roast, you were a new comic in the lineup. Did that add any pressure?

I felt so much pressure that I couldn’t imagine anything being added to it. I wasn’t really worried about it being my first time—just about it being my time. I really prepared mentally to stand up and look calm while all this was going on.

How do you approach the idea of roasting someone, especially someone as prominent as Donald Trump?

It was pretty easy, and I’ve written for roasts before. But Donald Trump is synonymous with success—no matter how you feel about him as a person. So, he was the best possible roast target: someone who no one would feel bad for no matter what you said about him.

Pittsburgh can be a conservative place, and a lot of your comedy pushes boundaries. Do you ever worry about your family hearing it?

I was worried about what my parents would think when I first started doing comedy, but now, I feel that what I do is such an obvious character. If anyone actually thinks that I think these things, then it’s not even worth the time to try and explain it. And people I knew growing up know that it’s a joke more than people anywhere else. I worry less about Pittsburgh than most places.

This article appears in the July 2011 issue of Pittsburgh Magazine.
Categories: Arts & Entertainment, From the Magazine