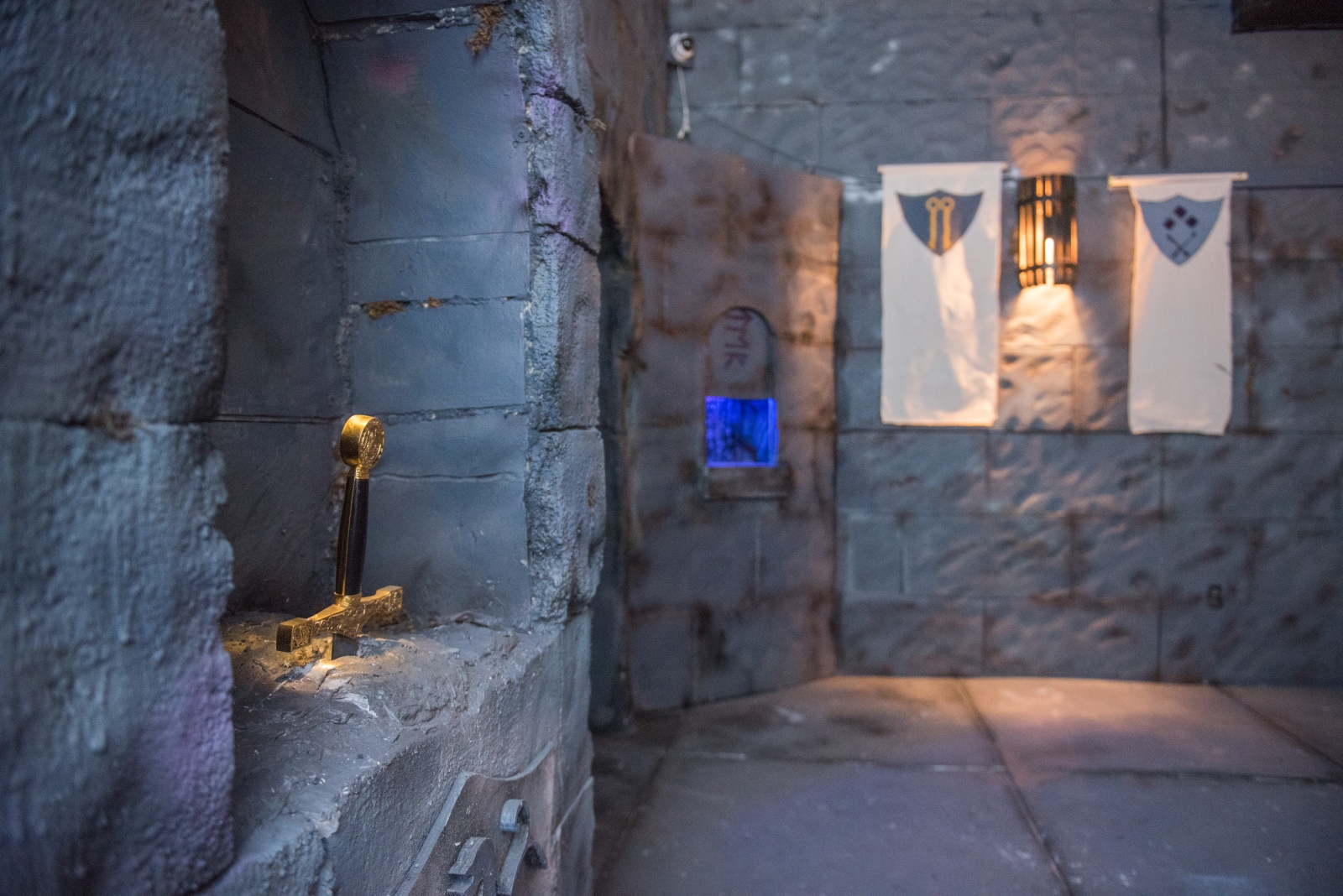 Suburban centers of entertainment are forever trying to get patrons to stick around all day.

On the simple end of this spectrum are sports bars that urges guests to watch a full day of football or March-Madness games (an interesting idea, but a very quick pathway to dropping $200 on wings and beer); the extreme end involves establishments, such as the bygone Latitude 360, which create a monolith of entertainment offerings under one unsustainable umbrella.

The sweet spot is hard to hit, here — it’s very difficult to offer a variety of theoretical fun under one roof without costs spiraling out of control and quality dropping. Yet, a multifaceted structure in Baldwin pretty well nails it.

And a pair of escape rooms are the difference-maker.

Tucked on a hill off of Curry Road, you’ll find the Crafthouse Stage & Grill, the Legacy Lanes bowling alley and the South Hills outpost of growing escape-room business IQ Escape. Separately, they’d all be fine; the former would be an above-average sports bar, the bowling alley would be a perfectly acceptable group of lanes and the escape rooms would be among the best of the local offerings (if a bit quicker than some of the more challenging games).

Together, though, you’ve got something, here.

Arrive on a Saturday or Sunday in the late afternoon. Rent some shoes and play a couple of games; you’re not that good at bowling (no one really is), so you’ll have a good time but not be compelled to keep at it for more than an hour or so. Have a round or two from the in-alley bar as you play.

Next, head to IQ Escape’s territory at the far end of the building. Two rooms are open right now: “The Pittsburgh Job,” a tongue-in-cheek mystery surrounding Andy Warhol; and “Excalibur: The Untold Story of King Arthur,” a beautifully presented medieval puzzler.

I’ve written about IQ Escape — which also boasts a satellite location in State College, Pa. — before, detailing a PM staff trip to their flagship last summer in After Dark and lauding their ambitious time-travel game in this year’s Best of the ’Burgh. The uniting theme among the outfit’s games is an inventiveness and narrative backstory that goes beyond the norm; while many similar businesses are more focused on the puzzles than the setting, IQ Escape wants to show off their inventive side.

That’s clearly present in “Excalibur,” the game I sampled. A massive round table sits at the center of the room, with crests and swords for each of the legendary knights hung on the walls. I won’t offer any spoilers, but the effects and secrets found within were immensely satisfying (although a few of the puzzles remained somewhat clunky; the game is relatively new, though, so that’s probably something that will be worked out through further playtesting).

After your victorious (or ignominious) emergence from the escape room, head to the grill for drinks and appetizers. A robust draft beer list accompanies a better-than-expected array of pub grub and burgers; someone in your party should get the nachos. There’s a busy schedule of live music and events here, in addition to the giant screen for your sports-related needs.

Those in your party with an appreciation for a cigar can linger a bit longer for a smoke and some bourbon in Crafthouse’s cigar room, as well. I can easily envision an outing with a large group here running from mid-day until closing time without any sense of fatigue; the urge to linger will not be forced, but rather quite natural in the face of a number of simple things done well.

And if you end up wielding a sword and wearing a crown at some point, so much the better.