The performance from Real/Time Interventions shares tales from Afghan refugees through food and performance. 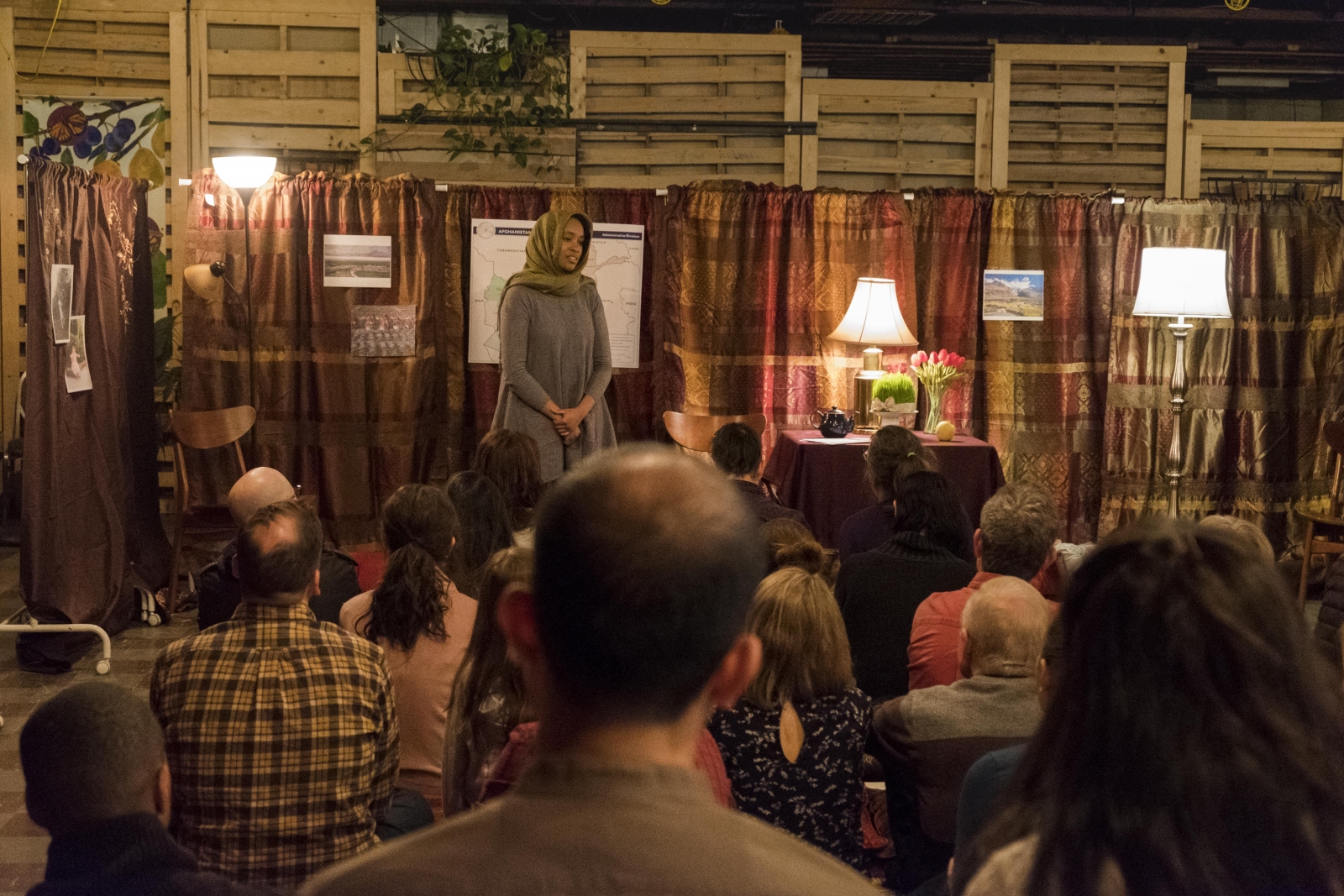 Even though Pittsburgh is considered a “foodie” town, Afghan cuisine is hard to find within the city. This spring, a group of Afghan refugees are telling their stories through food-based productions, giving many Pittsburghers their first taste of the culture.

Khūrākī (which means “eat” or “meal” in the Dari language) is a performance piece curated by Molly Rice, artistic director at Real/Time Interventions. Rice started working with a refugee resettlement program through a residency with the Office of Public Art and found that women were a group often forgotten in the resettlement process.

“[Their] husbands already spoke English — everyone is interacting except the women,” Rice says. “Their disadvantages are still intact. They can't speak the language, can't drive.”

For the first year of her residency, the Office of Public Art didn’t let her pitch any ideas. Rice was immersed in the lives of recent arrivals to Pittsburgh, shadowing case workers as they facilitated housing for refugees, picked them up from the airport and got them adjusted to transportation in the city.

At first, the women participated in a sewing group — organized by Karen Hart, a volunteer from Aspinwall — as a creative outlet to learn a new skill in their own environment. When it came time to develop something on a larger scale for her residency, she thought they would want to pursue some clothing-related business — but the women said they wanted to start a restaurant, sharing their heritage through food.

“They said, ‘We are amazing cooks, we've been cooking all of our lives,’” Rice says.

Rice started by putting on workshops about the food industry and demonstrating what it's like to work in a commercial kitchen. Her background in theater created a bridge between portions and performance.

She interviewed each of the women, asking questions about their life in Afghanistan and their new life in Pittsburgh. Those interviews, interwoven with detail from Rice, formed the basis of the “Khūrākī” script; it calls for five actresses.

“They cast the play, they chose the person that will be representing them,” Rice says. “They each chose a different person for a different reason.”

The actresses inhabit the lives of these women with a personal depth, chronicling their struggles and strength. At moments, sample sized-portions of Afghan food are served to guests, featuring vegetarian and meat-based options.

Rice and the women hope the immersive performance will change people's stigma of their culture.

"Khūrākī" runs April 6 at the Union Project in East Liberty, April 22 at the Islamic Center of Pittsburgh in Oakland and May 6 at Alphabet City on the Northside. Tickets are sold out.