The bus line, using electric buses to supplement regular buses, will connect Downtown to Oakland, the East End and beyond. 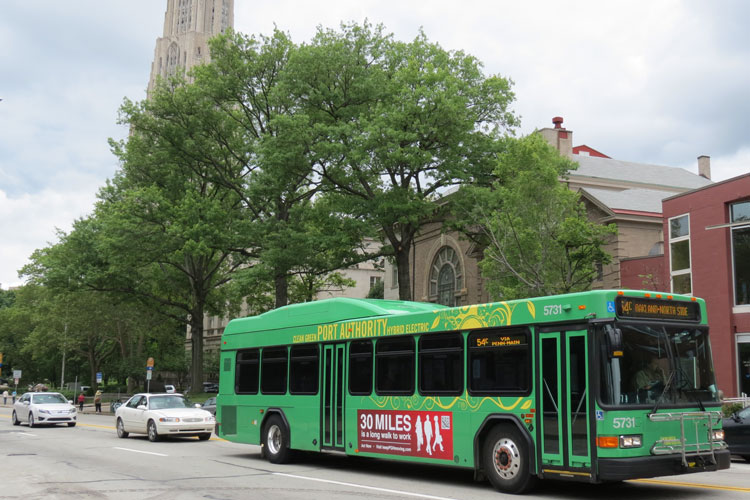 The final piece of government funding, a nearly $100 million grant from the Federal Transit Administration, has been secured to build the Bus Rapid Transit project that will connect Downtown with Oakland and other communities in the East End.

.@USDOT is committing $99.95M to @PGHtransit in Pennsylvania to connect Pittsburghers to their two largest commercial employment centers through safe, quick transit service. Great things coming to a great State!

Operating seven days a week, a fleet of electric and regular buses will travel outbound on Forbes Avenue and inbound on Fifth Avenue. The bus routes also will include bike lanes. The system features 44 stops, including one on Wood Street, Downtown, to provide access to the Port Authority’s light rail system.

“This project will be transformative for our city, connecting Downtown Pittsburgh with fast-growing areas like Oakland and the East End,” U.S. Rep. Mike Doyle, D-Forest Hills, said in a statement. “This project will connect some of the fastest-growing parts of our city and provide a fast, efficient way for workers to commute.”

The $225 million project also will have connections that extend to Wilkinsburg via the Martin Luther King Jr. East Busway. There also are planned stops to Highland Park and Squirrel Hill using city streets where buses will have priority lanes at intersections to move through traffic lights more quickly.

There is still a $27 million gap in funding, but the Port Authority tells the Pittsburgh Post-Gazette that it doesn’t expect that it will hold up the project.