The park returns for another full season of thrills, fun and food. 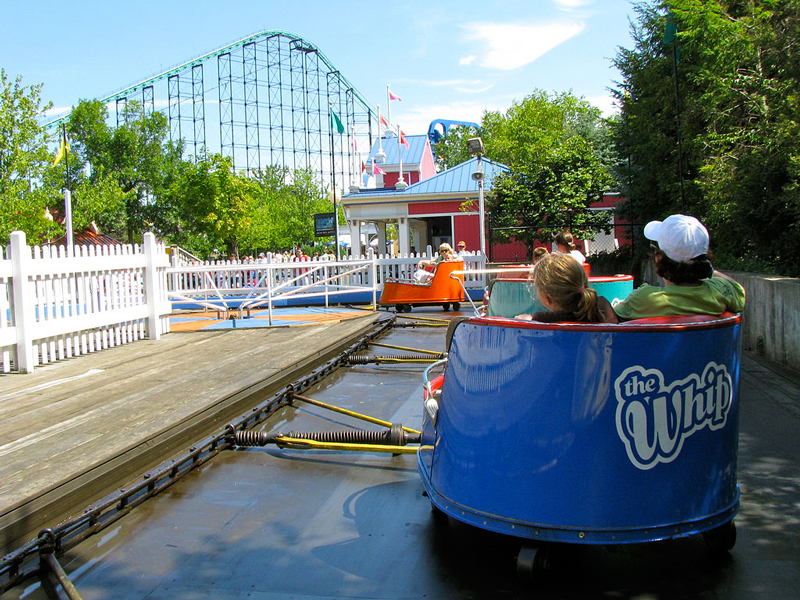 YOU HAVE NO EXCUSE NOT TO GO TO KENNYWOOD
Sorry, parents. Until this week, you had an out — the eternal “Yeah, but not all of Kennywood is open, so you don’t wanna go yet.” And in the early part of the warmer months, that’s true. It could be an open-but-not-Kiddieland day. It could be an open-but-the-park-closes-at-dinnertime day. At the end of the year, it could be the dreaded, Raging Rapids-less “Limited Operation” day. But the last Kennywood-Lite day was Tuesday; from here through late August, it’s seven days a week, open ’til 10 p.m. or later. We’re not talking about your pants. Kennywood’s open.

This year, think about stretching your summertime amusement dollar with the all-season Ride and Slide pass — unlimited admission to Kennywood and Sandcastle, plus a bunch of other perks, for $114.99 each. Other season passes start at $59.99 for the weekday pass — and with the kids home for the summer, that can be a useful weapon. Kids wound up? Need desperately to get out of the house and go somewhere with cheese fries? “That’s it, we’re going to Kennywood!”

CLASSIC SUMMER MOVIES ARE THE BEST REASON TO IGNORE THE SUNSHINE
Quality with summer-movie fare is never a guarantee; it’s tough to call what will be worth the ever-escalating price of admission. But do you know what we can guarantee is good? Movies we’ve already seen. It goes without saying, but classic flicks are better on the big screen — in a crowded room with the AC on and popcorn everywhere. This week in After Dark, we’ll pick 20 classics you can catch on the big screen this summer, from masterpieces of cinema to delicious bits of cult schlock. Netflix is for the cold months. Head to the movies — after you head to After Dark!

MEMORIAL DAY WEEKEND’S BLACK-AND-GOLD BENEFIT
You won’t be able to join droves of jersey-clad Steeler fans on the march to Heinz Field until August . . . unless you register for the 12th annual Tunch & Wolf’s Walk for the Homeless, set for this Saturday. Former Steeler Tunch Ilkin established the annual benefit for Light of Life Rescue Mission in 2002. It features an easygoing walk along the North Shore trails as well as food in Heinz Field’s Great Hall. It’s not too late to register as an individual or a group; for more info and fundraising tips, head to the event website.

IN THEATERS: There’s a raft of award winners and nominees in the loaded cast for “X-Men: Days of Future Past,” which opens this weekend nationwide. The superhero flick features Hugh Jackman, Jennifer Lawrence, Michael Fassbender, Peter Dinklage, Halle Berry and many others. Elsewhere, it’s a “Wedding Singer” reunion as Drew Barrymore and Adam Sandler star in “Blended.” The Jon Favreau comedy “Chef” and period drama “Belle” hit Pittsburgh screens as well.

Kaya closes down Smallman Street for its annual Kayafest event this Sunday from 3-11 p.m., featuring live music throughout the afternoon and evening — and, obviously, a lot of food.

Check out a seemingly endless collection of colorful explosions this Saturday, as Pyrofest returns to Hartwood Acres.