Kennywood Comicon is a Great Idea, and We Have the Proof

The inaugural event could become a perfect Father's Day tradition. 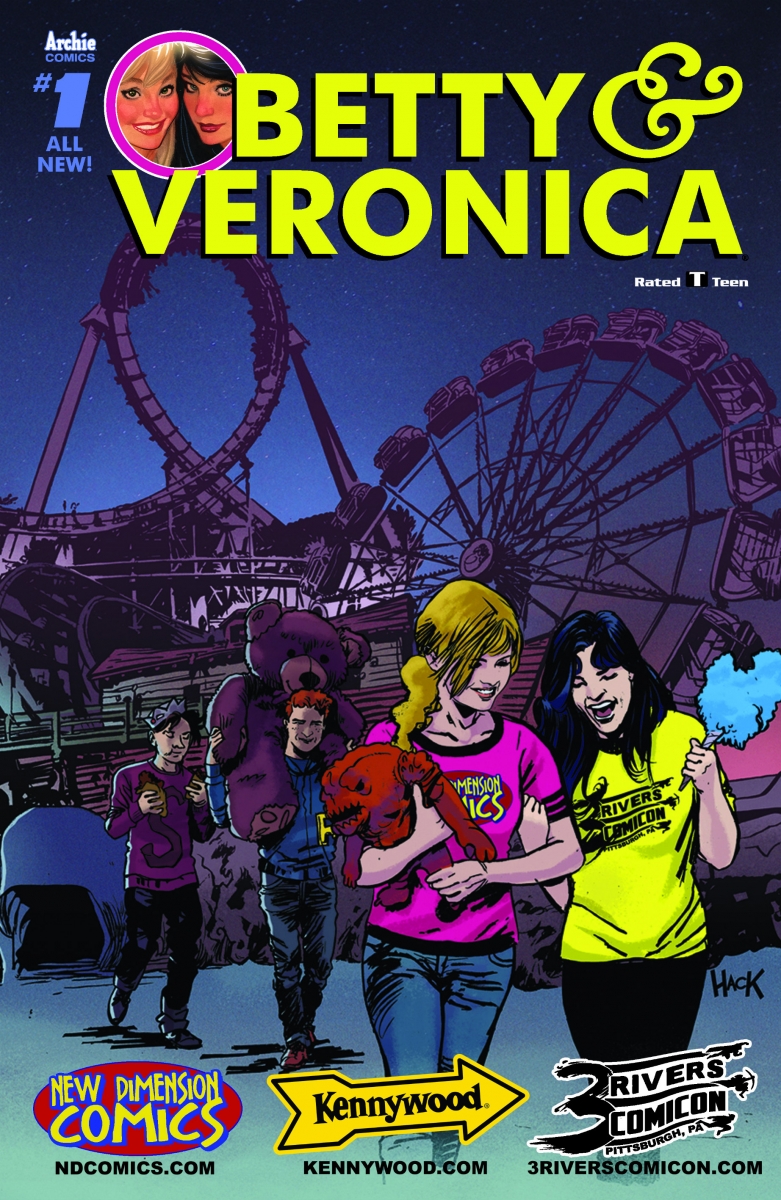 Here are four mostly unrelated facts, followed by a uniting conclusion. (It’s like a term paper! But worth reading!)

I have recently become a somewhat avid collector of Funko Pop figures. (Yes, you’re right, I do have too much time on my hands.) You’d recognize them if you saw them, even if the name doesn’t ring a bell; stout, cute, big-headed representations of just about every pop-culture property under the sun. Whenever I’m near one of the chains that sells them, I stop in to see if they have anything I’m looking for. Inevitably, a well-meaning cashier will offer to order some for me. Which, in my view, completely defeats the purpose. I’m in it for the hunt; I want to peer over shelves and check hidden rows of boxes in hopes of finding a long-sought gem. (Cedric Diggory is my white whale.) Where’s the fun in just ordering one? Discovery is inevitably better.

Not only dads, of course; we are in a generation of comic lovers. But all too many Father’s-Day gift guides cling to a mid-century view of fatherhood; neckties and shaving kits, tackle boxes and golf balls. It’s as though the retail vision of Dad is 50% Don Draper, 50% henpecked husband in the Sunday funny pages. An update from the 21st century: While I am not a father myself, I know plenty, and nearly all are quite fond of comics. I can’t think of any papas in my circle who don’t sport comic-logo tees on regular occasions, and I know plenty who can wax poetic about the various incarnations of Spider-Man, as well as whatever nonsense is happening with Captain America at the moment. The point: Your father is not sitting in the garage, listening to a transistor radio and building a birdhouse. He’s somewhere reading “Old Man Logan.” (Come to think of it, your mother is probably doing the same thing.)

I mean … Does this one actually require much explanation? Environments with roller coasters are inherently better than non-coaster environments. Furthermore, few day-to-day activities would suffer should a roller coaster suddenly appear nearby. If there were a roller coaster outside your office, you’d be riding it every two hours. It’d become the 21st-century smoke break. Aside from certain medical procedures and memorials, I can’t think of too many exceptions to this rule.

4) On Sundays, Kennywood is not as busy as you’d think.

I was at the bucolic fun park just a few weeks ago on a sunny Sunday — not too hot, not too cool, a spot of rain in the forecast but not enough to deter anyone. And yet most rides had relatively short lines; in some cases, I was able to stroll right on. By mid-day, there were indeed some longer waits, but not the mammoth, hours-long delays you might face on Saturday, the day on which no one should ever go to Kennywood and yet everyone seems to go to Kennywood. I confirmed this observation with a former Kennywood employee; Sundays are typically not all that crazy.

So what’s the point of these observations?

You should go to the first-ever Kennywood Comicon this Sunday, Father’s Day.

Presented with New Dimension Comics, the event will bring artist guests, vendors and more to the park for the first time. The nature of holding a comic-book convention at an open amusement park means some changes to the normal convention procedure — this one isn’t catering to celebrity autograph signings, and for security reasons, masks and elaborate costumes aren’t allowed — but according to New Dimension Comics owner Todd McDevitt, that only helps to put the emphasis back on the comics themselves.

“I started 3 Rivers Comicon because [the] customers flowing into my 6 stores were clamoring for a truly comic-book-focused comicon,” McDevitt says. “Other shows offer other things, and they do them well, but not comics. Our partnership with Kennywood is just one more way to fulfill that mission.”

Anyone — Dad, Mom, kid, single ’toon aficionado or otherwise — appearing at the park this Sunday in a comic-book t-shirt will get in for $25, a discount of almost 50 percent from the regular ticket price. And all attendees will score a special edition of the recent “Betty & Veronica” reboot, featuring the titular femmes fatale along with their bros Archie and Jughead wandering about Kennywood on the cover. (Artist Robert Hack will be on hand signing his work.)

Assuming you have any sort of appreciation for the panelled page — and, as previously stated, either you or someone close to you probably does — this is a beautiful combination of good things. Ride some rides. Buy some comics.

And, of course, eat some Potato Patch fries.