Duquesne University is betting on a new men's basketball coach with a proven track record and a superstar supporter. 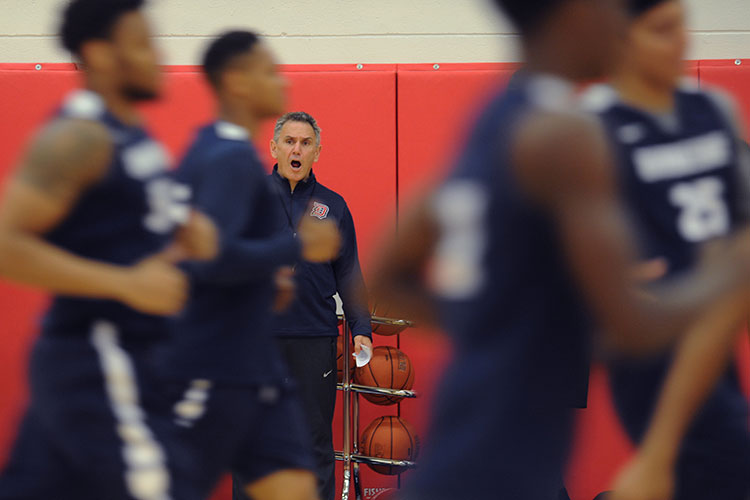 Fresh off a red-eye from Los Angeles, Keith Dambrot moves with great urgency. The new head coach of the Duquesne University men’s basketball team has meetings to attend, practices to conduct and recruits to pursue.

“An absolute whirlwind,” says Dambrot, as he settles into his office hours after meeting with a film crew to discuss LeBron James — who Dambrot coached at Akron St. Vincent-St. Mary High School. 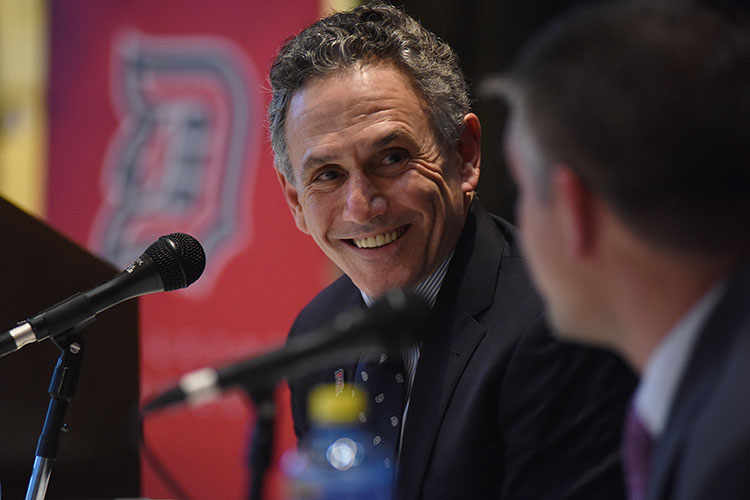 ​Dambrot, whose mother grew up in Squirrel Hill, squeezes in family time when his schedule allows (he regularly races down Forbes Avenue to watch his son, Rob, play soccer at Pitt; Rob transferred from Akron before his father took the gig), yet there is little room for much else. He has a program to resuscitate.

“I wouldn’t be here if I didn’t think we could win,” says Dambrot, who turned down the Duquesne job five years earlier to continue coaching at his alma mater, the University of Akron.

As he speaks, the charismatic coach sweeps off a line of sweat trickling from his hair, the result of a frenetically paced practice during which he ran the court like a college freshman. “You have to get out of your comfort zone and communicate,” the hard-charging Dambrot said repeatedly during the workout. “That’s how they do it at NBA practices.”
​ 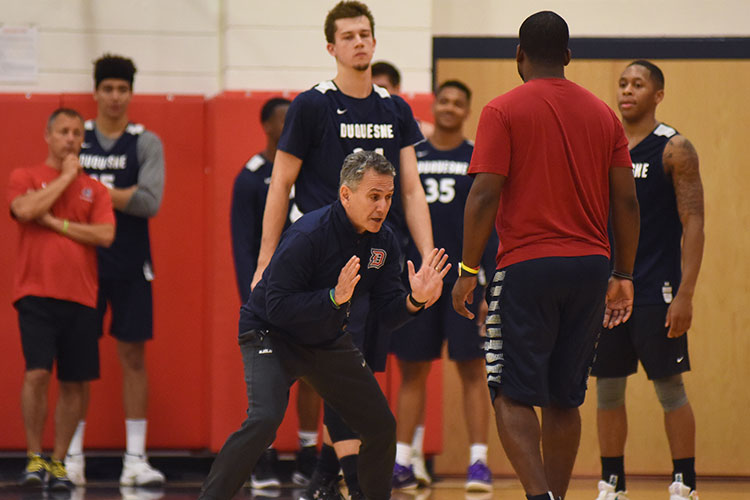 Dambrot’s players, desperate to become winners, listen intently as their coach pushes for perfection. They believe in his approach and, most importantly, in his credentials.

“He coached LeBron James — LeBron James — and LeBron did what he asked him to do,” says sophomore Mike Lewis II, the leading scorer for a Dukes team that went 10-22 last season. “So you know we’re going to do everything he asks us to do. How couldn’t we? He’s won everywhere he’s been.”

At Akron, James was an invaluable commodity during Dambrot’s 13 seasons. The superstar’s occasional visits to practices and his public endorsements of Dambrot — “He’s one of the Masters at getting the most out of a kid,” James once tweeted — put the spotlight squarely on the Mid-American Conference school.

“LeBron and I remain close,” says Dambrot, whose Akron teams averaged 23½ victories. “That hasn’t changed now that I’m at a new address.”

Each time James tweets about Dambrot these days (which is fairly regularly), it can be viewed by 38.8 million followers. James also outfits Duquesne with his Nike-LeBron gear. (The only other program with such a deal is Ohio State’s). 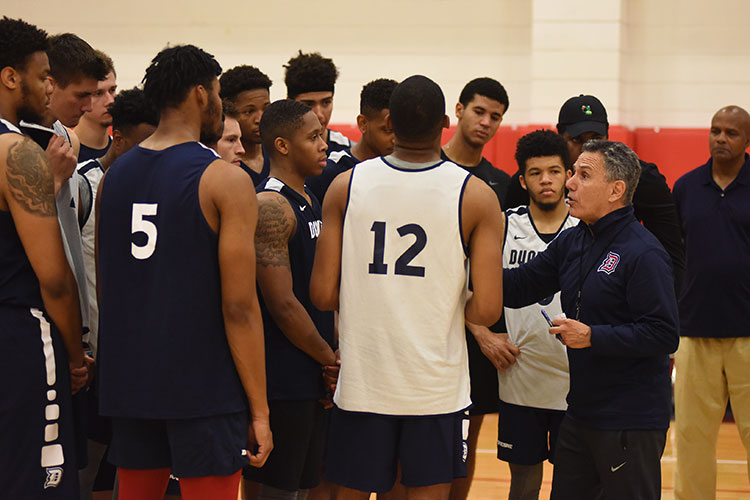 These perks can serve as recruiting gold for Dambrot, who used his affiliation with James to lure some of the top mid-major talent in the country to Akron. He hopes for similar results on the Bluff.

“If anyone can help us here, it’s LeBron,” Dambrot says. “He has that Midas touch. And I’ll be realistic: Without him, we probably wouldn’t have had the success we had at Akron. We want that to carry over here at Duquesne.”

During those excruciating 40 years, local schools Pitt (21), West Virginia (18) and Robert Morris (8) have been to the Big Dance a combined 47 times. Every member of the Atlantic 10 Conference, the league in which Duquesne plays, has been there at least once. 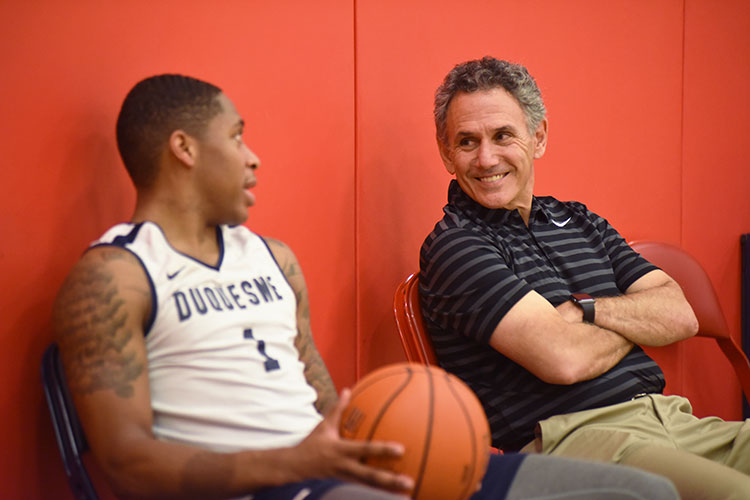 Duquesne coveted him enough that they signed Dambrot to a record seven-year, $7 million contract in March.

“Keith has a plan to accelerate this appropriately,” says director of athletics Dave Harper, who’s leading a $40 million-plus fundraising campaign to renovate the 29-year-old Palumbo Center. “He’s the right man for our program.”

The Dambrot Plan begins with defense and ball control. It is a style similar to what the Dukes used in the 1950s, when teams that featured Dambrot’s father, Sid (now 87), finished in the top 10 three times.

“The kids have to understand how to win, and that’s done psychologically,” says Dambrot. “People don’t think these kids can win, so they start to believe it. But it’s not true. These kids are winners. And we’re here to show them that they are.”

This article appears in the November 2017 issue of Pittsburgh Magazine.
Categories: From the Magazine, Sports