Keeping up with the Mellons

PittGirl uncovers the extravagant details of another real Pittsburgh wedding, along millionaires’ row, 88 years ago. 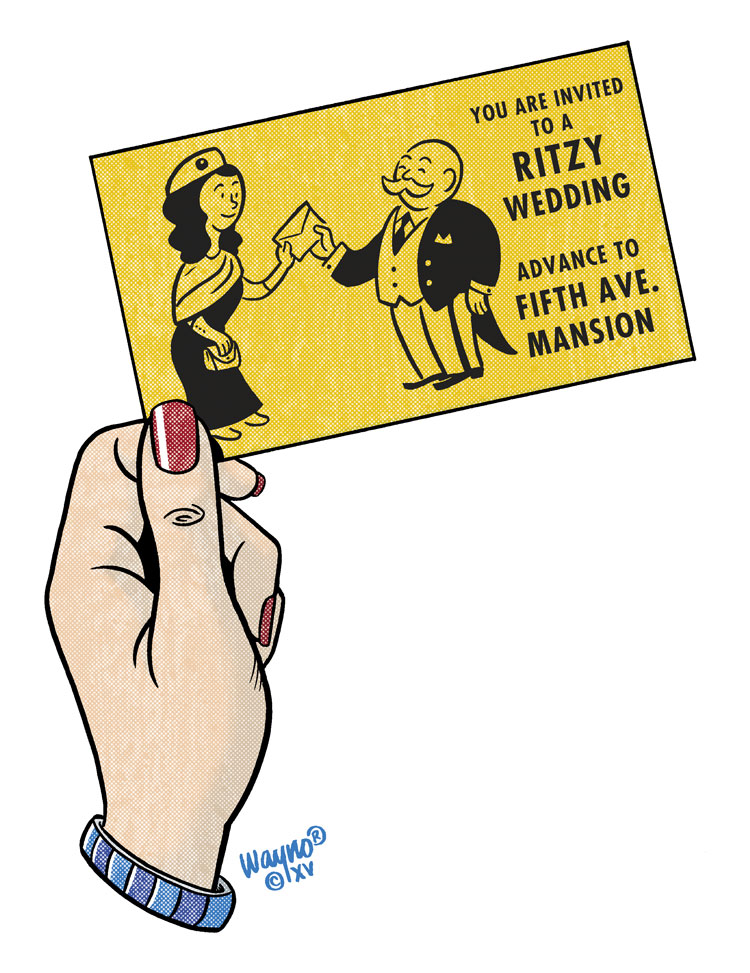 I am a romantic. I love . . . love. I spent my teens with my nose in young-adult romance books and my twenties hiding behind the pages of Jane Austen. If I could, I would spend the entire month of December on my couch, wrapped in a blanket burrito, watching cheesy, made-for-TV holiday movies.

I am also a history fanatic. I hungrily absorb it, particularly local turn-of-the-century history — stories of the Gilded Age, when it was said Pittsburgh had more millionaires than any other city. I can get lost in the stories of the Magees, Fricks, Carnegies and Mellons for hours. When time travel is invented, my first stop will be Pittsburgh’s famed Millionaires’ Row. I will force my way into the 65-room R.B. Mellon mansion before it’s razed, and I will run my hands across every priceless item before they drag me away screaming, “Cease your assault, sirs! I am vexed! Unhand me lest I swoon posthaste!”

So when I find a moment in time when Pittsburgh history intersected with romance on Millionaires’ Row? I wrap myself in my blanket burrito, and I dive in. Hard.

Such was the case on Nov. 16, 1927, at the wedding of the daughter of Richard Beatty Mellon — who was the niece of Andrew Mellon and the future mother of Richard Mellon Scaife. On what was described as a stormy and “bleak” November evening in Pittsburgh, Sarah Cordelia Mellon, 24, married Alan Magee Scaife, 27, at East Liberty Presbyterian Church.

The wedding was so extravagant that wire reports comparing it to “Arabian Nights” and the weddings of kings and queens of old appeared in newspapers across the country.

Prior to the wedding, the couple amassed gifts worth more than $6 million in today’s money, filling three rooms of the mansion. It wasn’t revealed what gifts the bride’s parents and Andrew Mellon gave the couple; let’s just assume it was the Ark of the Covenant and a tea set carved from dinosaur bones.

That said, no amount of money can buy a wedding without a snag, and such was the case with the Mellon-Scaife nuptials. Despite a police-motorcade escort, the bride and her father were delayed in their arrival to the church due to tunnel traffic.

They were delayed by traffic resulting from invited guests arriving too close to the ceremony time. Adding to the chaos, someone made the mistake of directing the groom to a set of locked doors at the church, requiring him to push his way in the rain through the throng of late-arrivers and onlookers. He made his way through the main door just moments before the ceremony was to begin.

The reception is where it really gets interesting . . . and extravagant.

How do you entertain 1,000 wedding guests when all you have is a measly 65-room mansion? If your last name is Mellon, you spend $100,000 to build a three-room terraced pavilion, of course! Converted to today’s dollars, that’s $1.316 million. Even David Tutera is like, “You have GOT to be kidding me.” Raise your hand if you live in a house — a real house with walls, doors and a foundation — that costs anything close to $1.316 million. I’m seeing only one or two hands.

Each room in the pavilion had its own theme, such as French Renaissance or Spanish architecture. There were 7-foot chandeliers. Rich tapestries. Marble flooring. A tiered diamond-shaped cake. An orchestra concealed in a balcony. Velvet curtains. Gold spiral columns. A huge silver candelabra. An artificially lit statuary near an artificial lake. A ceiling mural. Silver leaves. LIVE BIRDS IN SUSPENDED GOLD CAGES.

Yes, way. I have tried so hard to get a mental picture of this pavilion, but it’s like trying to explain the concept of daylight savings to a 2-year-old. Does not compute.

As I mentioned, it was a stormy evening, but that didn’t stop moonlight from shining down on the reception because the Mellons sprang for an artificial moon and stars in the main room of the pavilion — an Italian mirror-lined, two-level ballroom. The Miami News reported that the light used for the artificial moon was a giant lens, and “electric bulbs were so arranged that clouds appeared to drift across the [artificial] sky from time to time.”
David Tutera just said, “Sweet mother of . . .” and passed out. It’s OK. I have a dollar bill he can use to wipe his brow. But I’ll need it back.
The point of my story? First, money can’t buy a perfect wedding, but it can buy the moon and stars.

Wait. Did I just invent the greatest thing ever?