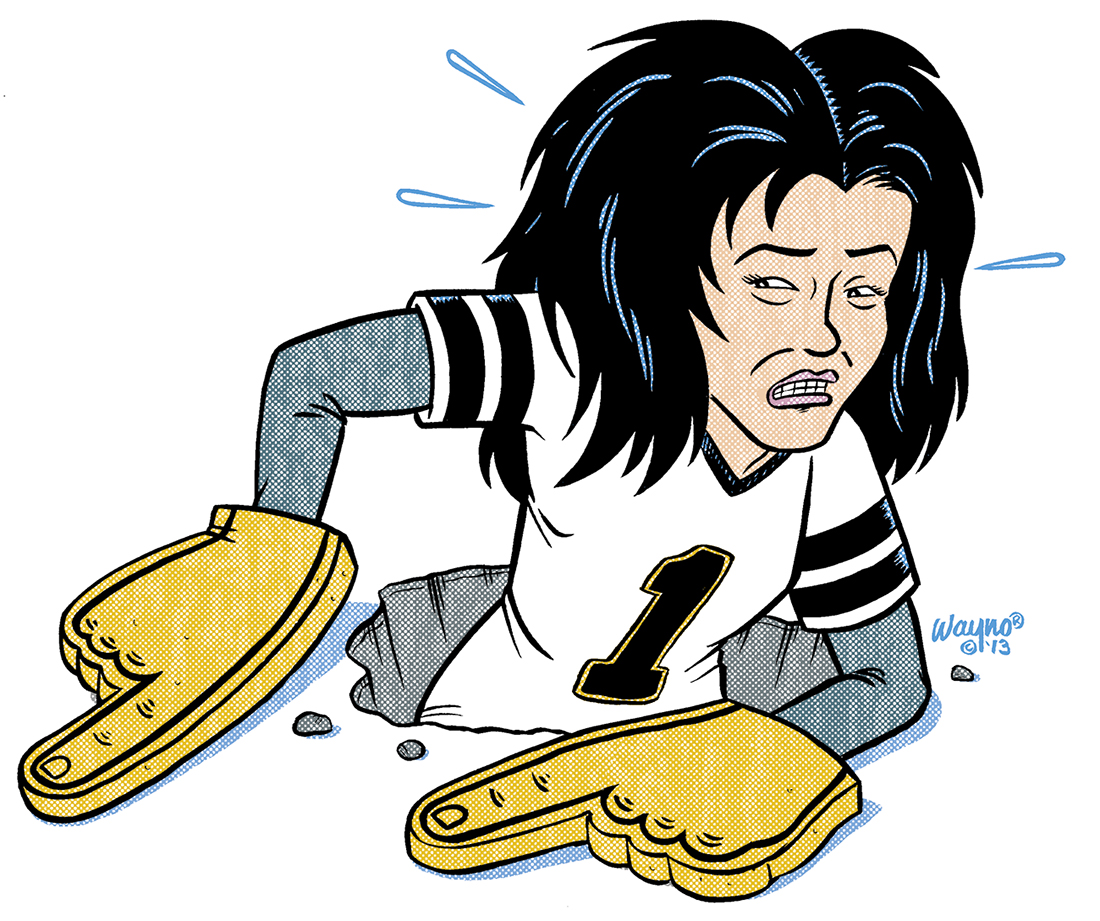 Once upon a time, it wasn’t cool to love Pittsburgh. I know: Some of you are puzzled — as if I just wrote, “Once upon a time, we used to listen to cassette tapes in the car — and if you wanted to fast-forward to the beginning of the next song, you had to try to time it right … but you never did.”

Pittsburgh wasn’t always the beloved gem it is today. It was more like a dusty reflection of what it once was. Saying you were from Pittsburgh kind of went like this: “I’m from Pittsburgh. How ’bout them Stillers?”

No matter how many jobs were lost or how many people fled, we had the Steelers to serve as a diversion.

Then things changed. The city that struggled to find a post-industrial (and post-Sid Bream) identity latched on to higher education, technology and health care. Suddenly, we were greener, cleaner and smarter, and our sports teams (except for you, Buccos) were the cherry on top. Everyone — from Google to the hipsters — started to notice our city.

We’re rabid over Pittsburgh now. Our Instagrams are filled with snapshots of the skyline from every vantage point. We’ve laid claim to Mister Rogers, black and gold, and cookie tables. We no longer concern ourselves with Xtina because we’ve got Wiz, Mac and iJustine.

We’ve become our own best cheerleaders, spirit fingers and all. But have we gone too far with that love? In some respects, yes, some of us have.

We must not allow ourselves to become blind to Pittsburgh’s flaws; that’s no healthier than a parent ignoring the shortcomings of a child. Spend a decade coddling little Suzie, never addressing her faults, letting her get away with everything, becoming angry when anyone dares to criticize her — and before you know it, you’re bailing 16-year-old “Suze” out of juvie for using her 4-inch stiletto to go Bad Girls Club on a classmate who insulted her ombre dye job.

Nitpicking solves nothing, but disregarding real problems is like ignoring March potholes — by April there will be damage, it will be costly and you will wish someone had addressed the ditches when they were smaller than kiddie pools.

When I wrote about the trouble surrounding the unauthorized police spending that resulted in Nate Harper losing his job, some readers said I should stop whining. This is small corruption compared to other cities. Pittsburgh is awesome! We have a lot going for us! Who cares? Go Stillers! *spirit fingers*

I love Pittsburgh, and I don’t ever want to go back to the days when we could say only, “How ’bout them Stillers?!” If we love something, we have to always want it to improve. We can’t pat it on the head and say, “I’ll beat the snot out of anyone who looks at you funny. You’re perfect just the way you are.”

There’s a website called LeavingPittsburgh.com, where ’Burghers rant about what’s driving them away. Most entries are ridiculous; for example, one user spent four paragraphs whining about … wait for it … whiny Pittsburghers. Another wrote, “The inclines are stupid,” which is like saying, “San Francisco, what’s with that dumb bridge?”

A few people have valid complaints, but ’Burghers aren’t receiving the criticism well. Here’s one retort, and please imagine it in all caps, “I guess this is the message board for all the [bleeping bleeps] and [bleeps] who don’t like the fact that you live among the finest football team in America to ever grace a gridiorn (sic) in history and that’s got six [bleeping] Super Bowl championship rings! [bleeping bleeps]!”

Calm down, Suze. You’re not doing Pittsburgh any favors.

Even without our sports teams, our city is world-class. It’s worthy of our love and of our desire to go mama bear on anyone who talks badly about it. But loving it means acknowledging its faults and then pitching in to help fix them so that in 10 years, we’ll be saying proudly, “I’m from Pittsburgh, the greatest city in the world … and home of the World Champion Pirates!”

A girl can dream. *spirit fingers*

This article appears in the June 2013 issue of Pittsburgh Magazine.
Categories: From the Magazine, Hot Reads, PittGirl