Keep Summer Rolling with Cinema in the Park

This weekend, watch a movie under the stars. 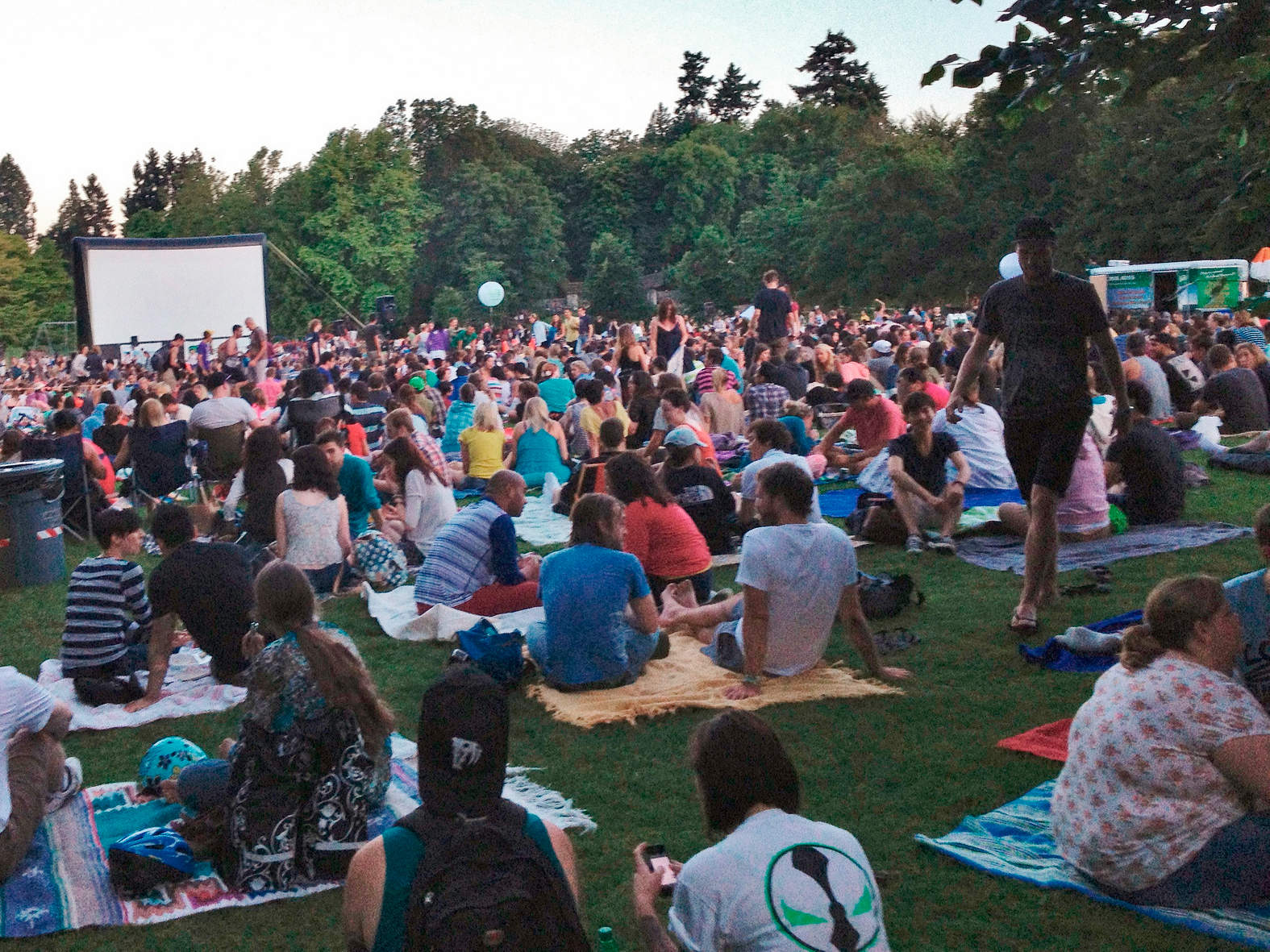 KEEP SUMMER ROLLING WITH CINEMA IN THE PARK
We just passed the 20-year anniversary of one of the strangest film events in Pittsburgh history. On July 10, 1994, Disney held its world premiere of its remake of “Angels in the Outfield” at Three Rivers Stadium . . . even though the film was not set or shot in the area. The high-profile premiere must’ve been an apology for shifting the remake’s focus away from the Pirates, the subjects of the 1951 original. In any case, Disney showed the movie on three giant screens at Three Rivers for a crowd of 35,000. Christopher Lloyd and Danny Glover were there. It was awesome.

As far as we can tell, no screenings are scheduled for either of the North Shore stadiums ever. But you can get the next best thing all over town via Citiparks’ annual Cinema in the Parks series, which continues through Aug. 31 at seven locations. This weekend, catch “Willy Wonka and the Chocolate Factory” — the original, not the troubling Johnny Depp version — at Brookline Memorial Park (tonight), Arsenal Park (tomorrow), Grandview Park (Saturday) and Schenley Park (Sunday). “The Great Gatsby” also plays at Riverview Park Saturday; check the full schedule for more upcoming flicks.

IT’S THE LAST TOUR FOR MOTLEY CRUE, FOR REAL, NO FOOLIN’
In the world of rock and roll, reunion tours and endless live celebrations are de rigeur. Got a hit album turning 20, 25 or 30 years old? Get the old crew back together and you’ll sell out mid-level venues nationwide. Just looking for a paycheck? Bundle a couple of artists from the same decade together and you can probably fill an amphitheater. The drawback to these neverending runs is that there’s never any urgency to catching an old favorite. But ’80s macho rockers Motley Crue have found a way around that — and they’ve bought in the lawyers to make it official. Find out why it’s now or never to catch Crue in this week’s edition of After Dark!

A GARAGE ROCK SHOWCASE IS HIDING DEEP IN THE NORTH SIDE
From its home base well down the North Shore trail, the ultra-underground record label Get Hip Recordings distributes rock records worldwide. Tonight, it’ll host the second installment of the Get Hip Get Art Sound Series, a free showcase of youthful garage bands worth noticing. Detroit’s Blaire Alise and the Bombshells mix ’50s pop and ’00s garage revival, with a pleasing punk sensibility; they’ll be joined by locals The Nox Boys, who bring a deep-rooted rockabilly sound to their tunes despite (mostly) still being enrolled in high school. Chase the Monkey rounds out the bill, which kicks off at 7 tonight.

IN THEATERS: Cowabunga n’at: It’s the early ’90s all over again as a live-action “Teenage Mutant Ninja Turtles” hits the big screen. It’ll compete with disaster-exploitation flick “Into the Storm,” Helen Mirren in “The Hundred-Foot Journey” and the dance sequel “Step Up: All In.” PM Film Editor Sean Collier will appear on the 102.5 WDVE Morning Show tomorrow at 7:15 a.m. to review “Teenage Mutant Ninja Turtles” and “Into the Storm.” He’ll try not to let his TMNT-obsessed upbringing cloud his judgment. Tune into 102.5-FM or DVE.com to hear Sean’s reviews!

Continuum Dance Theater performs “Empire” this weekend at the off the WALL performing arts center in Carnegie. Click here for tickets and info.

This article appears in the August 2014 issue of PMWeekend.
Categories: Things To Do