Kaulen's Geese on the Bridge Are Here to Stay 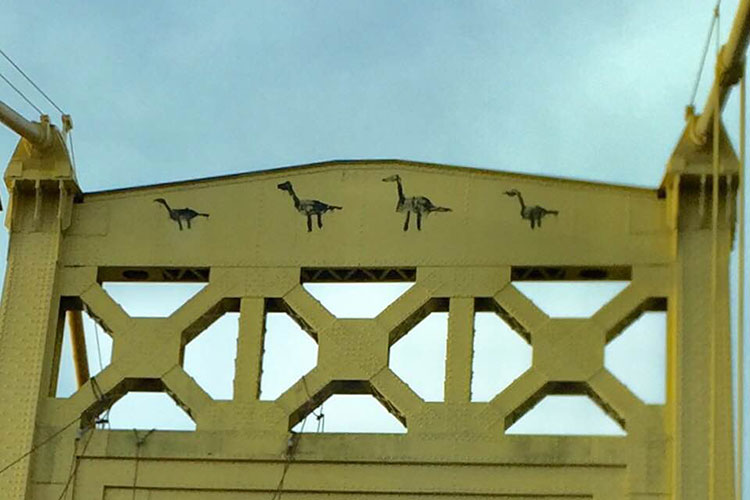 Pittsburghers, have no fear — the geese are back. The four black figures donning the golden crown of Pittsburgh’s 10th Street Bridge that links the South Side to Downtown have retaken their rightful place.

Local artist Tim Kaulen is the mastermind behind the birds, which, depending on who you ask, could also be dinosaurs — Kaulen doesn’t like to reveal the meaning behind the birds because he enjoys seeing everyone’s unique interpretation — and painted them on the bridge in the mid 1990s. But earlier this year, the birds’ lives were in danger.

The city began renovating the bridge in 2017, replacing much of the bridge deck, and Kaulen feared his birds would go down, too. To ensure their survival, he campaigned for the birds, starting an online petition that garnered more than 1,000 signatures. 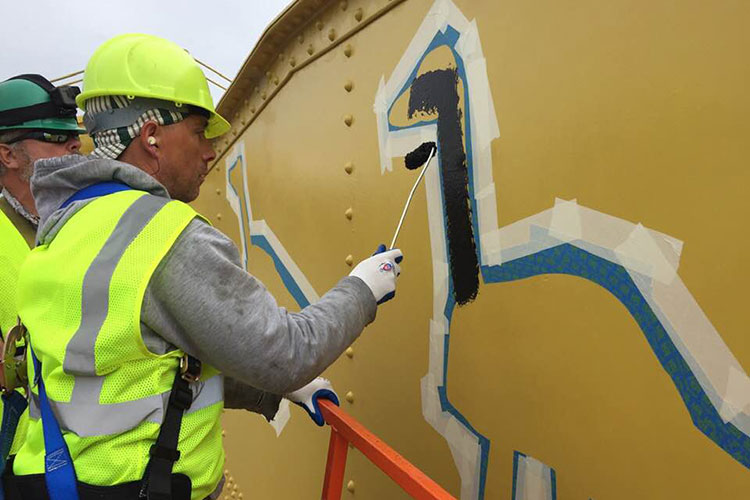 In June, we wrote about ways you could be a part of the solution, and the people delivered. After the City cleared Kaulen to repaint the geese and he raised the funds to complete the project, Kaulen spent about eight hours suspended at the top of the bridge to do the job on Sunday, Oct 14.

“The painting is … specific to Pittsburgh’s image of revitalization,” Kaulen writes on the petition. “By preserving the artwork, and its symbolic gesture of resilience and the spirit of the local arts community, the City of Pittsburgh will once again be recognized for its commitment to public art and expression.”