Juicy Tale: What Really Happened to Bob Hope at the Omni William Penn

Busting the myth of an A-List wedding proposal at one of Pittsburgh's historic hotels. 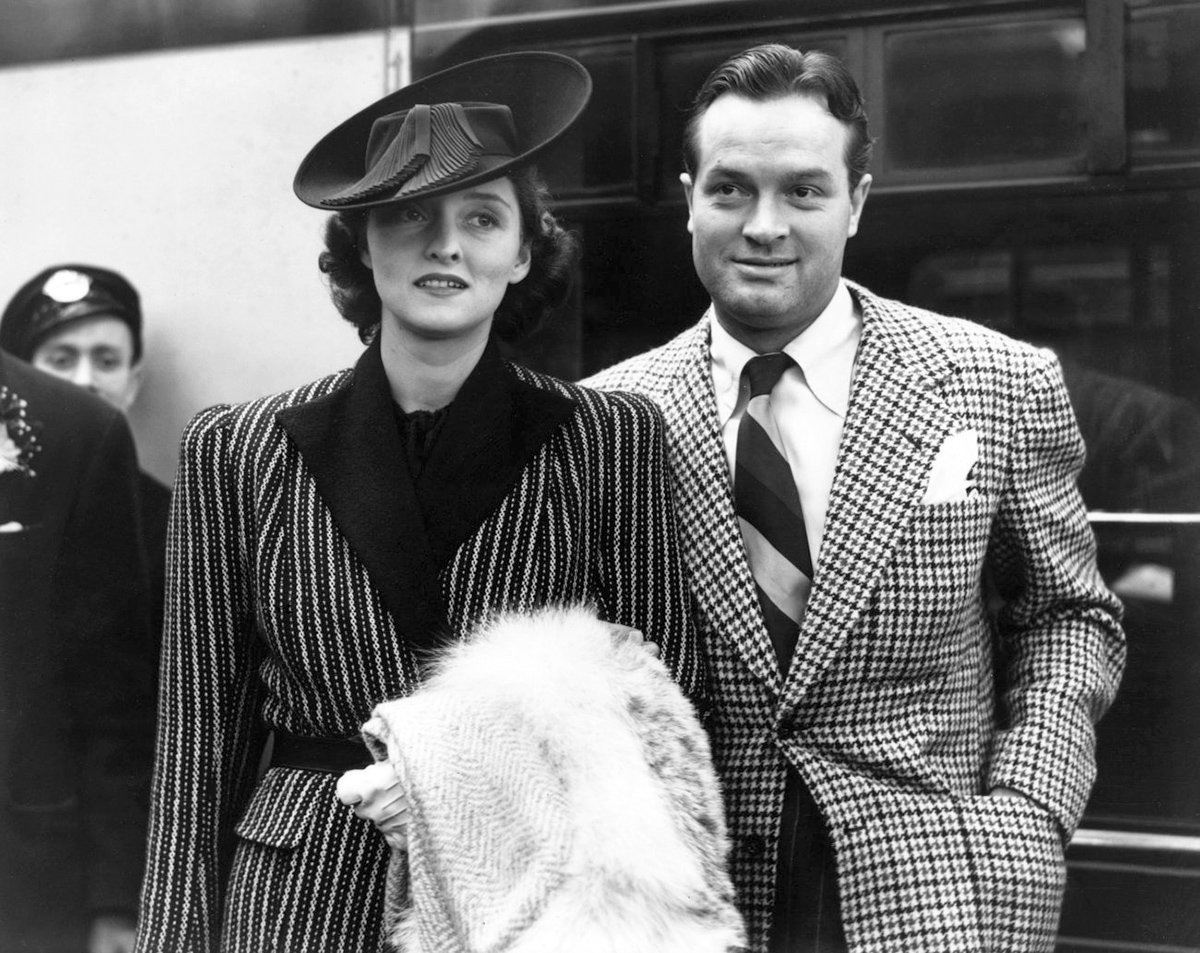 If you spend any time at the Omni William Penn Hotel, you may start to feel romantic — and your amorous leanings may be stirred further by the warm-and-cuddly tale that Bob Hope proposed to his wife Dolores in the Palm Court. There’s a Bob and Dolores Hope Room. There’s even a mention of the Hope proposal on the hotel’s Wikipedia page.

The story: In early 1934, Bob Hope was courting Dolores Reade (born Dolores DeFina), a beautiful young nightclub singer who performed with the jazzy Jack Pettis Band. The band played a gig at what is now the Omni William Penn Hotel, and Hope allegedly came to Pittsburgh to visit the vocalist. The gig was real — but Hope was very busy in New York from November 1933 to June 1934, performing in a Broadway musical called “Roberta.” A trip to see a show in Pittsburgh then would’ve been tough to schedule.

In 1989 — long after the two were married — Bob and Dolores were in town for the U.S. Senior Open at the Laurel Valley Golf Club in Ligonier. The Pittsburgh Press newspaper asked Hope about his ties to western Pennsylvania; Hope said, “It’s a kick being here.” He also said he and his wife were married in 1934 in Erie, Pa. No mention of the proposal.
In a 1991 Pennsylvania Heritage magazine article about the history of the William Penn, writer Marianne Lee explained that the hotel’s then-general manager, Wayne Bodington, once asked Dolores if the marriage proposal story were true. Dolores is quoted as laughing and saying, “No. I didn’t meet him until I arrived in New York. But it’s a good story. Go ahead and use it. I won’t tell.”

Good for her. And the hotel. But it gets juicier!

As I was trying to find out more about the Hopes and the William Penn, the wise librarians in the Pennsylvania Department at the Carnegie Library of Pittsburgh — who help a lot of folks with family histories — immediately saw the Erie wedding as something they could investigate by using online state marriage records. They found no Hope marriage in 1934 in Erie. There was, however, a 1933 marriage license and proof of marriage for one Leslie T. Hope (Bob’s real name) and a Grace L. Troxell, who happened to be Bob’s vaudeville act partner for a while in the early 1930s. Although there’s proof of this first marriage, Bob Hope never acknowledged it, maintaining that his only marriage was to Dolores. Hope occasionally was asked why he was married in Erie, but he usually deflected the question with a joke. But in February 1934, when he supposedly proposed to Dolores, he still was married to the woman he had verifiably wed the year before in Erie! (He obtained a divorce in November 1934.)

Many of the potentially scandalous inaccuracies of Hope’s history are laid out in “The Secret Life of Bob Hope,” an unauthorized 1993 biography by Arthur Marx. Marx found a New York Herald-Tribune announcement of the Hope-Reade engagement on Aug. 4, 1934, but there seems to be no official record of the actual marriage. He reported, “When and where they actually tied the knot is a secret that very few people besides the combatants know.”

So, despite the glorious, romantic surroundings, there seems to be no proven connection between the William Penn and Bob Hope. Even with all the complications, though, Dolores Hope understood it was a good story. Why let facts interfere? Love may grow stronger through the power of a few good legends.

This article appears in the February 2015 issue of Pittsburgh Magazine.
Categories: Rick Sebak