Josh Gibson is a Doomed Monarch in The Summer King

In the essential new production by the Pittsburgh Opera, the life story of the Negro Leagues' most famous slugger is rendered as a universal drama. 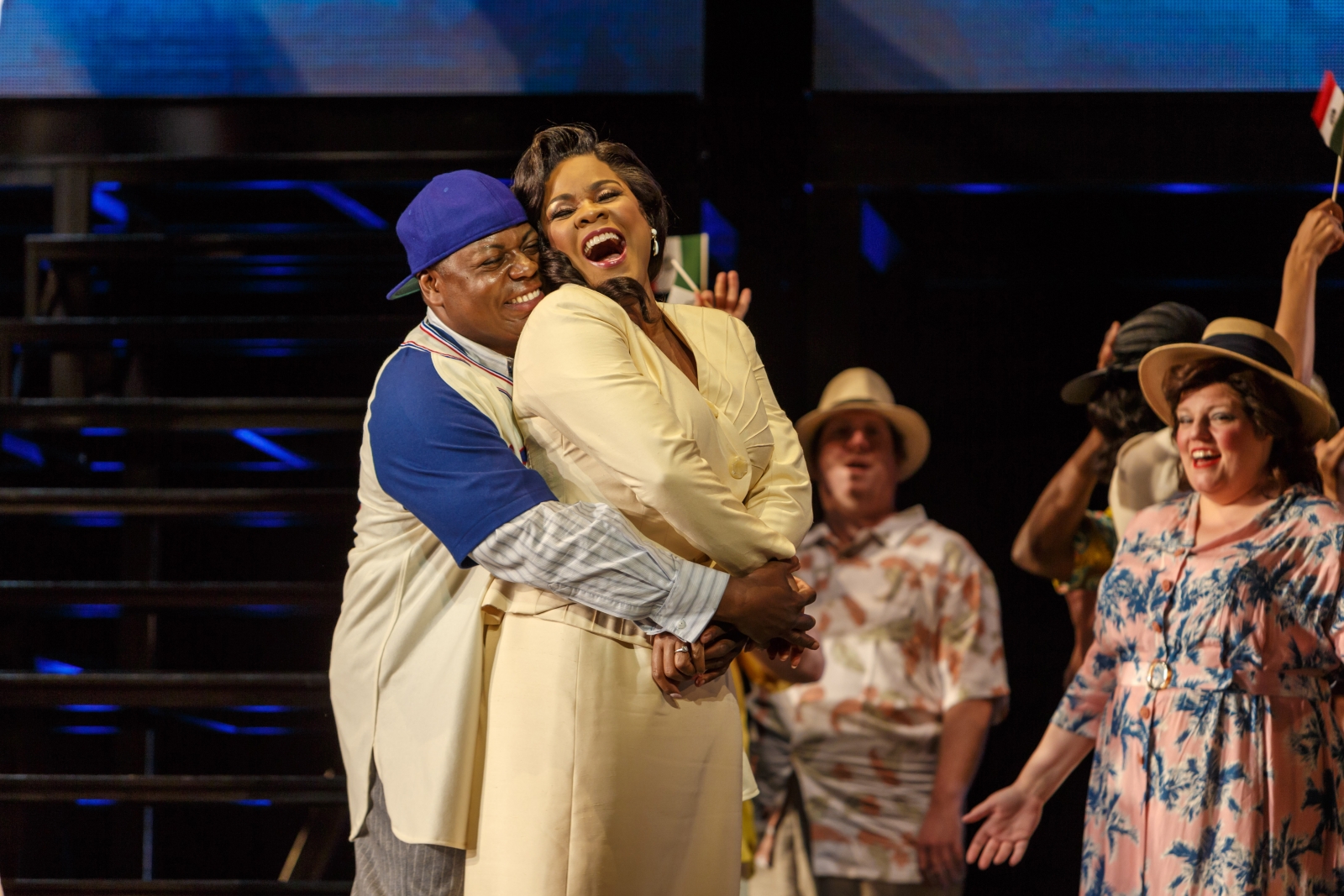 A hundred thousand Pittsburgh barstool debates have erupted over the subject of bronze — specifically, which sports heroes are most deserving of it. A stroll down the North Shore can feature visits with the likes of Clemente, Mazeroski and Rooney (as well as Fred Rogers, of course); add a trip to the lower Hill District and Lemieux can be found, as well.

For my money, though, one key statue is missing from the city’s roster. If we’re going to immortalize athletic achievement, perhaps no competitor from Pittsburgh’s past is more deserving of the treatment than Josh Gibson, the legendary catcher who still ranks among the finest ballplayers of all time — and almost certainly the best to never play for a Major League club.

The greatest legend of the Negro Leagues may not yet have a statue, but now, he does have an opera. In “The Summer King,” currently receiving a world-premiere run at the Benedum Center in a Pittsburgh Opera production, the famous slugger’s story is rendered as a tragedy; here, Gibson is a tormented king, plagued by loss (the death of his beloved wife, Helen, during childbirth), kept from his rightful throne by circumstance (had Gibson’s career peaked a few years later, perhaps it would’ve been he and not Jackie Robinson who first broke into the big leagues) and — perhaps — pride.

To head off a concern: No one need be intimidated by the idea of attending an opera, at least not in this case. “The Summer King” is sung in English, with full captions appearing above the stage. There’s nothing obtuse or toplofty about the production; to the contrary, it’s full of beautiful and very universal moments of theater, rendering its melodrama in terms more contemporary than classical. And while the music is undeniably modern, occasionally without the infectious melodies many novices associate with classical opera, it will captivate even the untrained ear. (Believe me — my ears are thoroughly untrained.)

Those with some added knowledge of the time period and baseball history will have plenty of added context; primary characters include legendary sportswriter Wendell Smith (played by Sean Panikkar), Gibson’s teammate Sam Bankhead (Kenneth Kellogg) and Pittsburgh Crawfords and Crawford Grill owner Gus Greenlee (Norman Shankle). The legends, stories and reality of the time period are all well-rendered.

Baseball fans will be captivated; those with no knowledge of Gibson or his milieu will be no less entranced. As Gibson, Alfred Walker is commanding and playful, effortlessly entertaining yet full of import and, eventually, heartache. (An unforgettable performance is also given by world-renowned mezzo-soprano Denyce Graves, as Grace, Gibson’s lover; another opera could be written for her character.)

“The Summer King” works not due to hometown pride or historic detail, but due to the grand drama of Gibson’s tale; while it’s all a matter of history, I won’t spoil the show by going into too much detail here. In short, upon viewing the show, the idea of an opera about Josh Gibson will no longer seem like a curiosity; it will seem like an inevitability.

As for that theoretical statue — I’d put it across the street from Clemente, at the foot of the bridge. Let the two greatest baseball players to call Pittsburgh home stand guard over the Allegheny for generations to come.

“The Summer King” has two more performances, scheduled for this Friday and Sunday. Details here.

This article appears in the May 2017 issue of After Dark.
Categories: After Dark