To commemorate its milestone, the downtown comedy club has a full schedule of events. 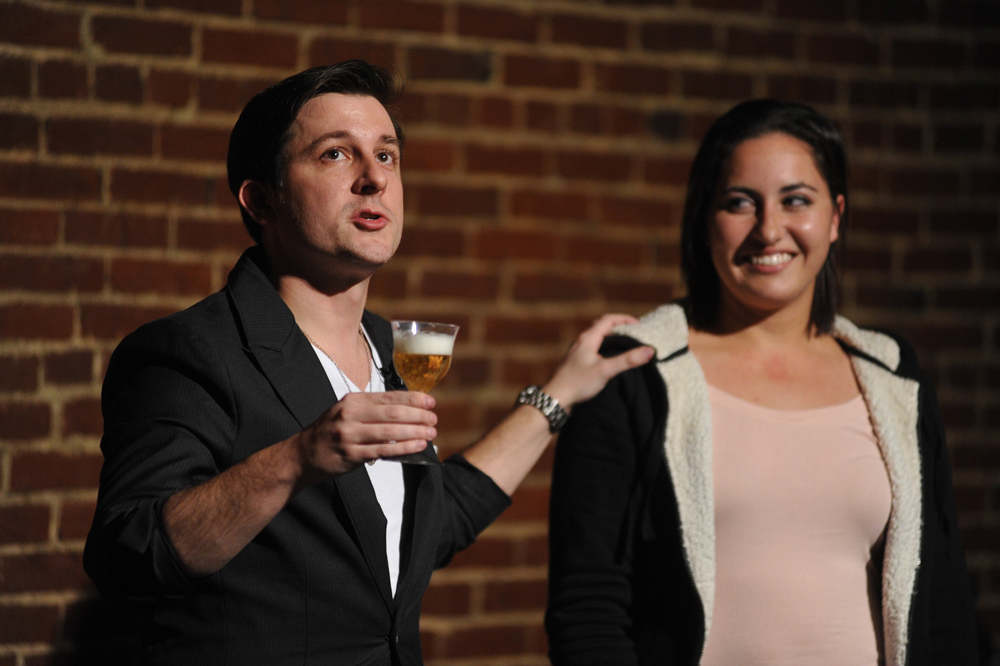 Since five friends founded Pittsburgh’s first nonprofit comedy theater last year, its comedian and follower bases have grown. The company built a repertoire of more than 100 productions through its weekly programming and increased its number of workshops and classes for all levels. A fair share of local outreach projects have sprung from the stage as well, raising thousands in funding for such local charities as Gilda’s Club of Western Pennsylvania and Dreams of Hope. So, go on: Support Arcade’s success this weekend, and look for more to come.

WANDERING INTO A FOOTBALL PUB FOR BRUNCH
Somehow, an ordinary Sunday-morning search for brunch led us to Piper’s Pub, the South Side’s beloved home of boxty, lager and football (of the European variety). A hearty Irish breakfast would do the trick, we thought . . .  neglecting to remember that the football crowds can pack Piper’s in the wee hours of Sunday morning, and completely ignorant of the imminent kickoff between Chelsea and Manchester United. This week’s After Dark is a story about patience, beer in the morning and sports. It ends with chicken and waffles. Rethink your weekend wakeup with help from After Dark!

HEAT UP THE WINTER WITH A JAM-TASTIC TRIP TO ALTAR BAR
Sometimes — OK, often — genres fail us. What we’re hearing as alternative nowadays would’ve been considered country a decade ago. Pop can be pop, or it can be techno, or it can be hip-hop. Sometimes it also can be country. Rock has simultaneously grown to encompass all music and evaporated into nothingness. Fact is, it’s just tough to categorize a lot of music — and Robert Randolph and the Family Band is a fine exhibit of that argument. The instrument-trading wizards and former Clapton opening act, under the leadership of gifted guitarist and energetic bandleader Randolph, are known for infectious, dance-crazed live performances. Are they blues? Soul? Funk? Rock? R&B? Gospel? The short answer to all of those questions: yes. They’ll bring their party to Altar Bar tonight.

IN THEATERS: Five varieties of romance hit Pittsburgh screens for Valentine’s Day weekend: young and funny (“About Last Night”), young and melodramatic (“Endless Love”), mythological and bewildering (“Winter’s Tale”), depressing and post-divorce (“The Past”) and older and wistful (“Gloria”). Or, you know, you could just see “Robocop.” PM Film Editor Sean Collier will appear on the 102.5 WDVE Morning Show tomorrow at 7:15 a.m. to review “Robocop” and “About Last Night”; he declined an invitation to review “Winter’s Tale” after being baffled by every commercial and trailer he previewed. Tune in to 102.5-FM or DVE.com to hear Sean’s reviews.

The 2014 Allegheny Sport, Travel & Outdoor Show will celebrate its 29th year at the Monroeville Convention Center through Sunday. —K.H.

This article appears in the February 2014 issue of PMWeekend.
Categories: Things To Do