The power of song brings a legend back to life. 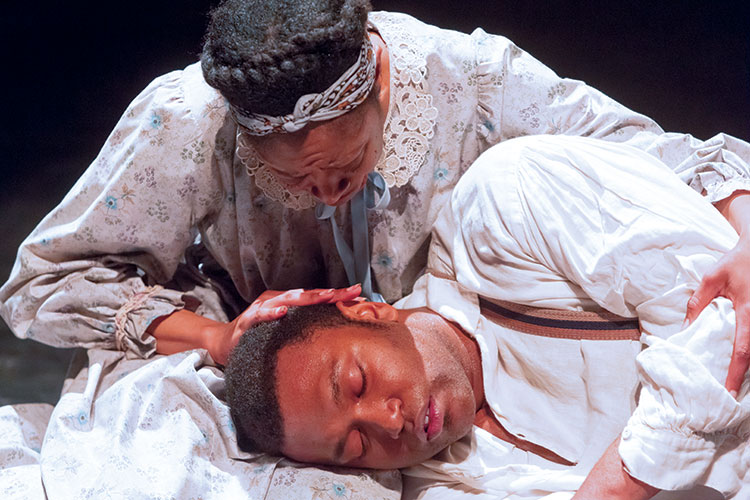 Anya Martin has a vivid memory of an elementary school music class.

Martin, director, lead playwright and producer of “JH: Mechanics of a Legend,” opening Feb. 10 at the August Wilson Center for African American Culture recalls a lesson in which the class was singing about John Henry, the steel-driving man.  According to folklore, Henry raced a steam drill to prove that machines weren’t better than men.

Although he won the race, it cost him his life.

“I was always drawn to the John Henry story,” Martin says, noting that her conservative and religious upbringing made her particularly interested in the idea that a person could live forever in song.

Martin is founding artistic director and producer for the Hiawatha Project, and when she wrote down ideas for her first four shows John Henry was among them.

The work song — which is what Martin likely heard that day in school — has different versions, but all tell the story of how Henry died hammering against a machine.

That complicated history of America makes the story resonate now. After Martin gave title character Monteze Freeland “Steel Drivin’ Man” to read, he says he felt compelled to portray Henry for the production. 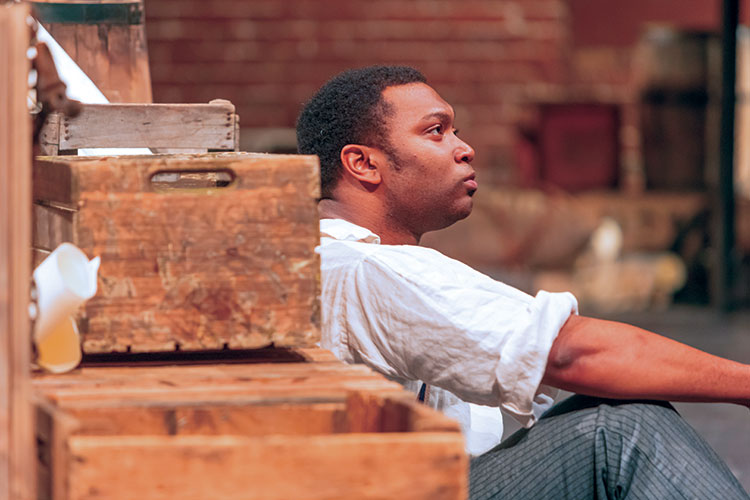 “I read that, and it really opened my eyes to the environment,” says Freeland, 29, also of Pittsburgh.

Students do not learn the whole story of the Reconstruction Era in school, he says.

“I think that instead of placing emphasis on the man, I would place the emphasis on the time period. Let’s focus on the machine of the country working the way it was designed to work. Show young people the circumstances that he lived and how he fought through that. That’s more powerful than this fairytale or myth or legend that we are teaching them.”

​Freeland joined Martin in 2014 to plan and research “Mechanics.”

“It wasn’t the steam drill that killed this man, it was social machines, systemized racism,” Martin says, adding that it was “societal machines, such as systematized racism, the criminal justice system and unchecked capitalism during industrialization.

“Working on this piece through the simultaneous acknowledgement of the Black Lives Matter movement and continuing tragedies of police shootings has been incredibly moving and impactful and has shaped the piece immensely.”

The play uses mainly primary texts with only a few instances of plain speak.

“When I was reading all these initial sources and stories I was so moved by them I thought, ‘They have to be in the show,’” Martin says. 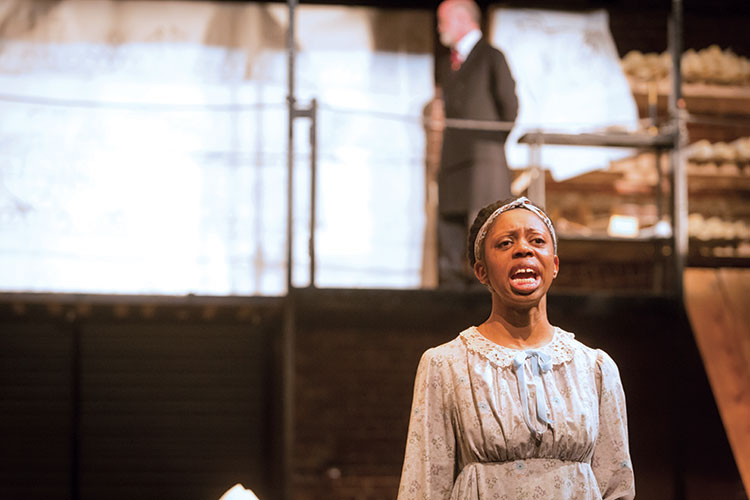 “When we first (performed the play) I had nightmares every single night,” Freeland says. “If you got through the day you probably experienced some form of torture.”

The torture of John Henry — in addition to getting arrested for being in the wrong place at the wrong time as a black man — Freeland says, still happens today.

“John Henry was the first African-American superhero, in a sense,” Freeland says. “Of course they know about abolitionists, but this man went above that, creating light.

“You may not see the light, but you have to knock down those walls to get to the light and sometimes it will cost your life.

“So powerful. We have to tell this story.”