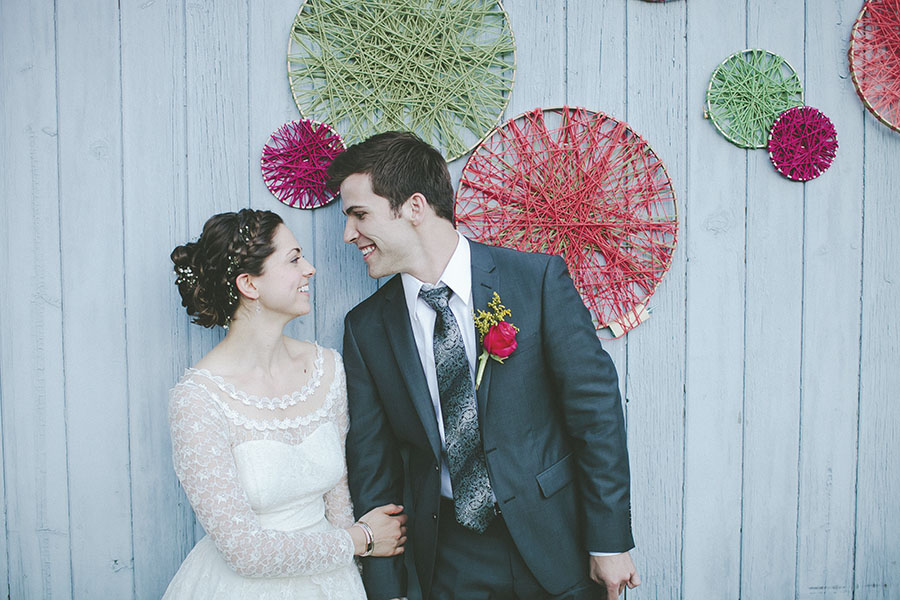 As travelers and musicians, Jon Chastek and Johanna Söderlund are accustomed to improvising. Although the pair met while studying music at Carnegie Mellon University, their courtship eventually spanned half the globe. Their do-it-yourself wedding showcased what the couple has in abundance: ingenuity, faith and love.

Jon, a Penn Hills native, grew up visiting Duff Farm in Penn Hills, where friends from his church lived at the time.

“It’s been a significant place for me for my entire life,” says Jon, 26, a research assistant at the University of Pittsburgh’s School of Pharmacy. 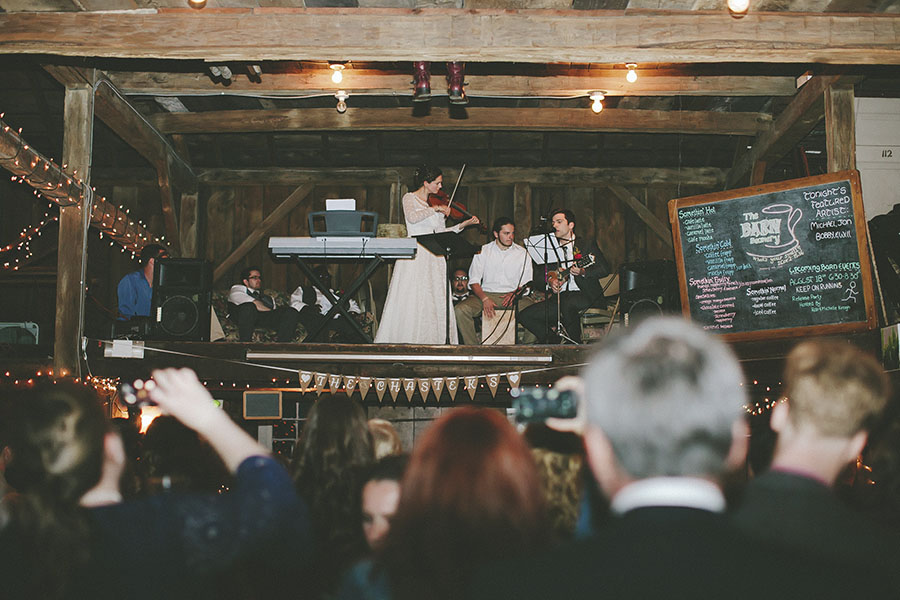 When it came to proposing to Johanna, he says it was natural to do so in the barn at the farm, with family and friends hiding nearby and ready for an engagement party. The barn also became their obvious choice of wedding venue.

With the help of friends and family, Jon and Johanna transformed the space. They strung lights, suspended glass-bottle decorations and window frames, and rigged a chandelier made from what Johanna describes as “half a tree.” In the days leading up to the wedding, Johanna’s father and brother constructed an altar decorated with flowers in hanging glass jars. 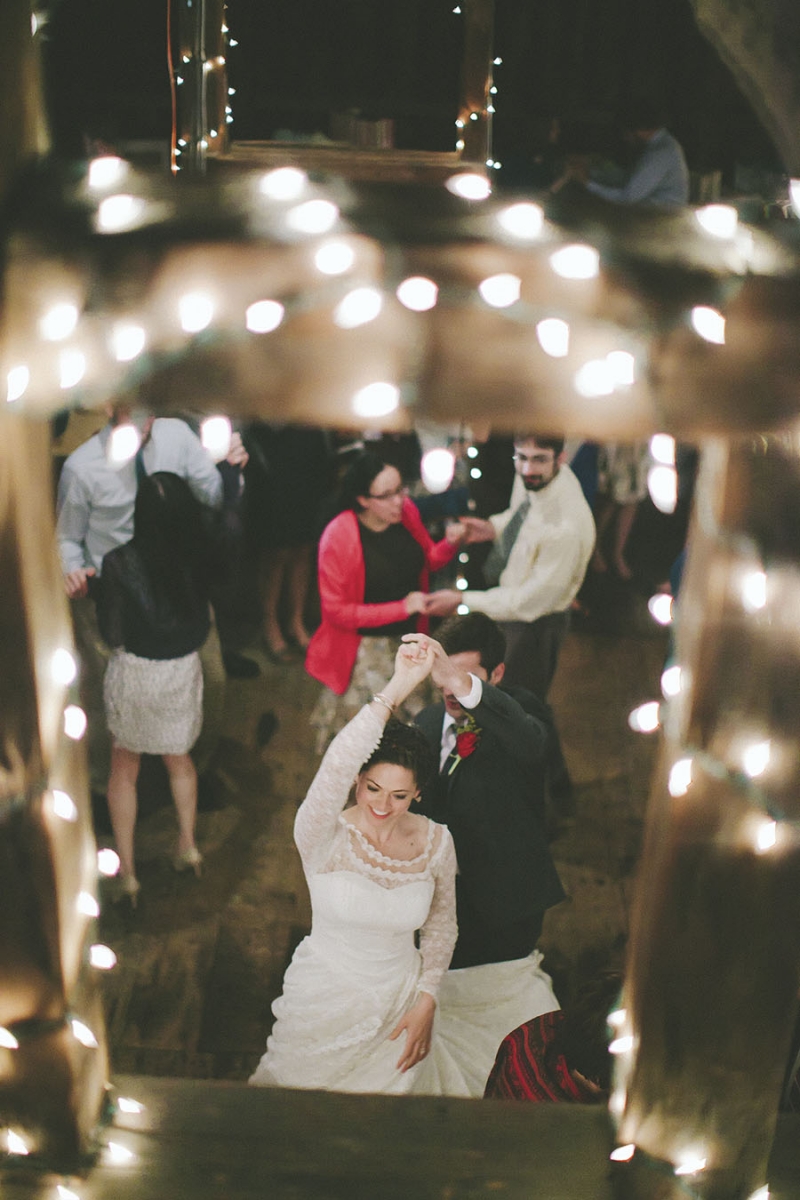 The couple opted to dine on a main course from Chicken Latino, and family and friends supplemented with a bounty of potluck dishes. With a few friends, the couple played worship songs that were significant to them. Andrés Cárdenes, Johanna’s violin professor from CMU and former concertmaster of the Pittsburgh Symphony Orchestra, played while the bridesmaids walked down the aisle. Johanna, in a vintage 1950s dress, walked in to “Divine Romance” by Phil Wickham.

Before dancing began, Johanna, a music teacher and violinist for the Three Rivers String Quartet, and Jon performed a song they wrote and recorded prior to their big day. Their wedding favor was a CD they had made together. 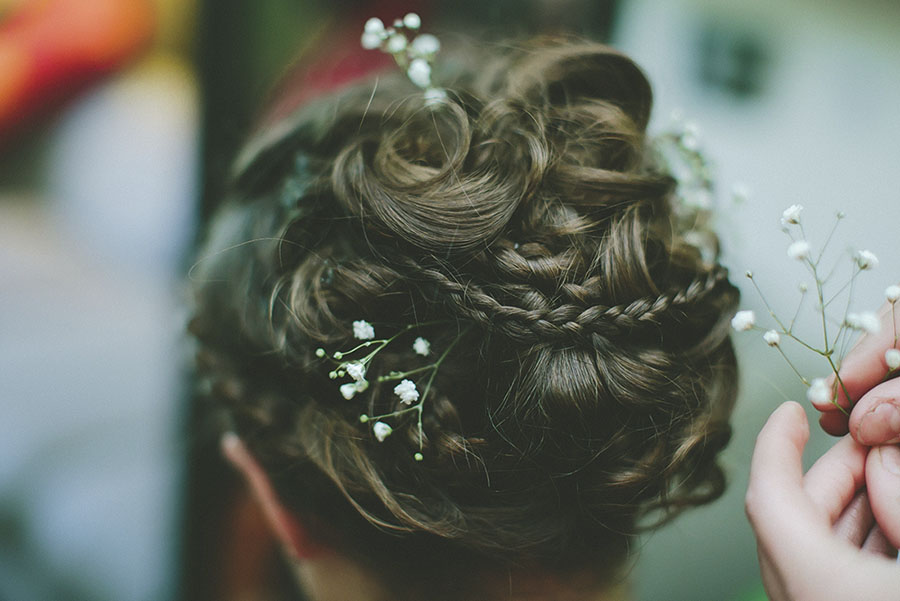 As the evening came to a close, the Highland Park couple set off floating lanterns with their guests.

“People travel a long ways, and you feel like you don’t get to talk with them enough,” says Johanna, 23, a native Alaskan. “Setting off the lanterns slowed things down and let us take a final moment of peace together.” 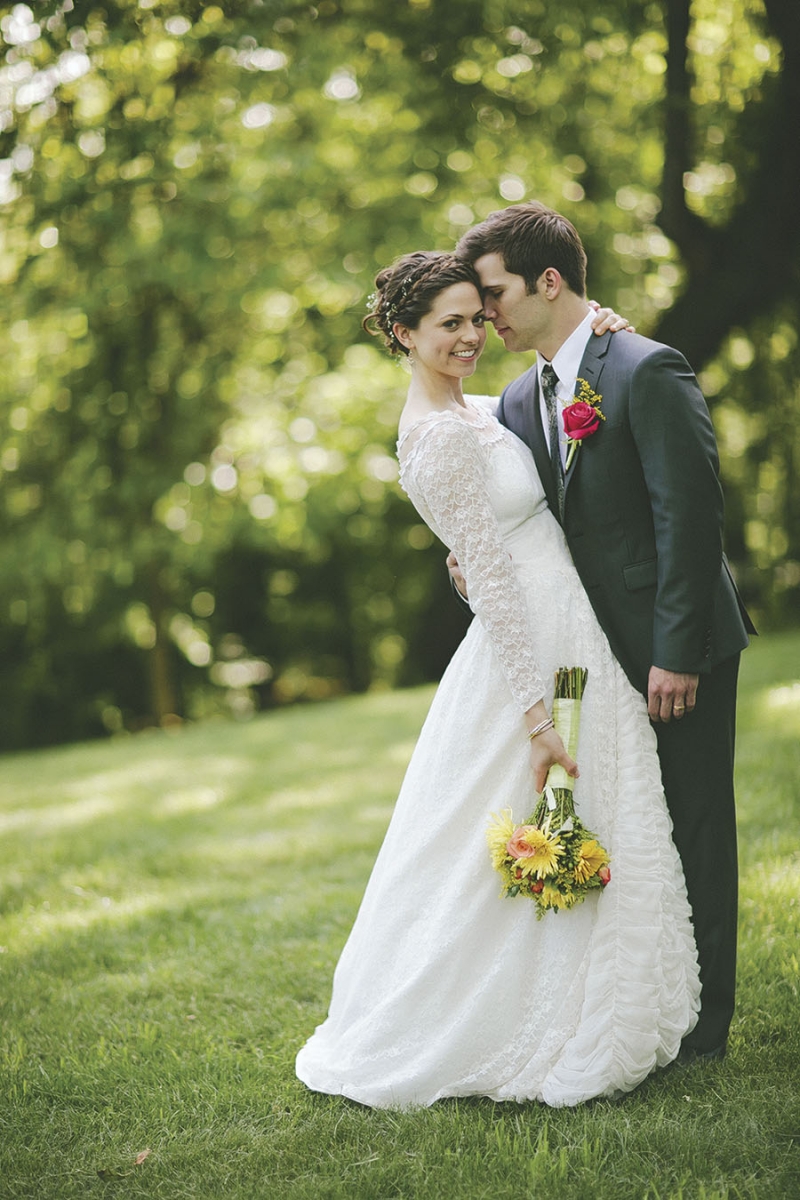