At this free concert, he'll be joined by Southside Johnny and the Asbury Jukes. 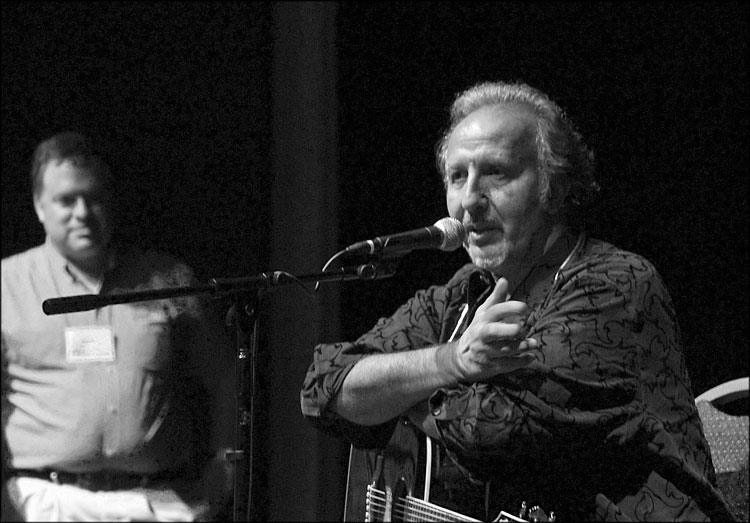 JERSEY SHORE ALL-STARS PLAY SOUTH PARK THIS FRIDAY
A disclaimer: PMweekend does not believe that Bruce Springsteen will appear tomorrow night on the South Park Amphitheater stage. PMweekend acknowledges that, from time to time, The Boss will drop in when friends and frequent collaborators — such as Southside Johnny and the Asbury Jukes and Joe Grushecky, both of whom will be at South Park Friday — are doing something fun. But PMweekend has no information that such a momentous occurrence will take place this Friday. Nevertheless, you should make tracks to the beautiful outdoor venue for this free show; few embody the Jersey sound better than Southside Johnny, who has released more than a dozen albums with the Jukes over the course of a 40-year career. And Grushecky, of course, is one of Pittsburgh’s greatest musical treasures. A trip to South Park this Friday is a guaranteed knockout of a good time. We don’t think Bruce will be there. We’re not implying that Bruce will be there. (And yet, all you’re thinking now is, “Maybe Bruce will show up.”)
(Brownsville and McCorkle roads, South Park; free; 7:30 p.m.; more info here)
— Sean Collier

HOG’S HEAD BAR & GRILL IS DRAWING FOLKS TO … RESERVE TOWNSHIP?
When we think of bar neighborhoods, some familiar names — Lawrenceville, Millvale, Bloomfield — jump to mind. But it’s nice to get a periodic reminder that every corner of Allegheny County has its signature watering holes (this is western Pennsylvania, after all). This week, After Dark is headed to little-hyped Reserve Township — the surprisingly large municipality north of Millvale and south of Shaler and Ross townships — to visit the buzzing Hog's Head Bar & Grill, which has been collecting glowing social-media reviews since opening in late 2014. See how Reserve’s home base stands up to the Bar Exam in this week’s edition of After Dark!

THINK AND DRINK AT THE CARNEGIE SCIENCE CENTER’S “SCIENCE OF BEER”
The Carnegie Science Center’s monthly 21+ Nights offer a great opportunity to fully enjoy the exhibits and grab some grown-up beverages — all without having to dodge dozens of field-trip groups during your visit. This month’s edition, set for Aug. 14, concerns the “Science of Beer,” so the museum is bringing in eight Pennsylvania breweries to offer samples and discuss their craft. The breweries include Duquesne Brewing Company, Straub Beer and Draai Laag Brewing Company.

You’ll also have the opportunity to see “Bubblemania,” a quirky stage show about the science of bubbles. The show’s led by Casey Carle, an entertainer who’s previously worked with Rihanna, Jim Parsons and Steve Martin. Pittsburgh-based alt-rock quartet Daily Grind will perform as well, and there’ll be discounts on the museum’s popular laser light shows throughout the event. Grab your tickets ASAP — the after-hours romp often sells out in advance.
(1 Allegheny Ave., North Shore; 6-10 p.m.; click here for tickets and more information)
— Brady Langmann

IN THEATERS: High-profile music biopics are released annually, but few in recent memory have been accompanied by as much hype as “Straight Outta Compton,” the story of N.W.A., the gangster-rap trailblazers who courted controversy and defined a genre in the late 1980s. Elsewhere on local screens, the half-century-old spy series “The Man from U.N.C.L.E.” takes a trip to the big screen, and the indie hit “The End of the Tour” depicts an intimate interview with the late writer David Foster Wallace, played here by Jason Segel.

The summer edition of Pittsburgh Restaurant Week is underway, with a focus on al fresco dining, farm-to-table offerings and more — with plenty of special offers to make getting the best grub in town a bit more affordable. Click here for a full list of participating restaurants. — S.C.